March 15, World Sleep Day. A time we woke up to the disease that is sleeplessness. 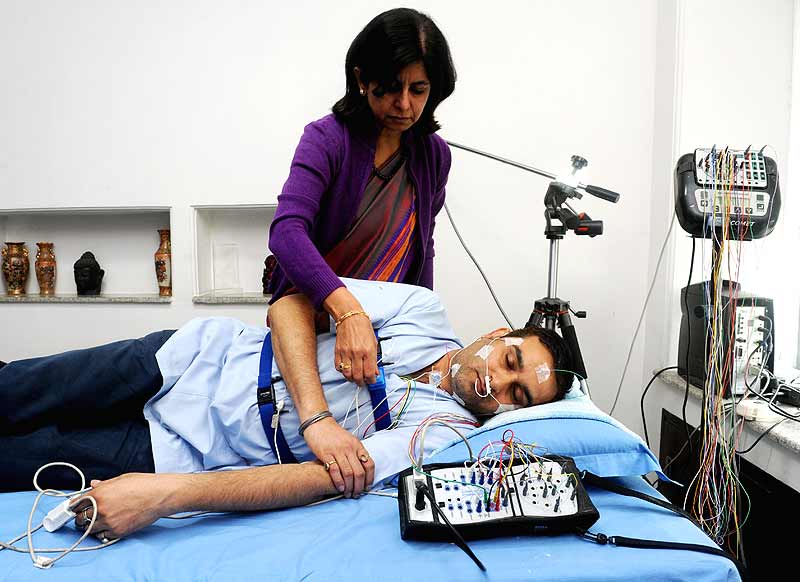 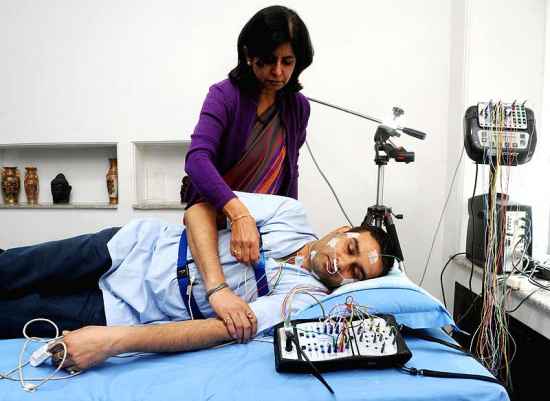 Coriander juice, midnight showers, hypnotherapy, sleeping pills...M has tried it all. Exasperated, she now kills time making breakfast at 1 am, shopping online, recording songs, communicating with tarot card readers in the US or simply chanting mantras to induce sleep. A former air hostess, she spends most of her time at home, yet sleep seems like a far-fetched dream. Under treatment for insomnia for over two years, M feels groggy through the day, suffers from short-term memory loss and anxiety. “Even when I’m lying down, I can’t stop thinking,” she says. “So I’ve started penning down my thoughts and plan my day in advance to reduce my disquiet.”

It’s the same for Saurav Sinha, a Calcutta-based media professional, who hits the bed around 4 in the morning...and is up by 6! Repeated visits to a psychologist, yoga, workouts and outdoor sports have not helped. In fact, he channelises his creative energy at night to write, paint or play the guitar. “I’m most attentive and productive at night,” he says. His doctor concedes, “You’ve just got too much energy.”

Saurav and M are part of a growing parliament of night owls in India. The number of insomniacs has shot up in the last five years. What was earlier perceived as a disease affecting mainly the elderly and shift workers is now affecting everyone, from schoolchildren to housewives. Although call centre employees, air hostesses, those in the entertainment industry and people working for multinational companies across different time zones are more prone to developing sleep disorders, it has also been affecting seemingly ‘normal’ people with stressful jobs, active internet usage and societal pressures. As Dr J.C. Suri of the Indian Sleep Disorders Association, Delhi, points out, “About 10 per cent of the youngsters suffer from chronic insomnia, even though there has been no comprehensive nationwide survey.” There are about 25 sleep labs in Delhi itself, and yet they are not able to cope with the stream of patients. 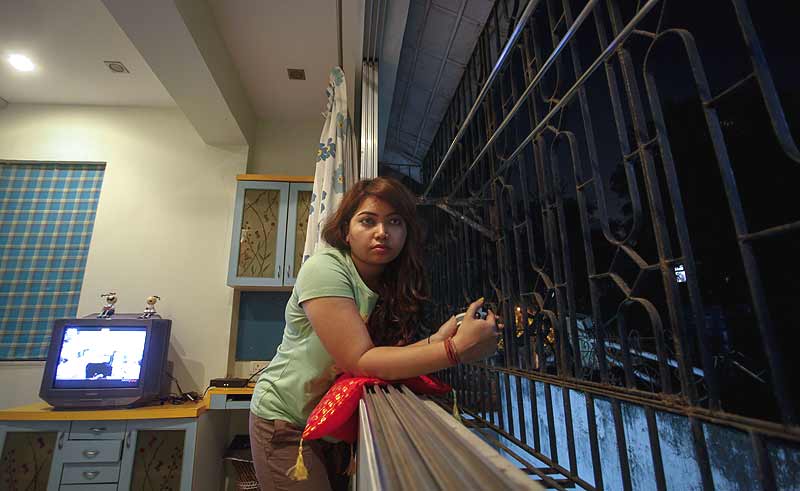 Psychologists say it’s a lifestyle disease caused by excessive use of gadgets, peer pressure, “pressure-cooker syndrome” at the workplace and the constant exposure to artificial light. Rohit Takalkar, who works as an accountant at a private firm in Mumbai, realised that even after deadlines were met, he maintained the same “wired up” routine. “One gets used to staying up late. I ignored it initially, but the fatigue got to me.” Joyjeet Mukherjee, who works in an IT company in Delhi, has taken the 4 am shift in his stride and utilises his free time to network, play the drums or rustle up quick recipes.  Many have no other way out. Ask Mohammed Tanveer, 39, a team leader who has been working a 3 am shift in a call centre for eight years. “The first couple of years you manage to push yourself, but after that your body gets tired. Resistance decreases. It is impossible to get proper sleep no matter where you are. We doze off when we are with our families, in cabs or trains. There is no social life,” he rues. He gets a maximum of three hours at a stretch, which is also often fragmented. A father of two, he is rarely awake at the same time as his children or wife. Why doesn’t he look for another job? “There is no other job that pays as much as this for people who are as educated as we are.”

Tanveer’s might be a job-related problem but, more worryingly, insomnia is setting in at an early age. At the sleep disorder clinic in Mumbai’s plush western suburb of Khar, most of Dr Preeti Devnani’s patients are from the 18-25-year age group. “Apart from work, social obligations also result in chronic sleep deprivation,” she says. The telltale signs are irritability, poor concentration, behavioural changes and, for students, disinterest in class. She blames performance pressure, extracurricular activities, the internet, TV, consumption of energy drinks and amphetamine variants for keeping the brain awake. Pra­tyusha Das, a Class 8 student of St Stephen’s School, Calcutta, keeps reading or playing computer games till late at night, sometimes dozing off on her desk. “No matter how exhausted I am, I can’t sleep early.” According to IMRB International’s web audience measurement in India, there has been a 40 per cent increase in the number of people online between 12 am to 8 am. Yet, at that age, it’s possible to compensate for the cumulative sleep loss. The “catching up” over the weekend helps the young partly make up for the sleep debt. Clinical psychologist Seema Hingorany often finds herself counselling youngsters who have no ‘Plan B’ in life, leading to frustration-induced depression. “Endu­rance levels are very low among youngsters. If your visa is rejected or if someone gets a promotion ahead of you, you get depressed and spend sleepless nights. It happens because there is no contingency plan.” 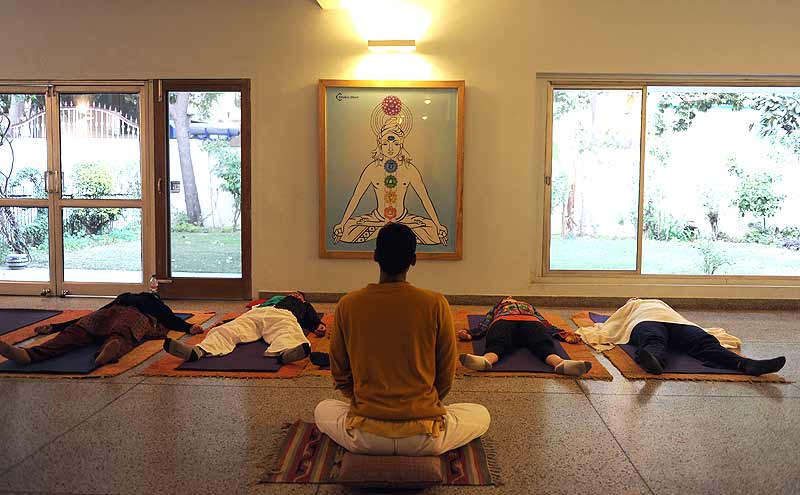 Shavasana At repose at the Shivananda Yoga Vedanta Centre. (Photograph by Jitender Gupta)

Women too seem to be especially prone to sleep disorders. At least a few patients a month who come to Dr Manvir Bhatia’s Neurology and Sleep Centre in Delhi are housewives. The lack of a purposeful day and addiction to late-night serials on TV are the common traits. “A movie keeps playing in their heads. They just can’t shut it off.” Why you can’t sleep at night has a lot to do with what doctors call sleep hygiene. Says Dr Prashant Chhajed, chest physician, Kohinoor Hospital, Mumbai: “The bedroom should be associated with sleep and not mobile phones, smart phones, laptops or television. Add to that midnight snacking or dinner by the bedside. Not to mention alcohol and cigarettes, which also lead to fragmented sleep.” While sleep serves a restorative function, the lack of it could make people feel delirious, lethargic and/or insecure. “A disturbed sleep cycle can also trigger neurochemical and hormonal changes in the brain, affecting general health and well-being,” says Dr Sameer Malhotra of Max Hospital. Insomnia can lead to hypertension, fluctuating pressure, gastric disorders, poor resistance to serious diseases and delayed healing process. Dr Sanjay Manchanda of Sir Ganga Ram Hospital, Delhi, says what has alarmed him is the four-fold increase in the number of cases in the last five years.

So how can one prevent the life-threatening lifestyle disease from creeping into our bedrooms? Cognitive Behavioural Therapy for Insomnia (CBT-I) helps patients focus on intensive sleep retraining and conditioning. Alternative remedies are sometimes effective. Dr Vinod Sharma of the Ayurveda Medical Association of India, Kerala, has at least 25 patients a month seeking cure through Shirodhara (pouring of medicated oil or milk on the head for 45 minutes), or ayurvedic tablets. Symptomatic treatment through hom­oeopathy has also helped some patients. Naresh Arora, a Delhi-based aromatherapist, prescribes relaxins to soothe the nerves. Orange blossom, geranium, ylang ylang, lavender, jasmine and rose oil are used for room aroma, while a bath in dead-sea salt exfoliates the skin and washes out the toxins. Mani Chaitanya of Shiva­nanda Yoga Vedanta Centre says Yoga Nidra helps one regularise one’s thoughts and withdraw from painful or joyous experiences.

But the first step is to recognise insomnia as a disease and go for treatment. Depending on the causes and time taken to identify the problem, a patient may take anything from a couple of months to a year to fall into a routine. Discipline, however, is non-negotiable.

By Priyadarshini Sen and Prachi Pinglay-Plumber with Dola Mitra