The Yankees Are Coming

The positives in IPL 2.0's favour are too numerous for them to slip on a bit of dew on the outfield 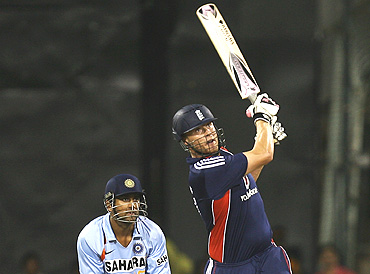 outlookindia.com
-0001-11-30T00:00:00+0553
In the days before the Indian Premier League showcased its Season II, the countdown ticker in the corner of the screen on South Africa's top sports channel, Supersport, said it all. It hadn't been marking off the days to next year's Fifa World Cup, this year's rugby tour by the British and Irish Lions, or even football's Confederations Cup that starts in June. The broadcaster has the rights to all those tournaments, but its success is based on understanding the mood of South African sports fans: so the ticker counted the days to the start of the IPL.

The South African love affair with the shortest form of cricket truly blossomed during the inaugural Twenty20 World Cup in 2007—won, of course, by India. The format is ideal in a country where Test cricket is still regarded as the top form of the game by players, analysts and experts, but largely ignored by the mass market. Even the recent thrilling Test series against Australia could not ensure a full house every day.

In contrast, within a week of the first tranche of tickets for the IPL (games until the end of April) going on sale, the opening round of double-headers was sold out. Nyaniso Sam, one of the South African organisers for the IPL, said of the sales, "It's been beyond expectations". Apart from price and simplicity, a sporting culture and promotional success might be added to the list of reasons why locals are flocking to the IPL. South African football fans are used to buying tickets at the gate, whereas there is a greater culture of pre-booking tickets among cricket lovers. 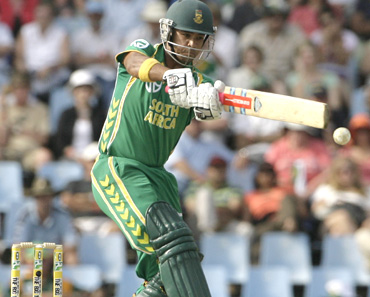 J.P. Duminy, team Mumbai
Price: $950,000
Why: His batting against Australia Down Under was a revelation, very powerful square of the wicket, a brilliant fielder

So it seems the fans are keen, but will the weather play along? Most of the country is a summer rainfall area, with the dry season stretching between mid-April and August. Cape Town and Port Elizabeth tend to have winter rainfall, but very little in autumn. Temperatures are also unlikely to be very low, as the matches will end in early evening to suit TV viewers in India. 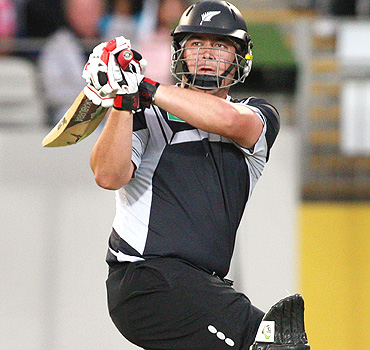 Jesse Ryder, team Bangalore
Price: $160,000
Why: His 2 centuries against India speak for his blistering form. Notable T20 score: 62 of 41 balls against W. Indies.

The fly in the ointment, however, might be dew. Newlands in Cape Town and the Wanderers in Johannesburg, in particular, are notorious for the outfields becoming damp very quickly in the evening. This problem aside, Wanderers head groundsman Chris Scott is not concerned about how his pitches will stand up to matches so late in the season. To suit the big-hitting format of the series, the boundaries at the venue—which will host the final—will be brought in and the pitches rolled very flat.

Left-arm swing bowler Yusuf Abdulla, who made his debut for the South African T20 side against Australia last month, does not think there will be a problem with pitches holding up. Abdulla, who has been signed up by the Kings XI Punjab, said: "Last year our domestic season ended quite late, and there was no problem. The IPL is just for a few weeks, not for months, so there's not really anything to worry about."

Abdulla and his new teammates have been playing a few practice matches and eating team suppers to promote bonding. They are currently based in Port Elizabeth. Abdulla plays domestically for the Durban-based Dolphins, and—because he is the only South African player in the Kings XI squad—his teammates have been pumping him for information on local conditions. "It does help that I know the wickets, and where to bowl—and I've taken a few wickets in our practice matches. But bowling will be difficult, as the groundsmen will surely keep the wickets as flat as possible." 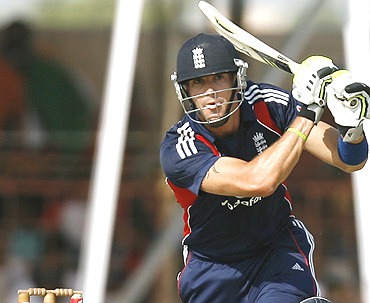 Kevin Pietersen, team Bangalore
Price: $1.55 million
Why: One of the world’s premier batsmen. Powerful and inventive, he could be key to his team’s success.

Veteran cricket writer Archie Henderson believes teams will have less trouble than some people think with the switch from Indian conditions to those in South Africa. "Those groundsmen are going to pull out the heaviest rollers and make sure the tracks are completely flat. The Wanderers (often thought of as a seamer's wicket) will be like a big, shiny mirror," he says. "T20 is all about the big hits—the sixes are what people come to see." Henderson thinks Wanderers won't be the only ground where the boundaries will be brought in. 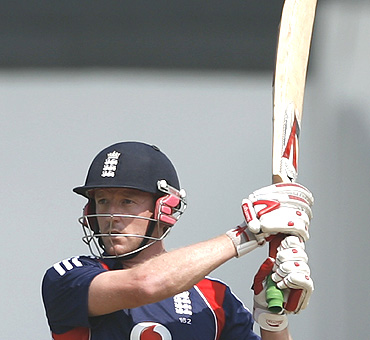 Paul Collingwood, team Delhi
Price: $275,000
Why: A greatly underrated cricketer, he’s a clean hitter, a very fine fielder and a useful bowler on his day

Most of the international stars who stud the IPL teams, including those who play for the Indian national team, have played on South African wickets before. They are unlikely to be fazed by the different conditions. But the Indian domestic players, many of whom have not travelled beyond the subcontinent before, might take a couple of games to adjust. They, Abdulla says, are the teammates most keen to tap into his experience, and who are benefiting most from practice matches.

In an odd twist, the success of the IPL in South Africa might be aided by a reason similar to why it was moved from India. South Africa will hold its fourth general election since the transition from apartheid on April 22, just four days after the first IPL match. The lead-up to the election has been marked by an absence of violence, but great political intrigue, as African National Congress leader and presidential frontrunner Jacob Zuma had corruption charges against him dropped earlier this month. The central bank has begun dropping interest rates—mostly because of falling inflation, but also for political purposes—and the average South African is becoming more optimistic about the economic outlook. The IPL also reinforces national pride in South Africa being a safe and welcoming host for international sporting events. All these factors are likely to spill over to the cricket. South Africa is ready to celebrate, and the IPL is the best party in town.

(Julia Beffon is a journalist with The Times)

How To Build A Raging Fire