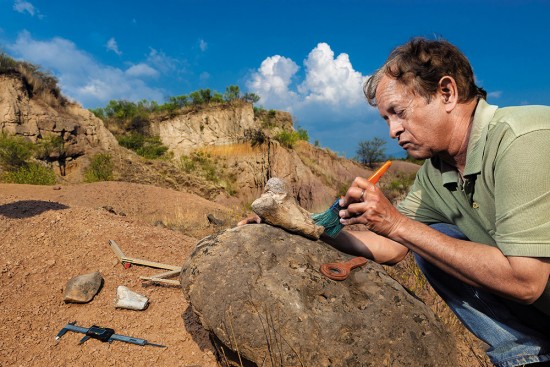 Masol has historically given anthropologists and geologists many pieces in the evolutionary puzzle. Experts have been drawn to the area since Sivapithecus—apes from two million years ago—were found in the Shivaliks in the 19th century.

How did they date the mat­erial found at the sites?

Multiple methods were used, including stratigraphy (assessing age through association with geological depo­sits or formations). Identifying layers of rock dating back to different peri­ods is what helps to date the mate­rials found embedded in them.

How and when did the disco­very happen?

Th­ere wasn’t one discovery but many. Besides three bones with cut marks, the tools used on them were found from the rock layer of the same age. The first stone tool found in a rock layer in 2008 dated older than 2.58 million years.

How did they come to this conclusion?

The fossilised bones were first dated and...