Opinion polls may err, but they must stay 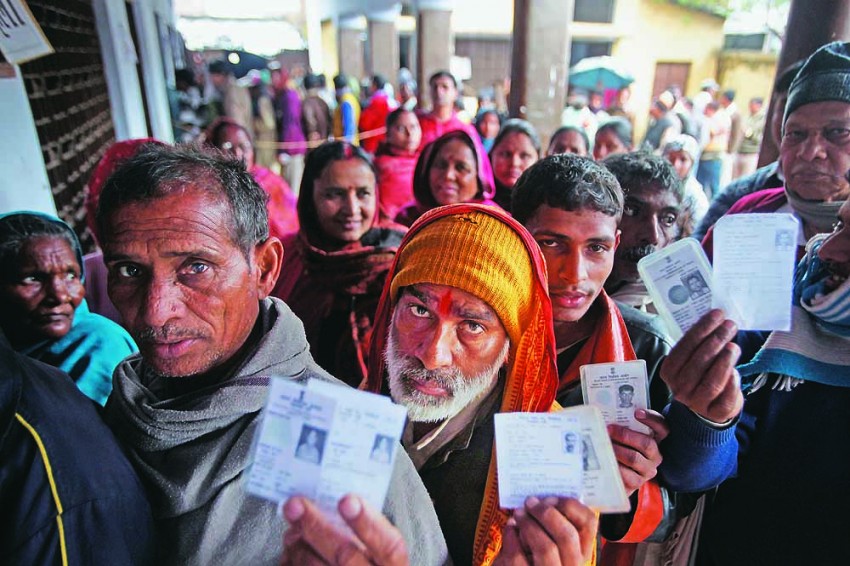 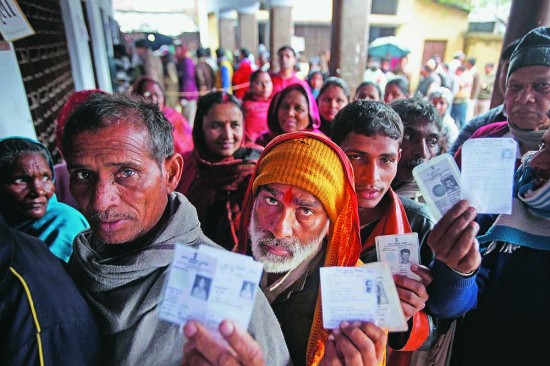 There’s a puzzle. Opinion polls, which newspapers and TV channels conduct before elections, sometimes get their predictions almost right, sometimes dead wrong, often in between. Many voters, and indeed politicians, eagerly await the outcomes of surveys to suss which way the wind is blowing, but parties for whom they spell doom often raise the spectre of polls being “motivated”. These parties are shrillest in their call for a ban on opinion polls, while those whose prospects app­ear ros­ier beam in the ‘feelgood’ created by such surveys. How does one make sense of the scepticism and the frenzy that seem to go hand in hand?

The loudness of the Congress’s call for a ban is proportional to the scale of opi­nion stacked against it. Whether it would have sought a ban if surveys had veered even remotely in its favour is anybody’s guess. Similarly, there’s no surety how the BJP, now shown as a frontrunner, would have behaved if the popular mood had seemed against it. The Election Commission, in receipt of petitions from the Congress, is seeking a ban on opinion polls by asking the governm­ent to bring in the requisite law. In the recent past, the EC has banned publication of exit poll results till the last vote has been cast.

“Many media groups are owned or controlled by politicians or corporates, raising questions about the motives behind polls.”
Bhaskar Rao, Director, Centre for Media Studies

This thumbnail sketch does not fully describe the richness or complexity of the situation. For one, there is a lot of scepticism about the process of opinion polls among the political class. Even electorally well-placed parties such as the BSP, JD(U) and TMC are against them. Second, neither opinion polls nor the debate about them seem to factor in the smaller parties and independents whose views—and cumulative effect on elections—get systematically overlooked.

So should opinion polls be seen as just another seasonal tamasha in the run-up to the real event, much like the high-decibel TV debates and opinions in print? Or, because pollsters can get their predictions wrong, can it be asked if they are spreading disinformation? Do the polls have the ability to swing votes in favour of a party on D-day? Equally important, is freedom of expression at stake here?

That opinion polls generate a lot of heat in the media is beyond doubt evident in the space and airtime devoted to them. As for their benefits in an age of politician- or corporate-owned media, the question is answered by Bhaskar Rao, director, Centre for Media Studies, credited with having started opinion polls in the country. “A quarter or more of news media is under control of political interests and corporates, raising the question of motives. What a poll survey brings out and projects is context-specific, and its relevance and even accuracy would alto­gether be different in a different context and at a different time, making the very exercise futile, even misleading. Taking recourse and linking the concern in this regard to press freedom or free speech is an industry perspective meant to divert the core issue,” says Rao.

“The shrillness of opinion on either side detracts from serious debate on opinion polls and their indispensability.”
Yogendra Yadav, Psephologist and AAP member

On the other hand, the constitutional fathers have guaranteed the freedom of expression. “The freedom of expression includes the right to express and communicate the same,” says Ashok Desai, former attorney general of India. “The restrictions on this freedom are also spelt out in the Constitution and the courts have always taken note of it,” says Desai.

Incidentally at an all-party meeting in 2004, the EC had recommended some restrictions on the publication of results of poll results. As of now, the ban on election survey results 48 hours before the elections is binding on the media. This was done on the apprehension that such surveys influence voting.

However, there is, as of now, no scientific study to prove opinion polls influence voter behaviour. But in the battle of perceptions, opinion polls do come in handy for political parties. Says Yoge­n­dra Yadav, psephologist and Aam Aadmi Party (AAP) member, “The shrillness of opinion on either side detracts from any serious debate on opinion polls or their indispensability to democracy.” It has indeed become quite aam for the AAP itself to project the predictions going in its favour in Delhi. From seven seats to 18 seats—the opinions are now swinging in its favour. But asks Yashwant Desh­mukh, founder/chief editor of C-Voter, “Shouldn’t the voter be given the right to know who is winning? Is there anything called uninfluenced voting?” 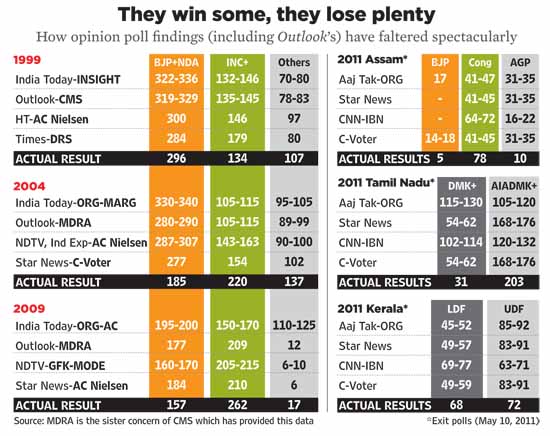 The final sanctified outcome, of cou­rse, is known only when the results are out. The surveys, say politicians, are a subversive threat. The threat lies, say politicians, in their ability to influence the voter. Hence the need for greater transparency in how they are condu­cted. Influence, however, is confined to the 4-6 per cent undecideds likely to cast their votes, which, in terms of seats, can swing in favour of any party.

Putting the track record of a pollster­—and the ownership of the group hiring him—should be part of transparency rules.

Opinion polls are useful, but need regulation, admits Yadav. A view Rao tends to agree with. Says he, “A ban is not the answer but more transparency and accountability from pollsters is definitely the need of the day.”

Do opinion polls force people to come out and vote? Rao gives the examples of Mumbai and Delhi, which have the lowest turnout in elections, compared to other cities. They also happen to be places where media and opinion-makers are concentrated in large numbers. “Are opinion polls act­ually preventing voters (in scientific parlance they are called pre-emptive polls) from coming out to vote following projections of a clear winner?” Rao asks. In other words, does the voter think that, since a particular candidate is winning anyway, why bother to vote? There are no easy answers.

But one thing is for sure: a ban is certainly not the solution. Rao, too,  calls for transparency in the manner in which such polls are conducted and says pollsters should stop short of predicting the actual seats. The way out, as suggested by some pollsters themselves, is mandatory disclosure on the sample selection and its social profile as well as the sponsors of the polls. In the proliferation of media and the questions being raised about media groups’ ownership, the opinions displayed by them would carry greater credibility if the track record of the pollsters is put on display. A greater rigour going into ana­lysis rather than merely predicting the outcomes of political parties will go a long way in informing the voter at large.

Do Little Boys Grow Up?