The Walled City Isn’t The Old One

The lack of public spaces, the gated communities, the norms of collective living elude us. And then we talk of our unhinged free-floaters. 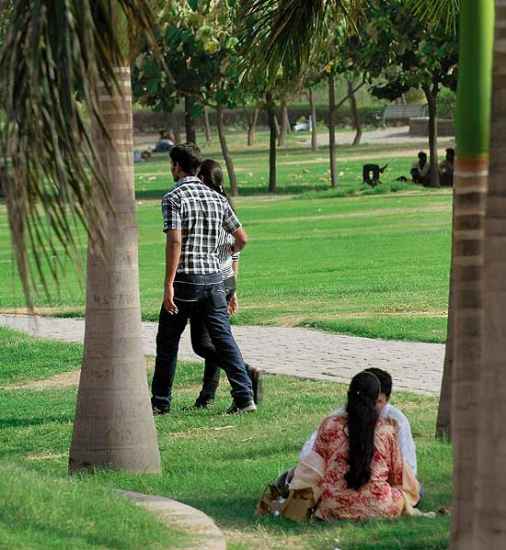 Once on a flight from Dubai to Delhi, I sat alongside two Punjabi carpenters on a short visit home. Throughout the barely four-hour flight, the two pestered the stewardess with continual requests for  Scotch, and insisted on calling her “waitress”, even tugging at her dress as she walked past. She was a white woman, and as full paying passengers they felt entitled to her in any way they wished. In hushed tones amid chuckling noises, they talked amongst themselves on how they would treat her if the inside of the plane was suddenly rendered completely dark. It mattered little that their offensive remarks were being overheard by everyone around them­—for it was an odd badge of entitlement brought on by their new status as successful Indians settled abroad. Besides, they belonged to an old civilisation, older than anything the barbaric ancestors of the white stewardess—or waitress—could ever imagine. The new India of 7 per cent plus annual growth rate only encouraged their attitude.

In the shadow of the recent gangrape in Delhi, there are obviously many issues being raised; changes in mindset, enacting of new laws, security arrangements, police attitudes, public behaviour, additional patrolling, better street lighting, more women bus conductors. Yet, the prime cause of urban distress in Indian cities remains unaddressed—a condition that stems largely from an acute absence of public space, indeed, from the utter lack of the citizen’s participation in urban life.