And our country has had its share of a motley crowd 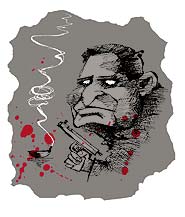 Nathuram Godse
His finger pressed the trigger to pump three bullets into Mahatma Gandhi, conjoining for perpetuity the apostle of nonviolence with his very antithesis. Godse fervently believed Gandhian philosophy would render the nation effete and lead it to ruin. Psychologists, however, say Godse's militancy actually sprang from his confusion about his sexuality—his parents had brought him up as a girl, and his name was changed from Ramachandra to Nathuram, after the nose-ring (nath) he wore.

Gaya Ram
He's the original cause of the anti-defection law, an everlasting symbol of the political phenomenon of legislators defecting from their parties for power—and hard cash. In 1967, this MLA from Hassanpur, Haryana, changed parties faster than you and I change our socks, switching his allegiance three times in 24 hours, thus enshrining in the political vocabulary the phrase, "Aya Ram, Gaya Ram" to describe shameless side-switching.

The faceless terrorist
He was born the moment the nation sounded the chimes of freedom. He was viscerally opposed to the very idea of India: its geography, its ethos, its vision of the future. He shunned democracy for the gun, smearing the last 60 years with the blood of innocents. From Kashmir to Kanyakumari, his outrageous passion has been harnessed, sometimes with help from across the border, to promote three different causes—secession, retaliation against a perceived religious hurt, and economic liberation of the countryside from the rapacity of urban India. His existence is symptomatic of India's hopes gone awry. 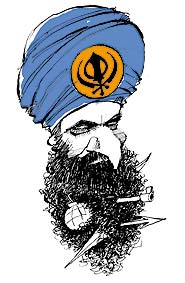 Jarnail Singh Bhindranwale
He's a reminder of how quests for religious purity can turn rabid. He emerged in the 1970s as a preacher seeking to reform the Sikhs who, swayed by prosperity and modernity, had taken to drugs and clipping their beards. This 'holy quest' inspired him to target the Nirankari sect, whom he considered untrue Sikhs, earning himself a huge following overnight. Emboldened, Bhindranwale hijacked Punjab's autonomy movement, subsequently piloting it on a flight to Khalistan. He ordered killings of Hindus as well as of Sikhs who opposed him. The nightmare lingered even after he died in Operation Bluestar in June 1984. 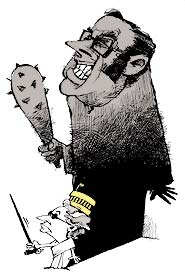 Sanjay Gandhi
Indira Gandhi loved Sanjay as only mothers can—unconditionally. And he exploited it to wreak havoc in those dark days of the Emergency, of midnight knocks and arrests. Sanjay became an extra-constitutional authority. He lorded it over cabinet ministers, manacled the press, bulldozed slums to beautify Delhi, initiated a family planning programme that resulted in forced vasectomies. His excesses earned him the sobriquet of Sanjay the Terrible. 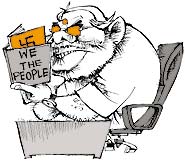 Narendra Modi
Long before he burst on to the national scene, social-psychologist Ashis Nandy had interviewed Narendra Modi, then a simple rss pracharak. Nandy emerged from the interaction believing he had found a "classic, clinical case of a fascist." He writes, "Modi had the same mix of puritanical rigidity, narrowing of emotional life...denial and fear of his own passions combined with fantasies of violence—all set within the matrix of clear paranoid and obsessive personality traits." Nandy was prescient. In 2002, as chief minister, Modi refused to stop (read: encouraged) the rampaging mobs of Hindus who committed acts of unspeakable barbarity against Muslims. 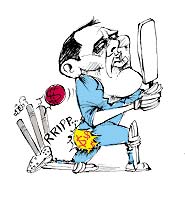 Mohammed Azharuddin
He won't be remembered so much for his wristy elegance as for robbing Indian cricket of its romance; for sowing doubts in the minds of viewers about whether a dismissal has been deliberately crafted, whether slow batting is on the orders of bookies, whether hopes of easy victory have been sold for easy money. A CBI inquiry found Azhar (and three others) guilty of an unholy liaison with bookies, prompting the BCCI to ban him from cricket. Azhar has moved the court to have his suspension revoked. 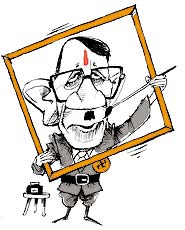 Bal Thackeray
This former cartoonist has reduced democratic politics to a poor caricature of what it was supposed to be—in style, in substance, and even rhetoric. He built his political following by demonising 'the other'. The South Indian in Bombay was his initial object of hate, later it became the Muslim. His speeches and articles following the demolition of the Babri Masjid sparked the ghastly 1992 Mumbai riots. His mindset is best revealed through these words of admiration for Hitler: "He did very cruel and ugly things. But he was an artist, I love him. He had the power to carry the whole nation, the mob with him. You have to think what magic he had. He was a miracle." 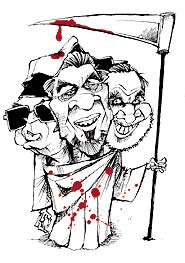 HKL Bhagat, Sajjan Kumar, Jagdish Tytler They are the Congress party triad accused of fomenting the grisly 1984 Delhi riots, during which helpless Sikhs were set upon by bloodthirsty mobs aiming to avenge the assassination of Indira Gandhi. One inquiry commission after another—the last being the Nanavati Commission—has found evidence of their complicity in what was, like the Gujarat riots, a veritable pogrom. But all the 'credible evidence' couldn't nail the trinity in any court, revealing the Indian state's propensity to align with communalism. Writer Khushwant Singh said about those days, "I felt like a refugee in my country. In fact, I felt like a Jew in Nazi Germany." 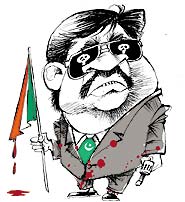 Dawood Ibrahim
He defies imagination, surpassing underworld dons who have preceded him. Starting as a petty hitman, he later built a transnational empire worth millions. Politicians courted him, a well-known actress bore his child; no one turned down invites to his lavish parties. He subsequently set up home in the United Arab Emirates, where he waved the Indian flag during cricket matches. Yet he organised the 1993 serial bombings in Bombay, killing hundreds. After this challenge to the Indian state, Dawood had to retreat from the public arena and drop anchor in Pakistan. In 2003, the United States placed him on the list of global terrorists.

Beant Singh and Satwant Singh
When Indira Gandhi stepped out of her 1, Safdarjung Road residence on October 31, 1984, her scheduled appointment with British actor-director Peter Ustinov turned into a tryst with death. As she approached the wicket gate connecting her home to her 1, Akbar Road office, Beant Singh and Satwant Singh opened fire. Ustinov, years later, said, "What struck me as almost incredible was the activity of squirrels and vultures in the garden. They went on through the whole unpleasant business without interruption." But India was never the same. Indira's assassination prompted vast changes in the security architecture: its structure became mammoth, the vetting of security guards on VIP duty an elaborate, complex—even communal—exercise.