‘The Uttarakhand Mafia Has Gone Into Hiding’

Uttarakhand CM Trivendra Singh Rawat on the challenges his state faces and the measurements his government has taken... 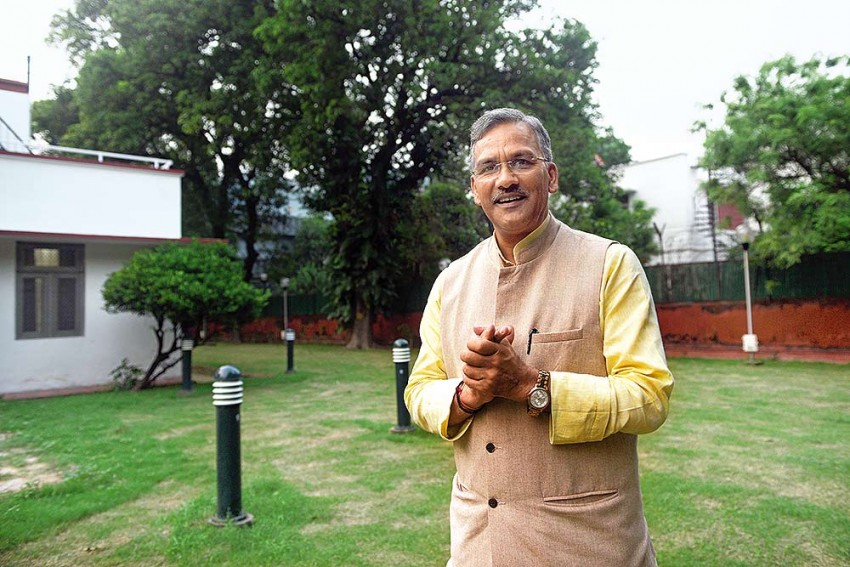 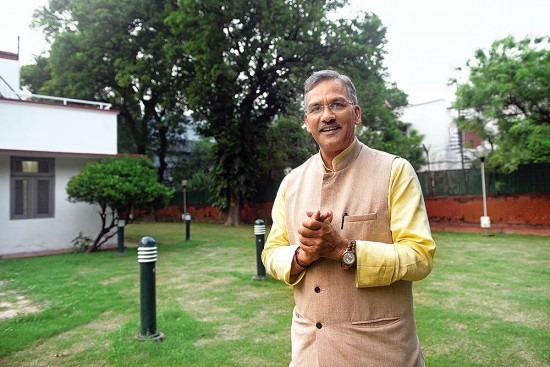 Uttarakhand Chief Minister Trivendra Singh Rawat has inherited huge challen­ges—corruption, exodus from border villa­ges, under-development and more. In an interview with Bula Devi, he spells out the measures he has taken to overcome these challenges and put the state on the road to progress. Excerpts:

Road connectivity is a big issue. China has four-lane roads and a rail line up to the Uttarakhand border…

It is a coincidence that the Chaar Dham routes are on the China border. In fact, we are thankful to PM Narendra Modi for the all-weather routes. Besides, all villages with more than 250 residents have road connectivity now and we have ­shifted our focus to the smaller ones. Black topping of these roads will be done in five years as the earlier exp­eriment proved to be unsatisfactory and uneconomical. We have also passed tenders for a rail line to Karnaprayag. Survey work for a rail line to Badrinath is under way. These road and rail lines can be used by locals, tourists and the security forces. Similarly, an international airport is being developed in Dehradun. We are strengthening and modernising the smaller airports such as Gouchar in Chamoli district, Chinalisaur in Uttar­kashi and Nainisaini in Pithoragarh.

Time and again you have talked about zero tolerance towards corruption. Has the policy been a success?

The mafia has definitely gone into hiding out of fear, which surely goes to our credit. We are targeting the big institutionalised mafia groups. We have crea­ted a Permanent Investigation Commission, on the pattern of the CBI, to look into corruption cases. Underhand dealings and greasing of palms for transfers and postings have stopped. Illegal mining was rampant in the state, but now all district magistrates have been asked to ensure there is no illegal mining.

What about the exodus from the border areas that has been plaguing the state? Is there any plan to improve livelihood options in the villages to stop this?

Migration from border areas has to stop. The presence of people in border areas is an asset to the army. Migration can be stopped by a three-pronged strategy add­ressing education, healthcare and jobs in villages. After August 15 this year, we set up the Gramin Vikas aur Palayan Aayog (commission on rural development and migration). The Aayog will be headed by the CM, include experts from all fields and seek suggestions from the people. The aim is to create jobs in the villages, and eliminate the main reason why villagers leave their homes. Of course, there are also others who mig­rate seeking better prospects in life.

Religious tourism is a huge revenue earner. This time Chaar Dham had an unprecedented 19 lakh pilgrims. But devastation due to floods has also been a big worry. How do you plan to strike a balance between religious tourism and ecology?

We have taken ecological safeguards into account for all our development projects. For instance, electricity-­pow­ered trains will run on the new rail lines. For each tree felled, we plant two, making Uttarakhand the only state where the afforestation area has grown; out forest cover now is 71 per cent. ­Dehradun and Haridwar districts will be allowed to have only green indus­tries. Only CNG-run vehicles will be allowed in the state capital, and we will also introduce electric buses and a ­metro. We are also working on a monorail project in Mussoorie.

There are 13 districts with potential for tourism. With the BJP running the central as well as the state ­government, how do you plan to utilise this opportunity?

Transport connectivity is essential to maximise the tourism potential of these spots. The Chaar Dham route will be a class apart, for which we have already cleared 370 km of forest land. The road we envisage won’t get damaged at least for the next 200 years. The expenditure on such an exclusive high-quality road will be Rs 12,000 crore. We expect the road to be completed by 2019-20. Tenders are under way and work will start soon. It takes six hours now to reach Delhi from Dehradun. It will come down to three-and-a-half hours when the new Muzaffarnagar-Deoband-Roor­kee rail line comes up. Tenders have been passed; Uttar Pradesh has been paid for the land we acquired from them and the contractor is due to complete work in a year’s time. We are also trying to deve­lop 13 new eco-friendly tourist destinations, based on themes such as wellness tourism, yoga tourism....

How close are you to the prime minister and the BJP president?

People might be talking just because we have worked together in the sangat­han (RSS). Modi was the Uttarakhand prabhari ­(in-charge) when I was the Uttarakhand sangathan mahamantri (state general secretary). When Amit Shah was the Uttar Pradesh prabhari, I was the sah-­prabhari, and when he became ­party pre­sident, I was made the Jharkhand pra­bhari. I was ass­igned work in Mah­arashtra, Haryana and wherever else elections were due.

On August 23, senior RSS leaders and the state government had a meeting.

All chief ministers sit with the PM every three months. Similarly, we sit with ­ide­ologically alike groups and share knowledge on basic issues. It’s like ­exchanging ideas in a family where ­inputs for the betterment of the country are shared through interactions. RSS is an ideological organisation and, just the way other organisations give inp­uts, so does the Sangh.

What is wrong in it? I am from the Sangh; I started as an ordin­ary Sangh cadre and eve­ntually became CM of my state. In any case, the Sangh doesn’t interfere.

It is only five months since you bec­ame CM. Obviously, expectations are high. What is your roadmap for the rest of your tenure?

Around 1.5 lakh families in 54 villages, of the total 17,500 in our state, are still living without power. Our target is to bring them electricity by 2019. There are 1.26 lakh families without a roof over their head and our plan is to provide them houses by 2022. Our literacy rate is 89 per cent; we are targeting cent per cent literacy by 2019. Our per capita income is higher than the national average, but we do have poor districts, which have potential and only need to tap their resources. Distr­ict in-charges have been told to set their own targets. Unfortunately, our planning earlier was not quite effective in bringing about changes.

I started as an ­ordinary Sangh cadre and ­eventually became chief minister of my state. In any case, the Sangh doesn’t interfere.

Now, a big change is expected to come with chakbandi (consolidation of land), which we are starting from my village, the agriculture minister’s village and Uttar Pradesh CM Yogi Adityanath’s village. This will help in proper management of land. Cultivation on these lands will be cluster-based, in which each cluster will be ­producing one particular item based on the quality of the soil.

Dehradun has been marked as one of the smart cities, but we don’t get to see any forward movement…

We recently had a meeting in Delhi; the  bud­get allocation is expected to be enh­an­ced from Rs 500 crore to Rs 900 crore. A CEO has been appointed already.

How do you plan to improve education in the state?

We have made classes mandatory on 180 days in a year and introduced dress codes in colleges too. Over the next five-six months, we will be filling up vacant seats in the degree colleges. Some will also have smart classrooms. Primary and middle schools with just three to five students will be clubbed together.