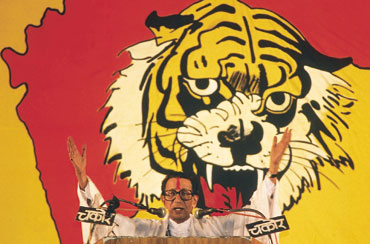 The Shiv Sena is unrepentant and accuses the state government of targeting Thackeray to divert attention from its own failures. Says former chief minister Narayan Rane: "Let's see what they can do. The last time they tried to arrest Balasaheb, the whole city was quaking. The government is punishing patriots and taking no action against the real terrorists and anti-nationals." Adds Sena MP Sanjay Nirupam: "The party will fiercely fight back the case legally and if necessary will come out on the streets."