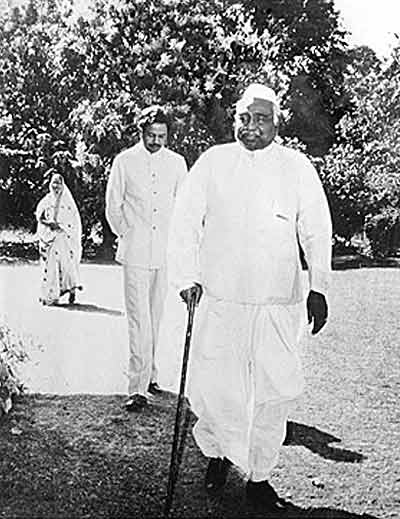 The rise and fall of Babu Jagjivan Ram is a near forgotten saga that so palpably illustrates the cruel denouement of one of India’s tallest Dalit leaders by the political establishment. Indeed, there is a remarkable lack of remembrance, let alone reverence, for a man who had been projected by the Congress leadership during the freedom struggle as a rival to Babasaheb Bhimrao Ambedkar. Ambedkar’s radicalism and dogged refusal to kowtow to the establishment provoked much hostility while he was alive but elevated him into an abiding icon for his own people. But Babuji, despite his long parliamentary career and string of cabinet posts, remains a telling example for aspiring Dalit politicians of the perils of playing Uncle Tom.

A memoir of Jagjivan Ram’s wife, Indrani Devi, published in Hindi more than 15 years ago but now available for the first time in English, should have provided us at least some insights into the twists and turns of his career if not a larger perspective of why he failed to become a Dalit hero. Unfortunately, as has been the wont of most biographies and autobiographies of Indian political luminaries, Indrani Devi’s book is mostly hagiographic and clearly sanitised. In any case, the portion of her memoirs chosen for publication ends well before the most fascinating period of Babuji’s career—the Emergency and its political aftermath. His daughter, Lok Sabha Speaker Meira Kumar, promises in the foreword that further volumes will be published in the near future. It’s a promise that is unlikely to be kept.

Although the book does not do so, it is tempting to recall the extraordinary milestones that marked the last decade of Jagjivan Ram’s life. Known to be the most efficient minister in Indira Gandhi’s cabinet in the 1970s, it was this very competence that made him suspect in the eyes of the beleaguered prime minister as the shadows from the Allahabad High Court judgement encircled her in the summer of 1975. Despite Jagjivan Ram’s proven loyalty to the Nehru-Gandhi clan and his intrinsic political timidity, he became a danger to Mrs Gandhi as defence minister in charge of the armed forces and possibly acted as a catalyst to her declaration of Emergency. She forced him to move the resolution approving the draconian measure in Parliament and then swiftly marginalised him during the Emergency.

It was in early 1977, as Mrs Gandhi sought to get electoral approval for the Emergency, that Babuji made his big political move. With uncharacteristic daring, Jagjivan Ram, along with another Congress stalwart, Hemwati Nandan Bahuguna, joined the Opposition. It would turn out to be the crowning moment of his political career. Although he failed to bring along many Dalit Congress leaders, this dramatic gesture demoralised Mrs Gandhi and boosted Opposition leaders, still recovering from 19 months in prison. It electrified the country into ousting the Congress from the throne of New Delhi for the first time since Independence.

There is little doubt that Babuji provided the fatal blow to the Emergency regime. Not surprisingly, he was the frontrunner to the prime minister’s post. But he was thwarted at the last moment by a powerful lobby led by peasant patriarch Charan Singh, which was determined not to allow the country’s leadership to pass into the hands of an ‘Untouchable’. Incensed by this betrayal, Ram even boycotted the swearing-in ceremony of the new government. However, he soon swallowed his pride and accepted a position in the Morarji Desai cabinet. It was typical of a politician who throughout his career went along with the establishment except for the brief burst of courage on the eve of the 1977 general elections. Had Babuji become the first Dalit prime minister of the country, it would have certainly been not only a turning point for Dalit politics but also for the history of the country.

After his capitulation, things slid from bad to worse for Jagjivan Ram. Charan Singh and his henchmen trapped Ram’s only son, Suresh Ram, in a sordid sex scandal, photographs of which were published in Maneka Gandhi’s publication, Surya, and the Congress newspaper, National Herald. Devastated by the political impact of the scandal, his brief hopes as the much truncated Janata Party’s prime ministerial candidate in the mid-term polls of 1980 were snuffed out. Mrs Gandhi staged a grand comeback. The final humiliation came when Jagjivan Ram crawled back to the Congress not long before he died, a broken-hearted politician.

Hill, Vale & Many A Tale