The forces are our last bastion against communalism. Can anyone contest it? 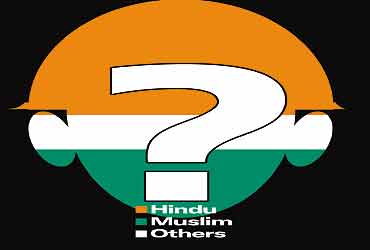 It’s by now a settled fact that the UPA government, at the instance of the Rajindar Sachar committee, tried to seek a Muslim headcount in the armed forces. The unprecedented opposition though has the government resorting to speaking with a forked tongue now. On the one hand, it denies the entire move while on the other it rationalises the exercise in the name of "secularism".

The idea of ‘dividing’ the armed forces on communal lines was inspired by a book, Khaki and Ethnic Violence in India by Omar Khalidi, a professor of Hyderabadi origin who teaches architectural history at the Massachusetts Institute of Technology. Excerpts from the book were part of IUML president G.M. Banatwala’s memorandum to the Sachar committee. Khalidi had also advocated, in an interview with The Times of India, a reorganisation of the districts in Andhra Pradesh, Bihar, West Bengal and Assam to create "compact Muslim zones" where their culture and rights could be "safeguarded". In other words, he’s playing ‘Pied Piper’ Allama Iqbal to a future Jinnah (ironically, he even has a Muslim League president by his side). It’s no surprise then that he suggests increasing the Muslim presence in the forces—it stems from the same mindset of Islamist consolidation.

Our armed forces have always been exemplarily and demonstrably secular. Any further attempt to rub in ‘secularism’ might provoke a psychological backlash. The armed forces, the last bastion of unalloyed nationalism, have remained apolitical and secular through the thick and thin of India’s political and communal crises. Its fatigues have never been sullied by communal accusations. While the Pakistani air force was pounding fellow Muslims in Balochistan with bombs, the IAF was carrying out relief operations in far-flung areas of quake-devastated J&K.