Raises a host of issues which need to be studied and discussed within and outside South Block, given the high stakes India has in a peaceful, friendly and stable Nepal. 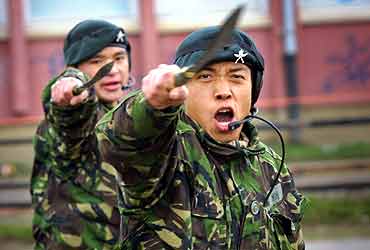 The author knows Nepal like few others, being a Gurkha veteran and having trekked 30,000 km of Nepal’s countryside. After a thorough analysis of the structure and capabilities of the Royal Nepal Army (RNA) and the nature of the Maoist threat which it has (somewhat belatedly) been called upon to deal with, his conclusions are clear-cut: Since its publication, an important development has been the 12-point understanding between the Maoists and political parties. The former seems open to a "non-autocratic monarchy", giving up...