The Trouble With Ms Manji

Those looking for cogent critiques of Islam should avoid this book at all costs. In fact, I don't think anyone should read it.

Then in the streets of the English city of Bradford, an opportunity presented itself to the crafty old man in Tehran. Local Muslims—Pakistani, Kashmiri and British-born—were rioting, burning a mysterious book. It was called The Satanic Verses and the writer, Salman Rushdie, was the real opportunity. An Indian-born, secular Muslim with the sensibilities of the London literary salon and a pointed pen, Rushdie became Khomeini’s political salvation. Within a few weeks, the bearded old satrap had declared his now infamous fatwa against Rushdie. The writer was doomed to years of insecurity while the Ayatollah spent the rest of his life basking in the flames of Muslim anger that resurrected his reputation in Iran and the Islamic world. 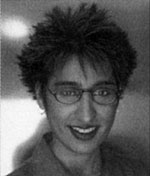 Irshad Manji is no Rushdie. But she might just be the Ayatollah. The Trouble with Islam Today is a vitriolic broadside against an entire faith and its Arabic followers. It’s a bitter, ill-researched and awkwardly written pamphlet that purports to be an open letter to Muslims. I hesitate to call this a book for that would give it a heft and substance it lacks. This is the work of an agent provocateur, and it suffers from so many shortcomings that listing them all would be pointless and as tedious as the polemic itself.