The everness of Ambedkar’s appeal lends him a messianic quality. Immortality. 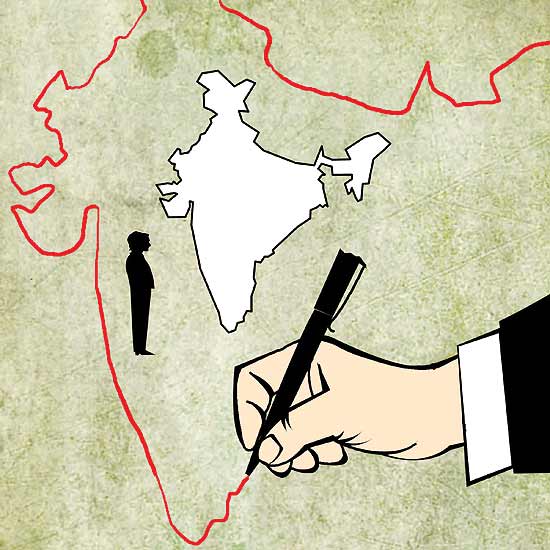 The relevance of any idea may be judged by its capacity to make an abiding impact on society over time. Newly independent India had crafted its values by branding Jawaharlal Nehru as the modernist visionary of the future, and M.K. Gandhi as the moralist ideal. Babasaheb Ambedkar also played a crucial role in this dynamic by proposing a corrective model of liberal democracy which was different from the positivist tendencies of the nationalist elite. In the first two decades after Independence, Ambedkar was relegated to being an insignificant critical voice of the socially downtrodden masses in opposition to the heightened populist political appeals of so-called secular nationalism, citizenship and modernization. However, Ambedkar has been resurrected at regular intervals, and his ideas and legacy have repeatedly inspired the disadvantaged groups to challenge the dominant modes of political articulations.

On his death-bed Ambedkar revitalized Buddhism and appealed to his followers to leave the Hindu fold. This was not only a revenge on the part of enlightened dalit groups against the irrational and exploitative Brahmanic order, but this also simultaneously problematised the ethical edifice of the modern Constitution—a document that aimed at providing security and empowerment to the disprivileged sections, and was ironically drafted by Ambedkar. At one stroke, Ambedkar demonstrated the limitations of Gandhian Hindu benevolence and also challenged the limitations of liberal democracy.

In the early 1970s, Ambedkar was resurrected again as a militant voice of the radical Dalit Panthers Movement in the urban slums of Maharashtra. The deployment of Ambedkar here was in contrast to his familiar image as a passive constitutionalist or a saffron-clad Boddhisatva. The Panthers reinvented him as the philosopher of the socially wretched who provided rational wisdom to understand the roots of their exploitation and promised a new world based on justice and equality. Ambedkar’s ideas were presented as a corrective to the elitist formulation of Marxist revolution; demands were made for the immediate inclusion of social democracy in the language of the Left.

Bahujan Samaj Party’s founder Kanshi Ram’s imaginative conceptualization of ‘bahujan’ must be seen another resurrection of Ambedkar’s ideological imperatives for social revolution. Kanshi Ram propelled and completed a journey Ambedkar had begun—in wresting political power in a democratic system skewed against dalits. Along with the rise of the BSP in the 1990s, the Ambedkarite logic of reservation and differentiated citizenship was instrumentalised to defend the state’s policy of extending the benefits of social justice to the Other Backward Classes (OBCs). In this avatar, Ambedkar is seen as the harbinger of anti-Brahmanic social alliance between the Dalits and the OBCs.

In more recent times, Ambedkar has provided the argumentative force for defending the rights of socially deprived identities within the Muslims, known as Pasmandas. Positive discrimination has come to be seen as a means to come to terms with stratified hierarchies within Muslims. The Sachar Commission partakes of this logic.

With the complete tilt of India’s economic policies towards market-based neo-liberalism, Ambedkar appears as a hopeful voice of socialist philanthropy. The failure of Leftist trade unions and other mass organizations to protect the rights of the working classes, tribals and city dwellers from the onslaught of capitalist manoeuvring has led them to utilize Ambedkar’s arguments of social justice. More than the socialist Nehru, Ambedkar is being seen as the politically valuable voice to defend the constitutional directives for ensuring basic entitlements of food, work and education to the worst off sections.

Despite the propaganda machinery of the DAVP (Department of Audio-Visual Publicity of the I&B ministry) and myth-making in textbooks and popular culture around the figure of Gandhi, his position in the last few decades has been confined to the peripheries of our political habitus. He has increasingly become a quasi-ethical voice of ecological protectionism, anti-nuclear protests and conflict resolution through nonviolent means. Gandhi is also identified with emotive middle class concerns, distanced from the masses, mostly as a decorative icon to flag ‘non-political’ slogans. The NGOization of Gandhi by Baba Amte, Medha Patkar and Anna Hazare has further arrested Gandhism’s political capacities. Such movements and their leaders seem to occupy brief media and societal attention, but they cannot match the emergence of massive socio-political movements based on demands for social justice, democratization of public institutions and pro-poor economic policies.

In other words, what we have seen in the last two decades is the visible mainstreaming of Ambedkar and the marginalization of Gandhi and Nehru in the political sphere. From being once seen the exclusive voice of ex-untouchable castes, Ambedkar has emerged as the messianic spokesperson of a cross-section of deprived communities. Even when certain movements do not explicitly acknowledge their debt to Ambedkar, his ideas suffuse most struggles for emancipation and justice.

Ambedkar’s architectonic imagination has fashioned new communitarian ethics that allows the downtrodden to demand a level playing field in today’s increasingly skewed world. When the populist ideas of our nationalist leaders have benefited hugely from state propaganda—a top-down approach—Ambedkar’s ideas have been resurrected by protest movements that rise from below.