TV’s mass hypnosis: handsome is what Modi does 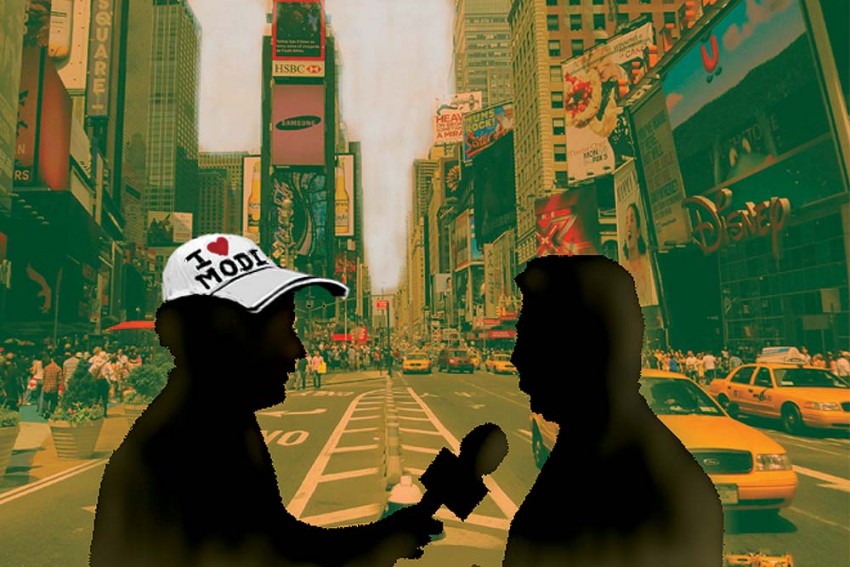 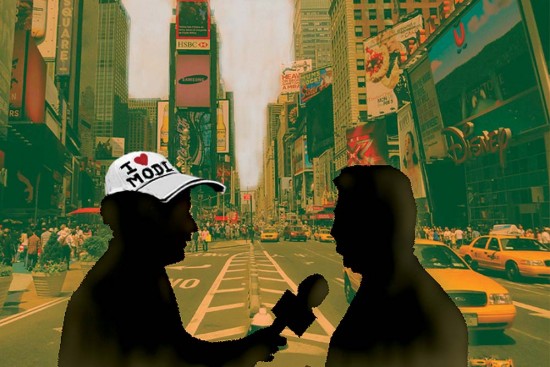 Nothing succeeds like excess; indeed, moderation is fatal. The electronic media in India seems to have taken that Wilde observation to heart in its coverage of Prime Minister Narendra Modi’s visit to the US. CNN-IBN led with the aperitifs. Seeking an American channel to share his thoughts with the public there, Modi chose CNN International for his first international interview. CNN-IBN sought to make most of it, though the content was unspectacular. This was to be expected of a namesake of sorts. But it rebroadcast the interview the same day, the next, and the next till it began to spill out of my ears. More amazing was its elevation of Fareed Zaka­ria, now an American citizen, to the status of the greatest expert on India and Modi. He was asked about his impressions of Modi the man; he was also asked to make a long-term assessment. Evidently someone of new American vintage was more important than any number of domestic experts. So it was with a sense of shock that one watched Headlines Today, in which Karan Thapar (previously of CNN-IBN) giving the Modi visit some incisive treatment through a panel of mostly Indian experts.

Other major channels were not far behind, virtually setting up bureaus in the US with their high-profile anchors. The usually combative Arnab Gosw­ami of Times Now was in mellower mood: the channel has chosen to give Modi adulatory treatment, so there’s obviously not much scope for scathing comment or for withering cross-examination of panelists. What Arnab Goswami does not want to know the nation cannot want to know.

At New York’s Times Square, a stone’s throw from the rockstar reception NRIs were giving Modi in Madison Square Garden, CNN-IBN was interviewing a faux Superman (and anyone who cared to stop to talk) on the great event that was to unfold. Some were perplexed; others said what the channel wanted to hear. And viewers were subjected to detailed retellings of the humdrum tasks that went into organising the extravaganza.

It was as if the euphoria of large sections of NRIs, particularly those of Gujarati origin, had been transmitted to our TV channels. They became his cheerleaders. And after Modi’s impressive performance at Madison, duly attended by Senators and Congressmen, the channels went wild. With not even a pretence of neutrality. A gushing Rahul Kanwal of Headlines Today was accepting compliments from Modi supporters for the kind of coverage his channel was giving Modi. Interviewed on the occasion, the channel’s editor-in-chief Aroon Poorie declared that Modi’s performance at Madison left nothing to be desired. Headlines Today also pressed into service Rajdeep Sardesai (formerly of CNN-IBN) with the designation of consulting editor. For his efforts at bringing an iota of objectivity to the fawning coverage, he was roughed up by Modi supporters. In any case, his was a bit role.

Barkha Dutt of NDTV 24x7 (why did she wear a shocking pink salwar kameez?) thought she'd do some­thing different by interviewing Ind­ian students at New York University. The students were impressed, although at least one of them confessed that she had different ideas about Modi in the past.

Important aspects of Modi’s American journey were missing in the coverage, for instance the backdrop of earlier denials of a US visa to Modi. Also missing were questions on how, in recent years, the Indo-US relationship has failed to realise its potential. It was a domain burgeoning with questions, given that Modi’s reputation for decisive action has raised hopes of greater trade and investment.

The hype the Indian media has indulged in is disturbing. Is it wise to elevate a political visit to levels unattainable in any rational assessment? Has the electronic media lost its sense of perspective in going to town with the prime minister’s third major interaction with India’s most important interlocutors? Perhaps they are swept again by the Modi wave, which gave his Bharatiya Janata Party an absolute majority in Lok Sabha, a first in some three decades. The recent byelections, in which the BJP tally was unspectacular, indicated that the prime minister’s charm might be wearing off. Not so with the media, certainly.

As far as Modi is concerned, he could not have asked for more. As always, he was astute in promoting his own case for the benefit of the television cameras. His sense of drama in speech and gesture, his sartorial switches—churidar-kurta, close-collared jacket with trousers, and a range of Indian-style waistcoats in deep red, orange and blue­—were all part of the assiduous cultivation of his TV image. The channels more than obliged him in flattery.

(The writer is former editor of Khaleej Times, Indian Express and The Statesman.)