Now as in the past, there surely are honest officials. At least some. 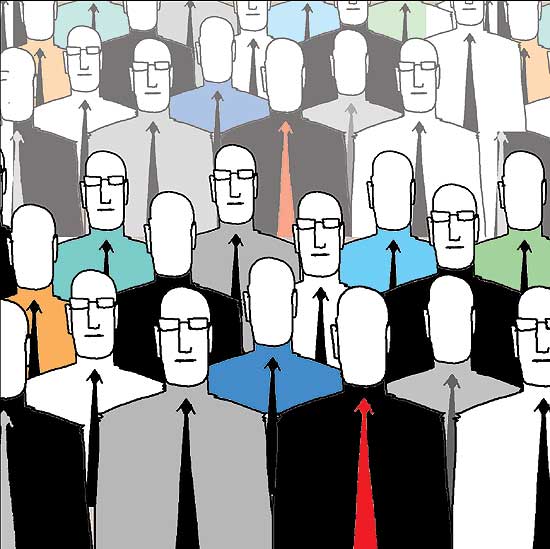 Generalisations are easy to make, easy to sell and usually have no basis. Indians are no different from others in propping up the odd generalisation or two. Here’s one directed at my kind: “Tamilians are too moralistic. They’ll neither enjoy the good things themselves nor let others.” Be that as it may, the average Indian believes too readily in generalisations. So I thought I might do well to puncture some about the much-maligned Indian civil servant and the police officer.

Few will concede to even the possibility that a civil servant might be honest. And the police officer is hanged before he’s heard. But let me argue with a counter example. E.N. Rammohan, a former chief of the BSF, was recently summoned from retirement to inquire into the massacre of security personnel and civilians by the Maoists in Dantewada. A no-nonsense officer, he went about his work clinically and submitted his findings quickly. He sought no extension of his commission of inquiry. Knowing him, I can say he would not have pulled any punches in his report (not yet public). He would have indicted those found wanting and made valid suggestions for guarding against such deadly ambushes. He’s indeed an unusual police officer who deserves emulation, not derision. His flaw is that he applies his own exacting standards of rectitude to others, only to be disappointed.

Here’s another generalisation: IPS officers of yesteryear from the West Bengal, Maharashtra and Tamil Nadu cadres were stingy with praise in the annual confidential reports of their subordinates. They were also said to be punctilious in the use of official facilities. One of my former bosses, who was the head in the Northeast in the late ’60s, would come to work only in his own car. When I was transferred out, I presumed I could have the office car drop me at the airport, some 50 miles away. But the boss would have none of that. He asked me to take a shared cab and claim reimbursement. I was furious at this unfriendliness but far too junior to protest. My farewell party took the cake. The boss told the section officer who was making arrangements not to order anything more than tea and biscuits—no cashew nuts or samosas, pretty much the standard fare at official farewells. How can you say the IPS doesn’t have officers who are frugal with government resources?

Now for another kind of example, again of taking one’s honesty a bit too seriously. One of my mentors told me of the time he was being trained in a district as an IPS probationer in the late ’50s before being assigned independent charge. He was placed under a police inspector who was ramrod straight. In the normal course of business, the inspector committed the mistake of offering the probationer—who would soon be his superior—a cup of tea. After having the sweet beverage—in Tamil Nadu they make it extra sweet—the probationer handed over a few annas to the inspector, mainly as a show of propriety. The old inspector was shocked at this unusual display by a chit of a boy only just beginning his police career. He tossed the coins back and said, “I never knew an IPS officer could be bought so easily with a few annas!” That drove home an important lesson for my mentor, who rose to great heights in the service—that honesty is not a commodity to be paraded; it must be perceived by others.

I recall another instance of official propriety taken to the extremes. This was an IPS officer posted in Hyderabad as a central intelligence officer (CIO). He was very proper in making use of official facilities. One day, the director of the Intelligence Bureau landed in Hyderabad in transit and my colleague was to go to the airport to extend due courtesies to the demigod that an IB director then was and probably is in today’s scheme of things as well. Averse to taking the official car, refusing to hire a cab and then claim reimbursement, the worthy CIO took a cycle-rickshaw—not exactly a reliable mode of transport, its efficiency depending on the health of the person pedalling. When the CIO reached the airport, the flight carrying the incensed demigod had already taken off. It apparently took several memos and replies before the record was set straight on why a lowly CIO could not extend the basic courtesy of receiving and briefing his director en passant.

Oh, one can go on and on! In the ’50s and  ’60s, there were people in the IPS who were honest to the core, even if it meant seeming idiosyncratic or even ridiculous. I’m sure there are any number of such officers even today. My point is that it is unfair to assert that the honest civil servant or policeman is an oxymoron—even at a time when not many people think of integrity as something worth practising.