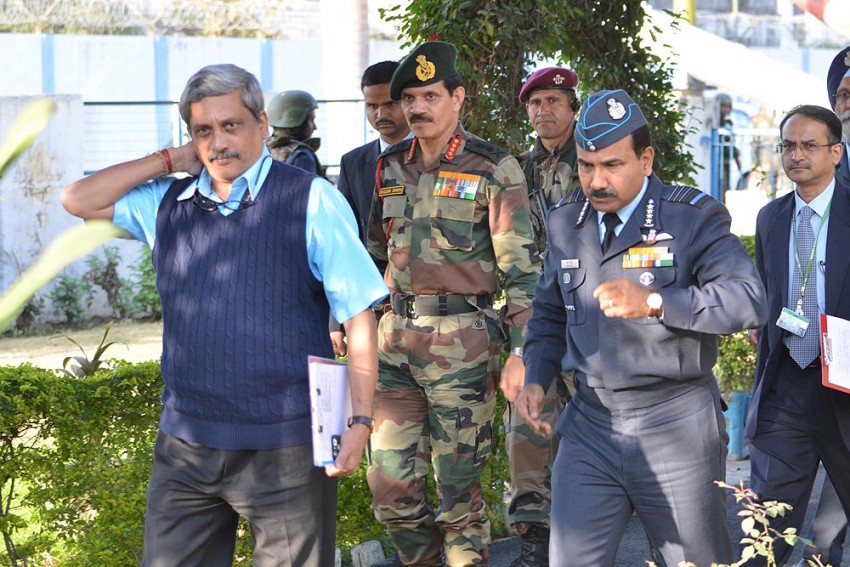 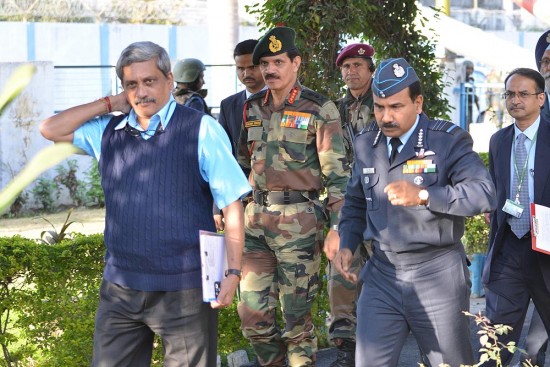 Two top policy pundits of security—defence minister Manohar Parrikar and National Security Advisor Ajit Doval, both in the limelight after Pathankot—have failed to turn words into deeds. Parrikar, especially, has become an embarrassment. His latest tirade was at a recruitment rally in Jaipur, at which he said, “The nation has run out of its capacity to tolerate acts of terror, and as a defence minister, I’ve run out of it too. So we’ll do something about it. You’ll see.” Strangely, he also said, “The pain my country and I have borne must be returned to the attackers (of Pathankot)”, adding that this was his personal opinion.

Big talk indeed. And his track-record is uninspiring. After a terror attack last year, he’d talked of using terrorists to take out terrorists; he has been promising an overhaul of defe­nce procurement procedures; and he’d said a chief of defence staff (CDS) would be appointed in two-three months. Nothing has come of it. It’s more than ten months, for instance, since talk of a CDS. A defence minister, for heaven’s sake, must not speak loosely or anecdotally. And he certainly mustn’t speak in his personal capacity.

The truth is, real authority on defence, especially defence acquisitions, is vested in the PMO, and stories in South Block indicate it’s Ajit Doval who calls the shots. (His last trip was to Paris, to work out the final cost of the Rafale aircraft.) But Doval, too, has been singing the same tunes as Parrikar. His warnings to Pakistan have touched on defensive off­ence, deterrence and the like. He once said, “You do another Mumbai, there’ll be no Balochistan.” This went viral in Pakistan. But, despite Doval and Parrikar’s statements, nothing has materially changed the government’s capacities to deter cross-border terror. There have been five such attacks since the NDA came to power, the last in Pathankot. The only response: talk of “muhtod jawab”, but no real response.

Doval had stolen the limelight at Pathankot by allegedly usurping operational command in the fightback, trigerring an army-NSG-police face-off. He emerged the clear ‘winner’, securing the approval of the prime minister for “efficient conduct of operations”. Defence analysts may have lambasted his handling of operations, but squads of his supporters praised his brilliance, singling him out as the undisputed intelligence, security and foreign policy czar of the country. Not since the late Brajesh Mishra—he was NSA and principal secretary to Vajpayee—has anyone wielded the power and authority Doval does. Apparently Doval’s equation with Pakistan NSA Lt Gen (retd) Nasir Janjua is nothing short of sup­erb. They’d established rapport in Bangkok, and before parting, had exchanged mobile numbers. After the Pathankot attack, Janjua is supposed to have called Doval to say, “Khuda kasam main Jaish ki aisi taisi kar doonga.” Such treatment of terrorists is what Parrikar and Doval have long threatened to deliver.

After the Parliament attack in 2001 and the 10-month Oper­ation Parakram that followed, the US made noises—“Islamabad must do more”—but failed to make Pakistan take any pun­itive action against Jaish. But Operation Parakram extracted from Gen Pervez Musharraf the public pledge to end infiltration (into India) to the satisfaction of India. In 2004, he also promised not to allow the use of Pakistani soil for terror attacks on India. This commitment was reiterated by President Asif Ali Zardari; but Mumbai happened even as foreign minister Khurshid Kasuri was in Delhi.

The moral is: no one will pick your chestnuts out of the fire for you. India must be ready to defend itself against cross-border terror; it mustn’t become the butt of jokes, like after Mumbai and Pathankot, which both took days to end. Even Mali and Burkina Faso ended terrorist seizure of hotels in 10-12 hours. As for causing pain to our enemies, Parrikar and Doval must act—swiftly. For the story is becoming painfully boring.

Doval once said, “You do another Mumbai, there’ll be no Balochistan.” This went viral in Pakistan. But nothing has materially changed India's capacity to deter terror, besides talk of ‘muhtod jawab’.