Specific needs, specific solutions. The networking industry is catching up to it. 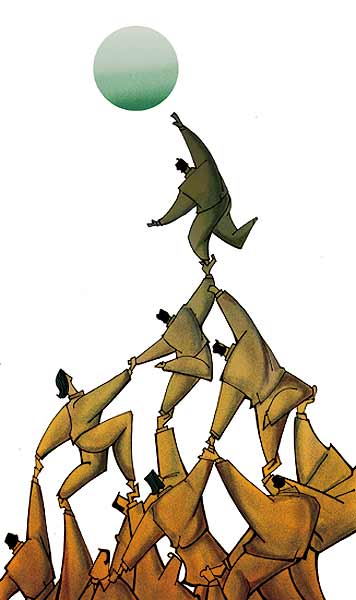 One of the many hats entrepreneur and former ad honcho Amit Shahi wears is that of a talent mixer, someone who brings people together—people who, in the ordinary course of life, would never have met. The government is now funding his project, 'Indiafrica: A Shared Future’, with approximately Rs 12 crore, the sole aim being ferrying of groups of Indian entrepreneurs to African countries on touch-and-feel missions. “As a concept, Africa has already caught on. We are leveraging that by introducing individual entrepreneurs to counterparts in Kenya, Ethiopia, Tanzania, Nigeria and a dozen-odd other places,” says an upbeat Shahi.

The fledgling networking project sheds some light on the expanding fraternity of Indian businessmen even across borders. “What stood out is the enthusiasm for exchange,” says Shahi. In Ethiopia, for example, the organisers, a university, had to step in and say “enough” so that a discussion could finally end. But, adding a rider, he says “whether these will forge useful business ties or not is another matter”.

What’s certain is that networking of all shades—through alumni clubs, paid-for programmes, easygoing mixers, breakfast meetings, and gratis mentorship—is emerging as a new calling card among...