Governance is the central issue now. That is the moral of the assembly polls. 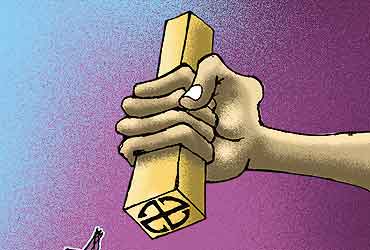 outlookindia.com
-0001-11-30T00:00:00+0553
The BJP is portraying the defeat of the Congress in Madhya Pradesh, Rajasthan and Chhattisgarh as a 'great victory' for the party. Its spokesmen are vying with each other to attribute the wins to Prime Minister Atal Behari Vajpayee's policies. Such hyperbole is common after every state or general election. But it needs to be taken with a pinch of salt. Victory it certainly is, but just how great a victory will only be known when the votes are tallied. In Madhya Pradesh in 1998, the Congress had captured 172 seats against the BJP's 119, and had claimed a similar victory for outgoing chief minister Digvijay Singh's people-friendly policies. But when the votes were added up it was found that the Congress had secured only 1.34 per cent more than the BJP. This time the BJP's vote margin will certainly prove to be more than the Congress', but it will probably not be very wide. The same is even more likely to be the case in neighbouring Chhattisgarh and Rajasthan.

The reason why a small edge in votes gets translated into a large margin of seats is that all the four states are politically stable; all of them have, basically, just two national parties facing each other and both are fairly evenly matched. As a result, under the simple majority voting system, a vote swing of just 3-4 per cent is capable of causing a landslide change in the number of seats obtained.

Given the accumulation of small disappointments over a five-year period with every incumbent government, it would be unnatural if there were not a few percentage points of vote swing against the ruling political party. When the contenders are evenly matched, this is sufficient to bring about a change of government. That, of course, is the famed 'anti-incumbency' factor.

If there is any message in these elections, it is that anti-incumbency remains the most important single determinant of the results of any state election in India. It is to this and not to Vajpayee's policies towards Pakistan or the economy's supposed good performance that the BJP owes its victories in MP, Rajasthan and Chhattisgarh. And if there is any surprise in the results, it is not the victory of the BJP in these states but that of the Congress in Delhi. Indeed, the surprise is even greater because the party has won by almost the same margin as it had won in 1998. Clearly, there has been no significant anti-incumbency shift in Delhi. Indeed, apart from West Bengal, which is in a class by itself, it is the only state where the anti-incumbency factor has been absent over the past five years. (In Gujarat, Modi's arrival had recouped the ground lost during Keshubhai's time.)

The question that commentators should have been asking, therefore, is not why the BJP has won in three states, but why the Congress did not lose in Delhi. The answer, strangely enough, comes from Madhya Pradesh. Weeks before the elections, it became clear from opinion polls that the Congress was in for an unpleasant surprise. The reason was widespread dissatisfaction with the government's inability to provide power or roads to the people. In fact, journalists who visited the state as long as a year ago were reminded repeatedly that the Digvijay Singh government had not added a single megawatt to the state's generating capacity in its nine years in office. As for roads, MP came second only to Bihar for their dilapidation. By these yardsticks, the Sheila Dikshit government has done very well in Delhi. The availability of power is greater and Delhi's road-building programmes are keeping up, more or less, with the explosive growth of traffic. What is perhaps equally important is Ms Dikshit's accessibility and the absence of any taint of corruption about her government.

In their own ways, therefore, Madhya Pradesh and Delhi may mark a watershed in Indian politics.For, both show that the crucial swing vote, of 3-5 per cent, which is now determining which party or coalition gets to form a government, is not voting on the basis of traditional caste or other inherited loyalties, but on the basis of performance and fitness to rule.

To those who have been watching the changes that are sweeping the countryside, this should not come as a surprise. The clearest signal is the sharp decline, of almost 1.5 per cent in a year, in the availability of agricultural labour. This decline is sharper in children between 5 and 14 years of age and has taken place because their parents are sending them to school. What is more, many children are going to private schools where their parents are paying as much as Rs 150 a month so that they can learn English.

These children will soon need jobs and their parents clearly want them to get non-agricultural jobs. But there can be no such jobs if there is no power or poor transport. It is, therefore, the fear of the parents that is driving the shift in perceptions among the voters. This was confirmed by a recent MARG-India Today poll in which 40 per cent of the respondents cited unemployment as being the most serious problem the country faced today.

Hence, the elections show that India could be on the verge of an epoch-making shift in voting behaviour. The Indian voter could at last be coming of age.