No conjugal visits for Andhra Pradesh prisoners; an elephant that blows out smoke! Read all the juicy gossip here... 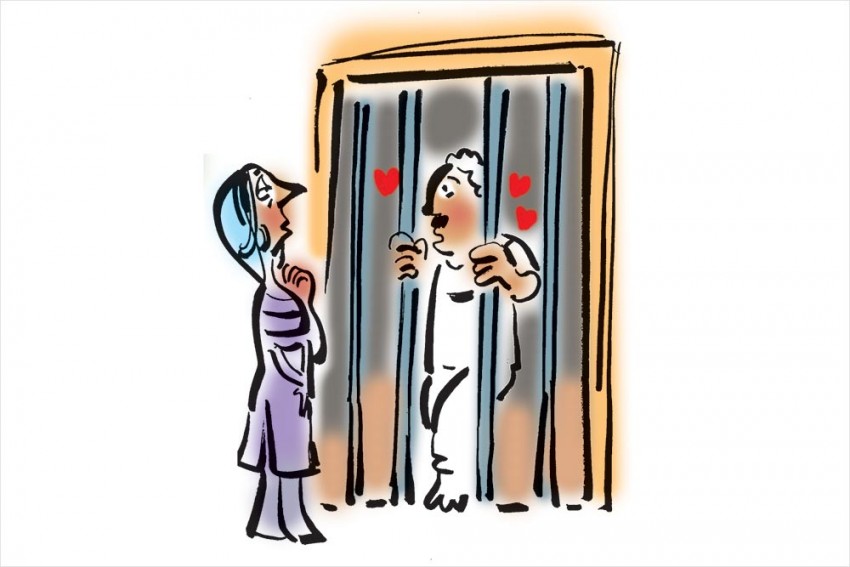 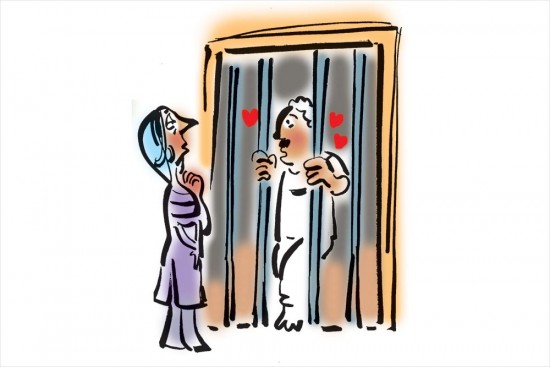 Andhra Pradesh’s prisons have no plans to encourage sex, either natural or unnatural. Conjugal visit is a concept that has been adopted by various countries and recently by some Indian states, including Rajasthan and Tamil Nadu, following a parliamentary resolution that deemed them to be a prisoner’s right, not a privilege. It allows a convict to spend some time with their legal spouse in order to have sexual relations—judges have obs­erved that it reduces recidivism and encourages good behaviour.  But AP Prisons IG G. Jayavardhan said that the state had no plans to allow such visits at the moment. When asked about “unnatural sex” in jails, he replied that AP jails were not overcrowded like those in other states, and thus that they only saw “very few unnatural sex incidents”.  ‘Nature’ prevails once again! 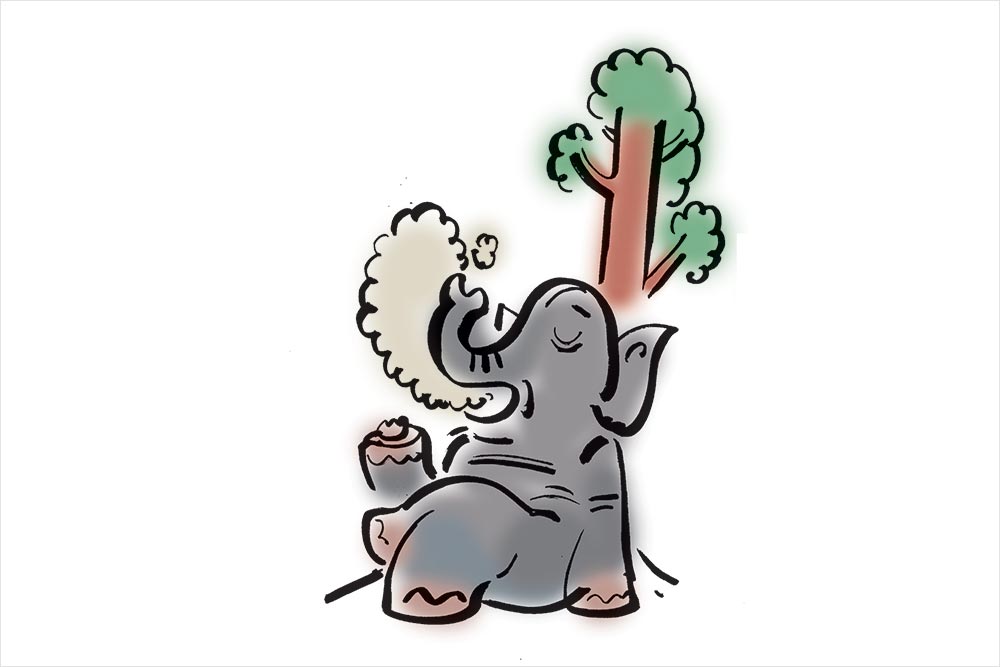 Lazily lifting her trunk to her mouth, the elephant blows out a cloud of smoke. The video, shot by Vinay Kumar of the Wildlife Con­s­ervation Society in Karnat­aka’s Nagarhole National Park, went viral recently. Kumar was doing fieldwork, studying tiger and prey populations, when he came across the elephant in a partly burnt area of the forest. It “alm­ost appeared as if the elephant was smoking,” Kumar said. According to a biologist, she was trying to eat wood charcoal, which animals recognise as having medicinal properties (it has “toxin-binding” properties and is also a laxative).  “That made sense as the elephant appeared to be picking up someth­ing from the burnt for­est floor, blo­­­wing away ash that came along with it in her trunk, and consuming the rest,” he said. 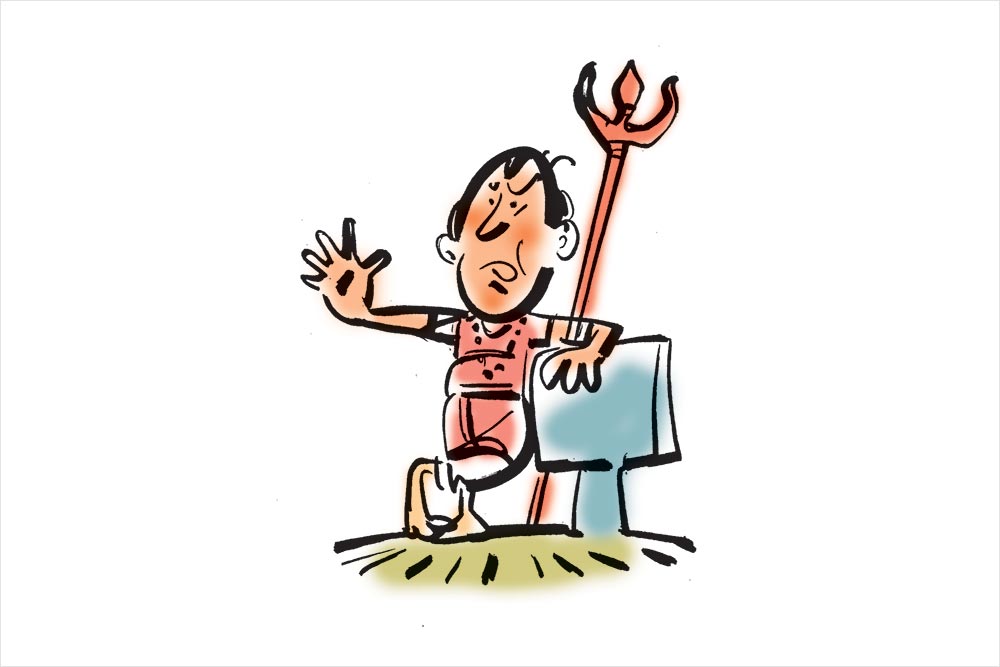 Wash Out Your Brain

“This village comprises only Hindus,” begins a board outside Kesalingayapalle village in Andhra Pradesh’s Kadapa district. It goes on to warn of “strong action” against anyone of other religions who enters the village or preaches there—and it’s signed “Villagers of Kesalingayapalle”. P.S. “If a person converts to other [sic] religion, it amounts to cha­nging one’s own mother.” This board was put up on Ram Navami last year, when the village committee decided to act after a Christian missionary had managed to convert a few villagers,  who were taken to a popular seer, Swami Achalananda, “who got them brainwashed to stay back in Hin­duism.” Yes, “brainwashed”. That’s how a villager described it matter-of-factly. Or that’s how a newspaper, which presumably translated his comments from Telugu, chose to put it. 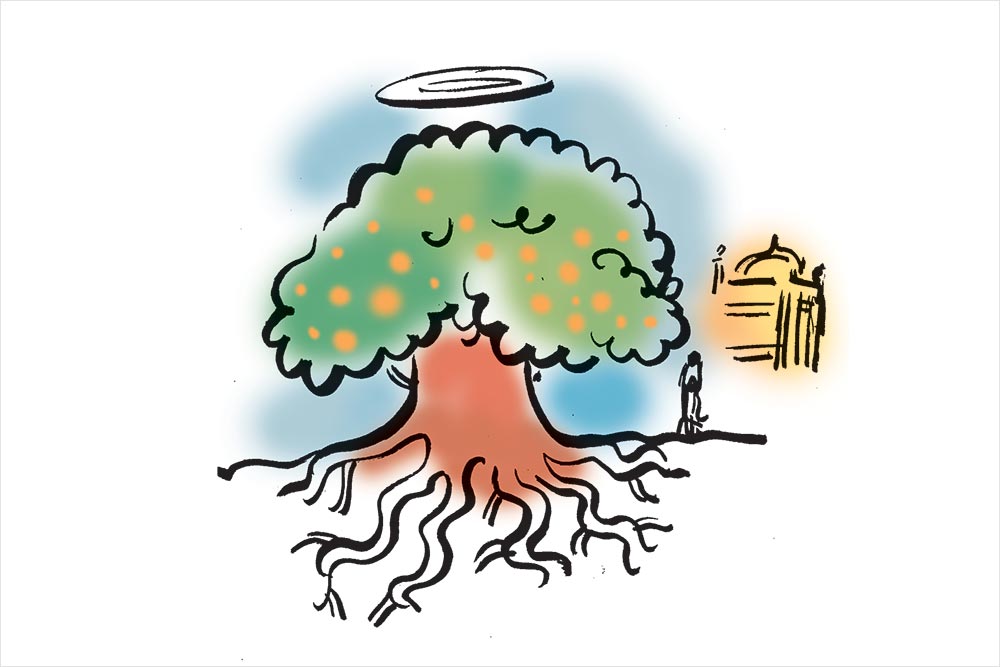 Still fruitful after centuries, three trees in the Golden Temple complex have become a tourist attraction. A ‘ber’ tree (Ziziphus mauritana) has a normal lifespan of 80–100 years, but two of these—Dukh Bhanjani Beri and Baba Budha Sahib Beri—are believed to date from the era of Guru Ram Das (1534-1581), the fourth Sikh guru. And all three have borne a good selection of fruit this season after a few disappointing years—the result of being carefully nurtured by a team from the Punjab Agricultural University (PAU). The experts perform regular nutrient analyses of the bers and have worked to remove concrete and marble from the site to give the roots space and air. Devotees are warned against plucking the fruits or climbing the trees, but many sit underneath, hoping for a fruit to fall as ‘parshad’. 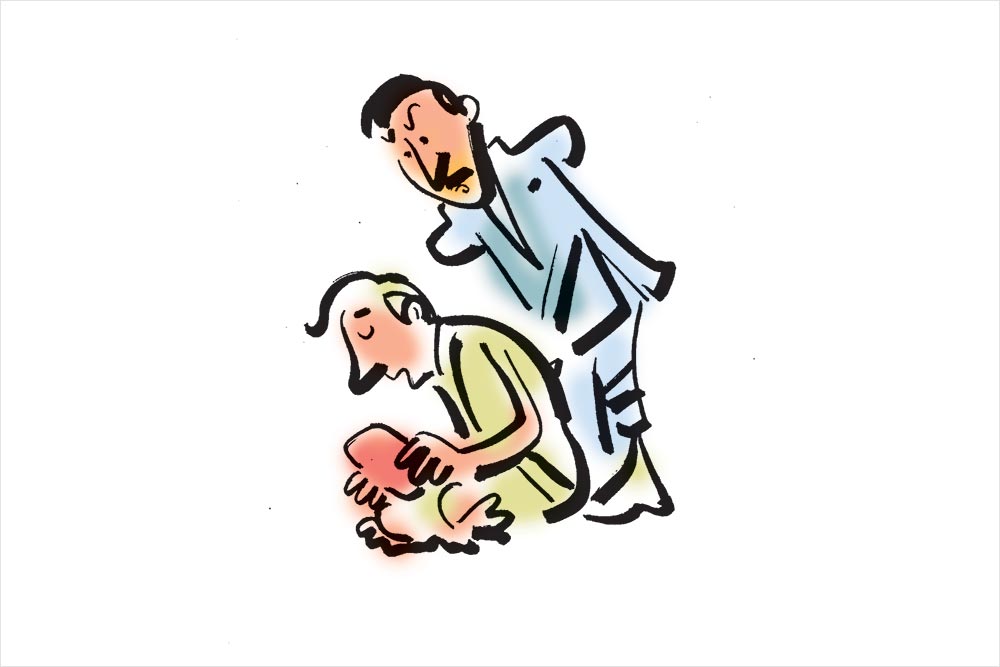 There is a new opium of the people—media. Characterising smartphone use as a “digital opium addiction”, Shahjahan Mahmood, chairman, Bangladesh Telecommunications and Regulatory Commission,  bem­oaned that students’ sma­rtphone addiction “hampered their lives socially and academically”. Des­­pite a fairly low level of internet penetration in the country, Facebook is widely used via smartphone. Mahmood said that they plan to make it more exp­ensive to use such apps, and even mentioned an idea about content filters, although he added that this would be difficult to police. In Bangladesh, where a three-week social media blackout was imposed during widespread anti-gover­nment protests in 2015, anything is possible.

Namal Rajapaksa, Sri Lankan opposition MP and son of ex-president Mahinda Raj­a­paksa claimed that US authorities have denied him permission to fly to Texas from Moscow. He has been in Russia to observe the presidential elections (an inspired way to learn about democracy). He tweeted: “Valid reason yet to be received…Sure it has nothing to do with my name, being part of #lka opposition or my travel from #Russia.” Perhaps it has something to do with the money laundering he’s accused of, or perhaps it’s due to the illicit amounts of sarcasm in his baggage.

Another day, anot­her mass data theft. Extortionists have hacked the electricity billing data of thousands of consu­mers in Haryana. The Uttar Haryana Bijli Vitran Nigam, one of the state’s two power distributers, was attacked around midnight on March 21. When staff arrived at the head office and turned on their computers the following morning, they found a message flashing across their screens, demanding a sum of Rs 1 crore in Bitcoins. A case has been registered and police are trying to track down the attacker using their IP add­ress, but experts say that it is possible to change this very quickly, and that the hacker may have “spoofed” their IP address before acting. 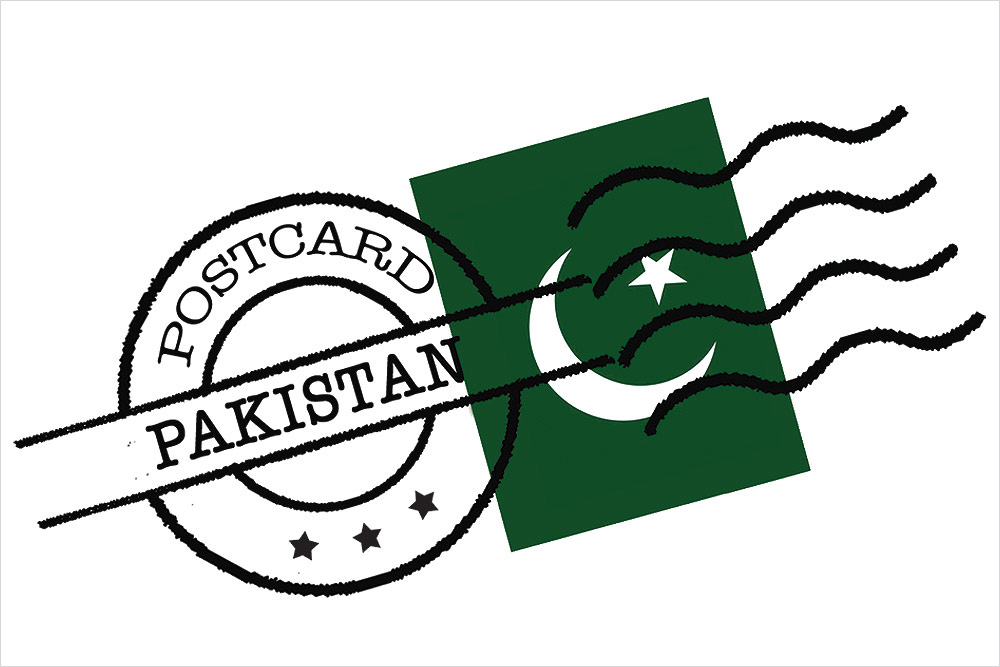 Chinese engineers working in Pakistan ended up ass­aulting local policemen earlier this week. And it would seem all for a noble cause: denying them access to the “red light” area without police escorts.

A number of engineers and other workers from China enga­ged in the construction of M4 Motorways from Bahawalpur to Faisalabad attacked policemen who were deployed at the camp site to protect them. The problem, it seems, stemmed from the policemen’s refusal to allow the Chinese nationals to leave the camp and visit local pros­t­itutes without any policemen or security accompanying them.

There have been a number of incidents of attacks and murders of Chinese nationals working in various projects in Pakistan. To prevent such incidents, most have been given police protection at their camps and also while travelling out of secured areas.

According to a report in the English daily Dawn, Pakistani pol­icemen refused to allow the Chinese to leave their camps without a security squad accompanying them. But the foreign workers wanted to shed their security cover when they wanted to visit the “red light” area. When the policemen refused to oblige them, the Chinese engineers and other Chinese workers at the camp site started beating up the policemen.

Not only did the Chinese workers beat up policemen, they struck work, cut off power supply and lodged false charges against the cops.

To make matters worse, all this was captured on cell phone videos, which have since gone viral. The video clips clearly showed the policemen being kicked and beaten up. In one, a visibly angry Chinese national is also seen atop the bonnet of a police vehicle. Later, the engineers cut off the power supply to the police camp within the main construction camp.

The Dawn report said that on Wednesday morning, the Chinese workers stopped work on the project and abandoned heavy machinery and vehicles on roads in the area.

The protesting Chinese engineers also wrote a letter to Punjab Chief Minister Shahbaz Sharif, claiming they were prevented from “performing their duties” by the policemen, alleging that they were the ones attacked.

They also accused the security in-charge of attempting to hit Chinese workers with his vehicle. The police officials, predictably under tremendous pressure to handle these difficult guests, rejected the accusations and described them as fabricated. Later, Khanewal DPO Rizwan Omer Gondal met with the Chinese workers, after which they agreed to remove the road blocks. But it was made clear they would not be allowed to go out of the camp without police escort.