Guess what is the new ringtone of government officials in J&K's Samba; Madhya Pradesh's railtrack robbery problem. Read all the juicy gossip here... 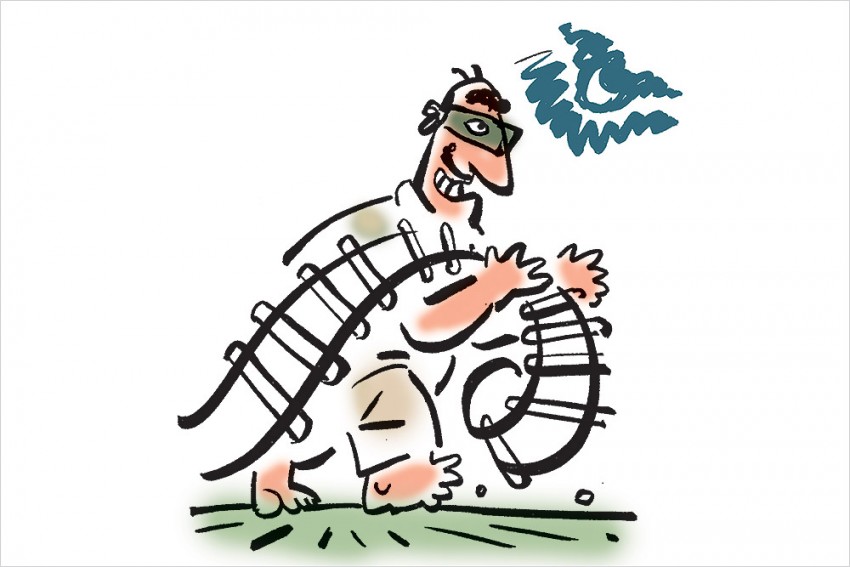 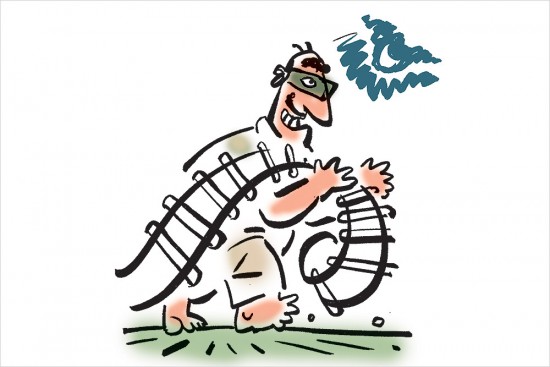 Alleged criminal mastermind Shamim Kabadi has baffled the police by stealing more than 1.6 km of rail, weighing over 100 tonnes in total, and apparently fleeing to Pakistan. The rail had been laid alongside the main tracks between Katni and Damoh stations in Madhya Pradesh, and investigators are puzzled by how such large-scale robbery was pulled off—ordinary thieves would have had neither the tools nor the funds. They also wonder why anyone would do such a thing; track-grade steel can’t be used for much else, and melting and recasting it for other purposes would be more expensive. The Railway Protection Force have arrested eight people, but their confusion remains. Nevertheless, an RPF officer was reported as saying that they had already recovered 60 per cent of the rail. 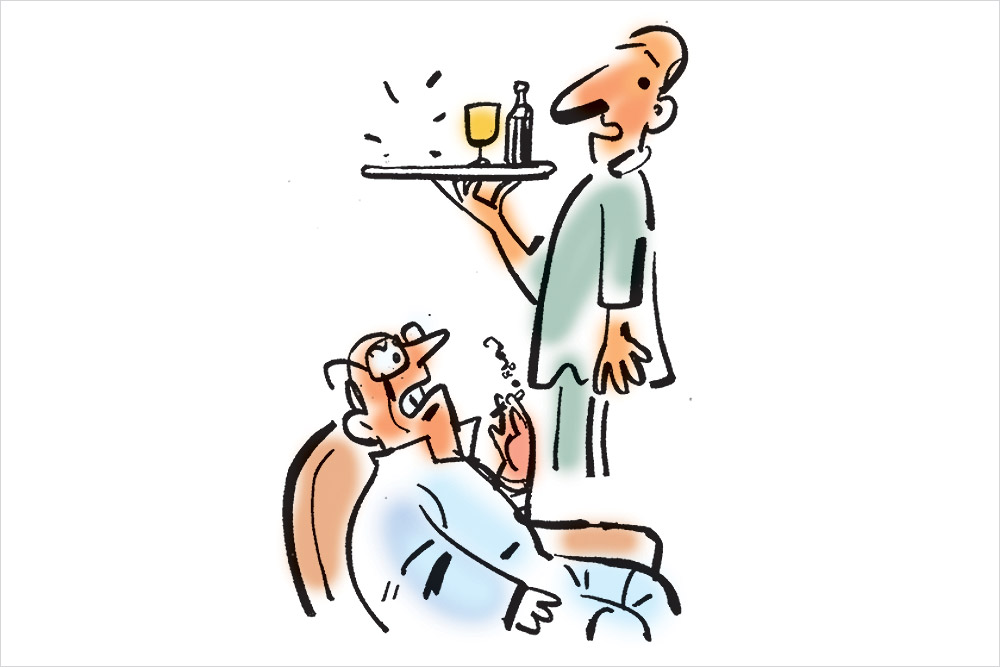 The Glenlivet. Johnnie Walker Blue Label. Oban Single Malt. These are some of the brands in short supply as Bengal’s government-run warehouses run out of imp­orted stock. As the state’s hospitality industry depends on buying from the government monopoly (which buys directly from manufacturers), it fears a loss of revenue unless the administration replenishes stock. “Currently, hotels, restaurants and bars are almost out of stock of beer. Even scotch, malt whisky and a variety of wines are not available...I am afraid the tourism industry will take a hit if this continues,” Sudesh Poddar, president, Hotel and Restaurant Association of Eastern India, said. Some insiders pointed to the government preferring domestic brands that cost it less and move off the shelves quickly. But it’s probably too early for apocalyptic prognostications. 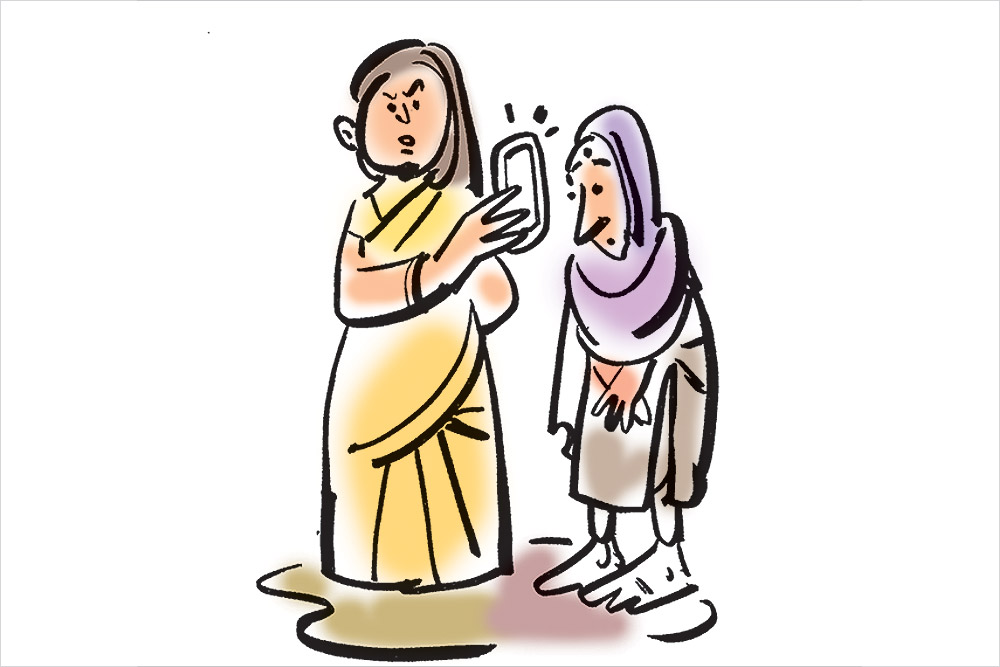 Big sister is listening to you. Sheetal Nanda, deputy commissioner (ie, district magistrate) of J&K’s Samba district, recently ordered all government employees, including schoolteachers, to download a ‘Beti Bachao, Beti Padhao’ ringtone for their Jio numbers—and demanded a compliance report within 24 hours. The ringtone is a song performed by a folk singer in Dogri, and the administration is working to include it on other networks. The move failed to impress Samina Maqbool, a women’s rights activist and gyn­aecologist from Srinagar. Pointing out issues like high mortality and female foeticide, she questioned how a ringtone could help where substantial intervention is required. “The solution lies in working on the causes leading to skewed male-female ratio,” she said. 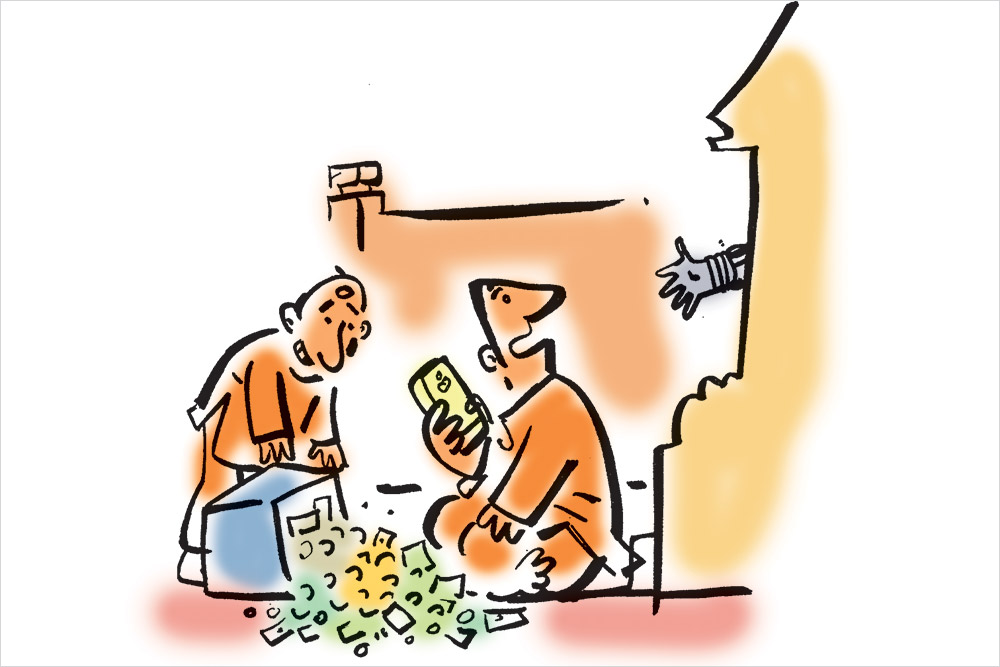 Lord Subrahmanya got an iPhone 6S recently when a devotee at a temple in Mopidevi in Andhra Pradesh’s Krishna district dropped the device into the hundi. One official said, “We opened the hundi on Friday after a little over three months (108 days) as usual, and as we were counting the collections, we found the iPhone with the sealed pack. It had everything, from a cover to the warranty card.” This makes it clear that the phone was an intentional donation rather than dropped in accidentally. “A devotee who might have recently started a smartphone business must have thought of pleasing the god this way. We will write to the government for directions to deal with the gift,” temple superintendent A. Madhusudhan said. Would a newer model have been more pleasing to the god? Who knows! 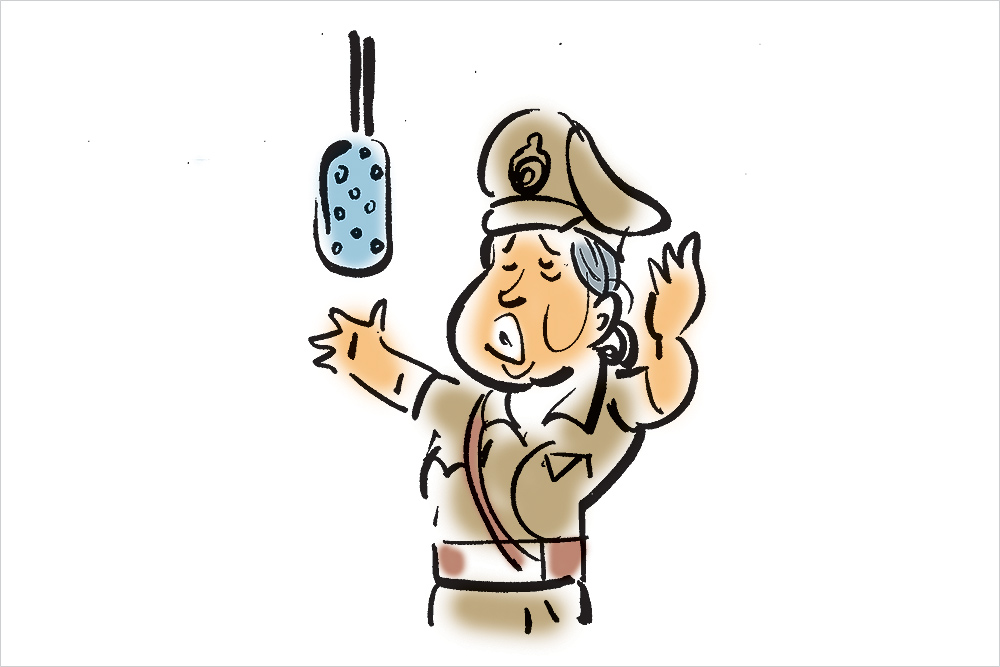 “Tora Man Darpan Kehlaye”, sings Ban­­galore cop D. Roopa Moudgil in a music video. Having shot to fame when she reported the allegedly privileged treatment AIADMK leader V.K. Sasi­kala received in jail, she has turned to fresh pastures. “Proud to release my music video. This should be the best tribute I could have given to women on International Women’s Day,” she said. The song is from the 1965 film Kaajal, starring Meena Kumari and Dharmendra. She des­cribed the song as inspirati­onal, citing the lines “Your mind is like the mirror. It is in the mind—happiness, sadness, success, failure. If you can think you can, you surely will.”

There are a few verdant meadows still in the Kashmir Valley. At Noorpora, in Pul­wama district, a funeral procession saw Muslim boys bearing a deceased Pandit woman’s body on their shoulders, while Muslim women visited her house to offer condolences. Noor­pora is one enclave where Pandit families stayed back amid the turmoil. And when Kamlavati, 80, pas­­sed away, neighbours offered all the help they could. “We never left or felt the need to leave. We have been living with our Muslim neighbours in harmony and will continue to do so,” a relation of the deceased said.

A Supreme Belief For Office

It didn’t need a prop­het to predict. Justice Shaukat Aziz Siddiqui of the Islamabad High Court pronounced a ver­­dict affirming the com­­pulsory nature of the Khatam-e-Nabuwwat (‘finality of prophethood’) oath. To become a public servant in Pakistan, in politics, civil service, the military or the judiciary, you must “solemnly swear” that you “believe in the...finality of the prophethood of Muhammad”. This targets the Ahmadiyya sect, who were declared non-Muslims by Parliament in 1974. The 2017 Election Act’s attempt to soften the wording led to protests by hardliners, the dismissal of law minister Zahid Hamid, and a court case over the Act’s constitutionality. Believe it or not, China could be building and operating the multi-billion dollar Gwador Port, but Pakistani auth­­orities are yet to give it the much-needed security clearance.

The National Assembly’s standing committee on finance was told recently that the ministry of interior had not iss­ued security clearance certificate to M/s China Overseas Ports Holding Company Limited (COPHCL). The company is building and operating the port. The information shocked members of the standing committee, who asked the invo­lved agencies to probe the matter and report back.

A Pakistani English daily, News International, repor­ted: “The Security and Exchange Commission of Pakistan (SECP) has been directed to launch an investigation, the NA committee said in a meeting held here at Parliament on Tuesday under chairmanship of Qaiser Ahmed Sheikh.”

According to news reports, SECP executive director Shaukat Hussain informed the NA panel that the ministry of int­­erior had not yet issued a secu­rity cle­­arance certificate to M/s COPHCL-Pakistan, that is bui­­lding and operating the deep-sea port. He said that they had wri­­tten to the ministry in Nove­mber 2014, but got no response so far.

Asad Umar, the PTI member in the NA, alleged  that COPHCL-Pakistan was a company of unknown credentials. Referring to some news reports, he said the article claimed the parent company of the COPHCL-­Pakistan—the China Overseas Ports Holding Ltd—was a one-room company registered in Hong Kong.

A politician cited reports to say that COPHCL-Pakistan, which is building and operating Gwadar, has dubious origins.

The committee asked the SECP to review the security clearance issue of COPHCL-Pakistan. The SECP also submitted documents in the standing committee. Its papers showed that the three directors of the company hold only three shares—one each for its three directors—and the rest of its total 10 million shares is owned by the parent company COPHL, which is based in Hong Kong.

The COPHL requested the SECP registrar for approval of COPHCL-Pakistan’s name in August 2014. But the interior ministry did not give a security clearance certificate.

How To Laugh In Malayalam