Why did Maharashtra CM Devendra Fadnavis Spread His Arms Like Shahrukh Khan? If not Salman, who is the real 'Dabangg'? Read all the juicy gossip... 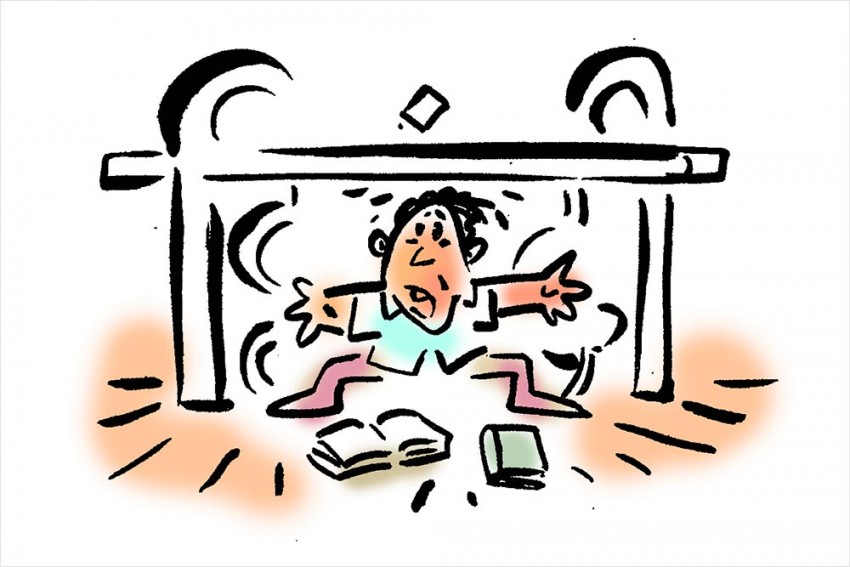 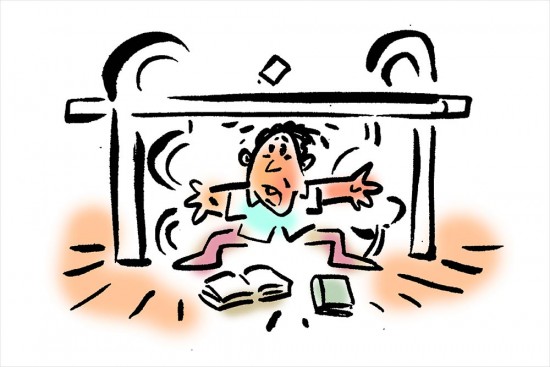 Hindi bears the burden of being chosen by linguistic propagandists and politicians as the official language of a country in which around 1,652 tongues (as of the last census) are spoken. The promoters of this nationalisation of language have an absurdly uph­ill task before them. But when they tried pushing in the Hindi manifesto through a backdoor tactic at IIM Kozhikode, Malayali students were far from amused. Authorities had asked students to submit their names in Hindi to receive their postgraduate degrees in the same language—a compulsory requirement. “This (providing names in Hindi) is mandatory for printing the same in PGDM certificates for convocation 2018,” read the official mail to students, who protested by calling this a forceful imposition of Hindi. “If they want to give us a certificate in any other language apart from English, it should be in our mother tongue,” a student said. 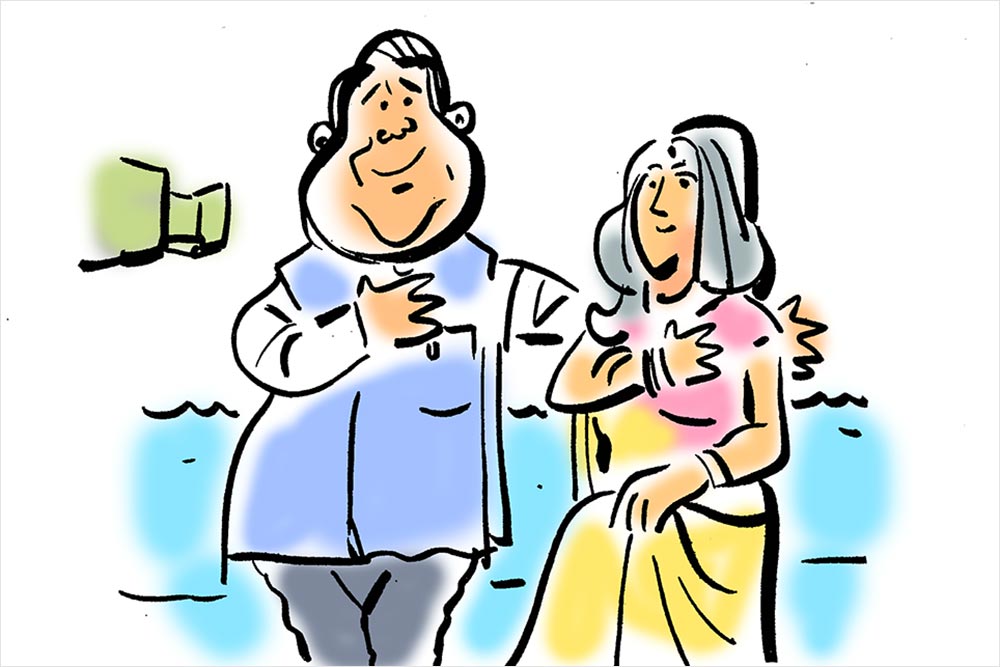 Maharashtra CM Devendra Fadnavis has clarified that if he was recently seen spreading his arms multiple times in the fashion of Bollywood superstar Shahrukh Khan in a YouTube music video, in which his wife, classical dancer Amruta Fadnavis, is the singer opposite Sonu Nigam, it was only for the sake of river conservation. Fadnavis had to defend himself since the opposition Congress raised doubts over how the chief minister’s touched-up act would improve conservation. “I am surprised over the vilification campaign.... Since it was for a public cause, I agreed to it,” Fadnavis said. Later, a senior official from the CM’s office clarified that no state money had gone into the production of the video. Along with the first couple of the state, the music video saw cam­eos by municipal commissioner Ajoy Mehta and Mumbai Police commissioner Datta Padsalgikar. 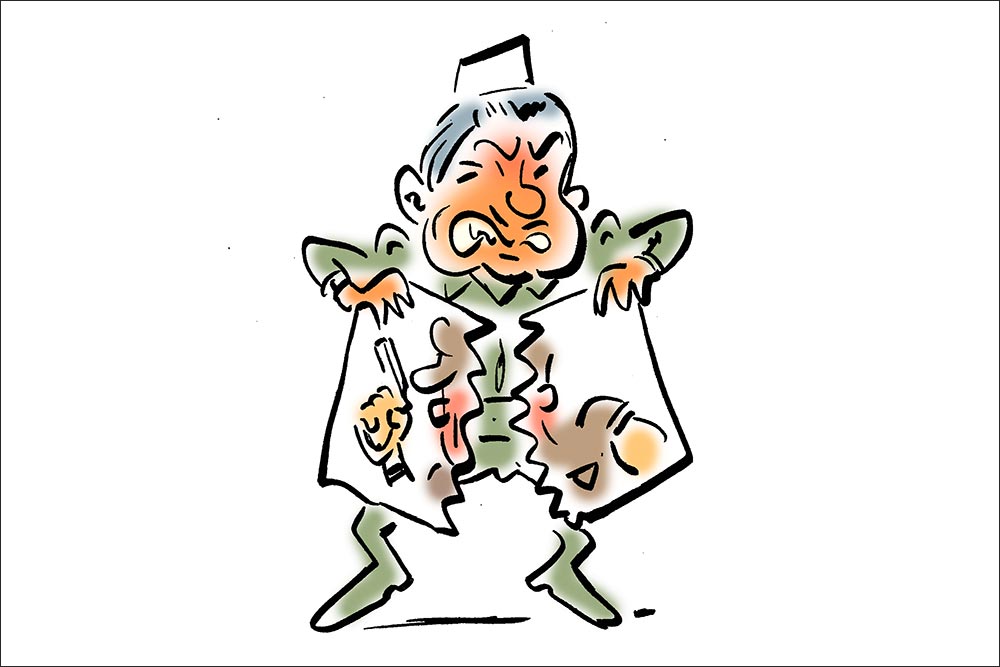 Salman Not Doughty Enough For Nepal

By effectively postponing Salman Khan’s ‘Dabangg’ tour of Nepal, a Maoist group has ensured that they are perceived as the only dabanggs (fearless) around town. Netra Bikram Chand, aka Biplav—of the CPN-Maoist, a splinter of the ruling CPN (Maoist), with the dash as the differentiator—demanded that Khan’s show be cancelled, since it was “cultural intervention on Nep­ali soil.” Why the organisers of the event gave in to Biplav’s demands may be related to his reputation for violent, ‘radical’ activities. But, in time, a compromise may be reached and organisers are hopeful. The programme, which will have top Nepali artistes perform with Khan’s 110-strong team, is now likely to take place in April or May. 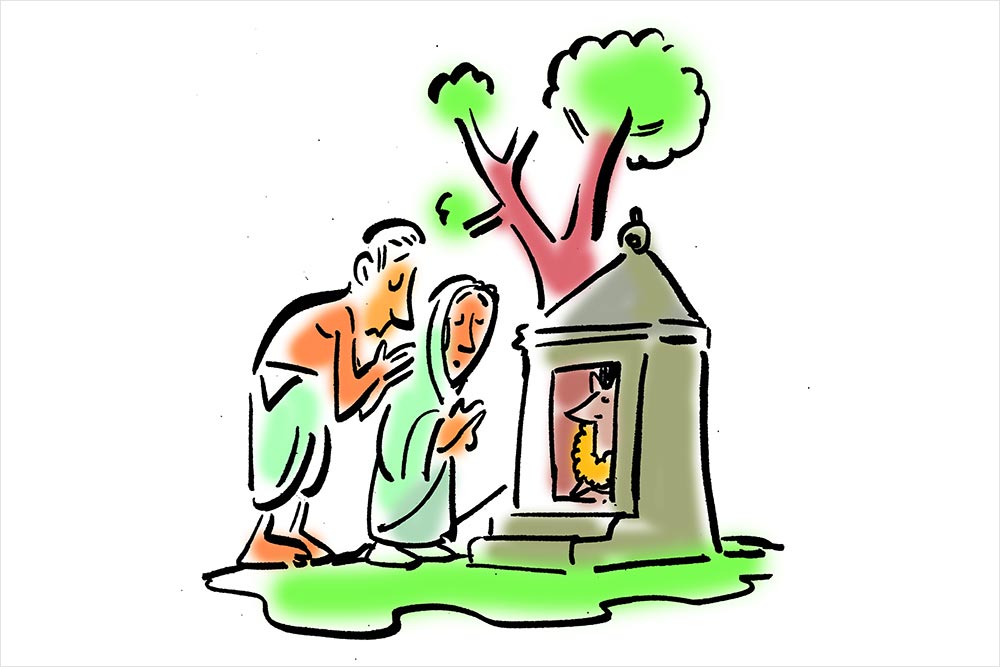 The Dogess Deity Off NH 75

Mini shrines along the country’s national highways can have int­eresting back stories. Just off NH 75 in Jhansi district, between the villages Revan and Kakvara lies what can be termed the ‘dogess shrine’—the kutiya maharani ka mandir (literally: the bitch queen temple). The structure, which has a canine’s statue installed just behind a mesh of protective wires, is frequented by people seeking blessings from the ‘bitch queen’. A woman claims she prayed to the bitch godess for her husband; soon after, he got a job. Some pray for better marks in examinations. The legend keeps growing. A few years back, a black bitch died in that spot and was buried by locals. The mound of mud over her grave would reappear whenever it was removed. “That’s when people realised that it was a miracle and made a shrine there,” says Kajri Devi of Revan village. 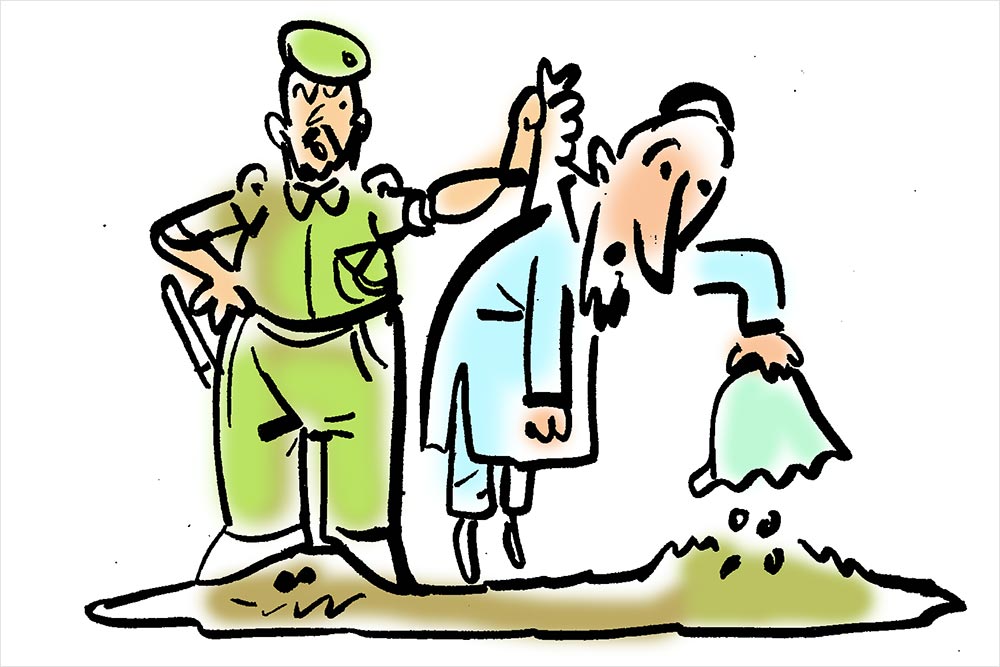 Ban On The Sindh Dumps

The dumping of trash in open spaces in cities is a huge problem in the subcontinent. Fed up with this menace of mindless dumping of trash by homes, hospitals and industry, the Sindh home department has imposed a province-wide ban on the practice. A ban has also been imposed on the burning of garbage heaps by the department. Under the latest ban, SHOs are authorised to register criminal cases against violators. Soon after the order was imposed, two men who were throwing garbage out on the road in Karachi’s old city area were arrested by the Sindh police. They were booked under the Pakistan Penal Code’s Section 188, which punishes disobedience to an order promulgated by a public servant.

The words “Security Force Headquarters, Mullaitivu” embossed on the arch leading to Keppapilavu village in Sri Lanka’s northern Mullaitivu district make it official—the land bel­ongs to the military. But a protest site adjacent to it speaks of the fate of thousands displaced by military occupation. In the last two years, Colombo claims to have handed over 8,500 acres of military-occupied land to its rightful owners, but there is still a long way to go. In Keppapilavu, civilians have been protesting for a year. They have been cooking, washing, sleeping...literally living on the street.

Among the most innovative ways to pay tribute to a public figure, perhaps, is to cultivate a flower and name it after them. Last year it was ‘President Pranab’, a bright yellow rose in the Mughal Gardens of Rashtrapati Bhavan. This can also be employed as effective foreign policy. And it helps if you can choose from the boundless variety of Singapore’s famous botanical garden. ‘Orchid Hasina’, ‘Hasina Orchid’...the exact name is yet to be decided, but observers concur that it is one beautiful flower. It is to be named in honour of Bangladesh PM Sheikh Hasina, who will soon visit Singapore. The decision was announced by Singapore foreign minister Abul Hassan Mahmood Ali. It is a budding relationship that Pakistan cannot help but crow about. Yes, it is the growing Moscow-Islamabad ties. Though it is not yet clear how enduring ties will finally turn out to be, for the time being it serves both sides to send out signals to those intended—the US and India.

As US influence in Islamabad wanes, former adversary Moscow is building military, diplomatic and economic ties that could upend historic alliances in the region and open up a fast growing gas market for Russia’s energy companies, says a report in the English daily, Dawn.

Russia’s initial diplomatic foray into Pakistan in recent years began with Afghanistan in mind. Worried about drugs coming into the country through the Afghan route and the country playing host to militants launching attacks into Russia, the leadership in Moscow thought a relationship with Islamabad could help address some problems.

But, as traditional ally and the main market for Russia’s military hardware, India, started looking elsewhere, especially towards the US, Moscow started using Pakistan to give out a signal to friends in New Delhi.

According to the report, the Moscow-Islamabad relationship is in its infancy, and it is China that is filling the growing void left by the United States in Pakistan, But a slew of energy deals and growing military cooperation promise to spark life into a Russia-Pakistan relationship that was inert for many decades.

“It is an opening,” Defence Minister Khurram Dastgir Khan said in an interview. “Both countries have to work through the past to open the door to the future.”

The two sides have agreed to continue annual military training exercises that began in 2016 and followed the sale of four Russian attack helicopters to Pakistan, as well as the purchase of Russian engines for the Pakistan Air Force’s JF-17 fighter jets that Pakistan assembles.

Predictably, a budding relationship between once of its traditional allies and ‘historic’ adversary has made India suspicious. But Moscow has always assured leaders in New Delhi that its ties with Pakistan can never be at the cost of India. The fact that India continues to be one of the biggest arms market for Russia, keeps the countries tied to each other.

Additionally, the level of comfort Indian leaders still enjoy with Russia is unlikely to be matched with its growing ties with the US, which, despite being the world’s greatest power, lacks the credibility of being a consistent and reliable ally.