A VIP victim of this year's Jallikattu; Rs 50,000 glass for Kerala Assembly speaker. Read all the juicy gossip from the neighbourhood... 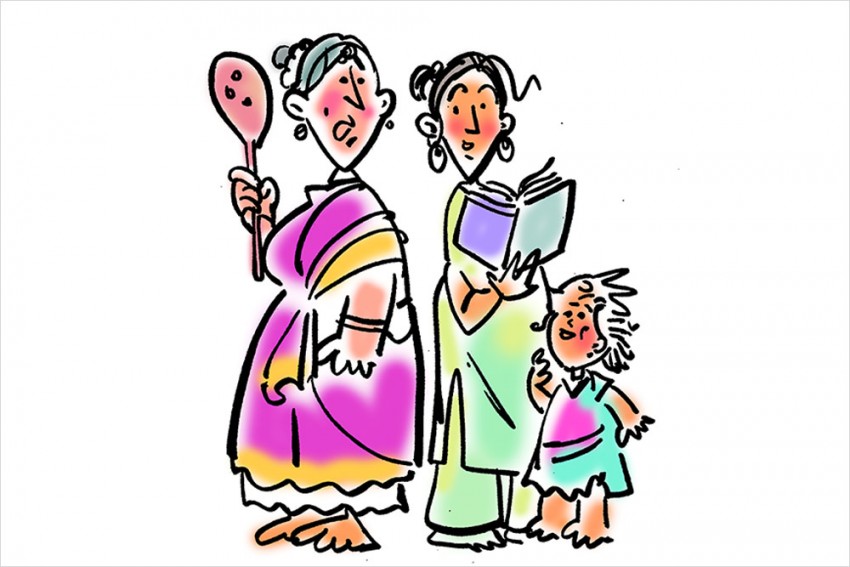 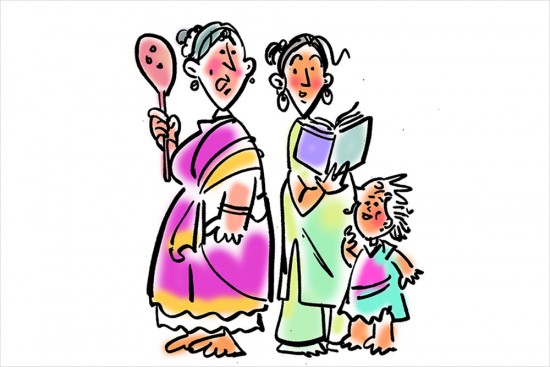 There’s a new trend in Bangalore: learning Kannada. Non-­Kannadiga parents have taken the initiative to learn the language after the gover­nment made it compuls­ory in schools. Having to help their children do their homework, they have set up WhatsApp groups, signed up for online lessons, hired private tutors and even sought their household staff’s help. A Class-I student’s Bengali mother was quoted as saying, “I am taking my maid’s help as she studied in a Kannada-medium school till Class-IX, besides relying on audio content prepared by the school.” Schools too are providing homework sheets with Kannada transliterated into the Roman and Devanagari scripts. 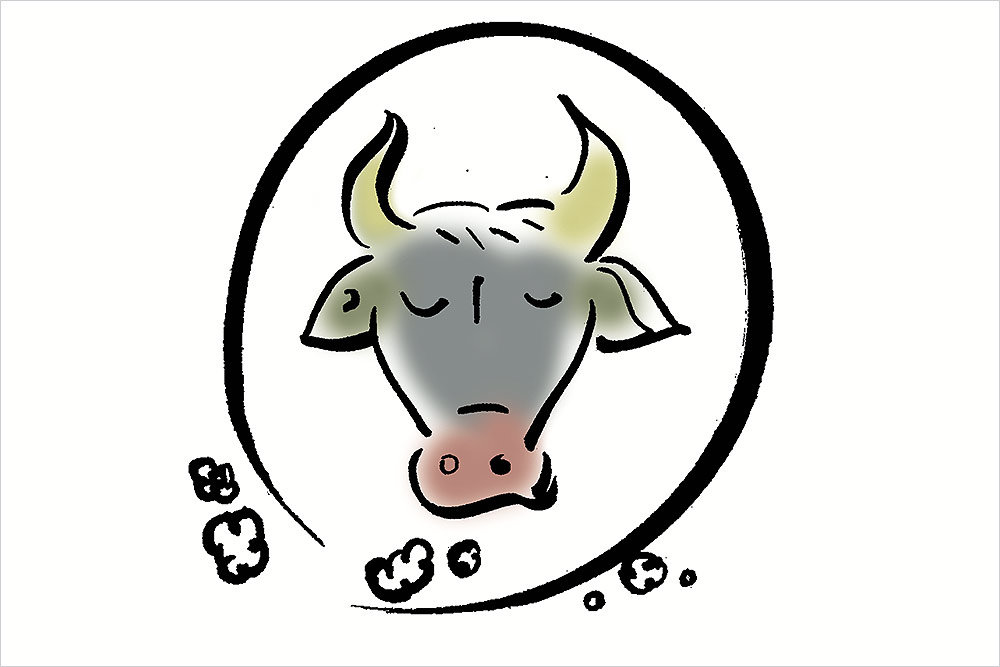 Komban, Tamil Nadu’s ‘VIP bull’, was killed at a Jallikkattu arena in Pudukkottai district. As he was being forced out of the narrow passage that leads to the arena, his horns got ent­angled in the iron railings, resulting in his death. Dying und­efeated, Komban is the second bull to be killed this season, while animal rights activists say more than 15 people have been gored to death thus far. The champion bull was given a vedic funeral at its owner TN health minister C. Vijayabaskar’s family estate. “Komban’s death substantiates our finding that bulls are forced into the Jallikkattu arena against their wishes and subjected to cruelty on resisting,” said Nikunj Sha­rma of PETA.

Respectability has murdered yet another era. According to reports, Kath­mandu’s Thamel district, a hotspot for latter-day hipp­ies since the 1980s, is being colonised by (under-construct­ion) posh hotels, while new regulations restrict cycle rickshaws to the outskirts—preventing them from plying their accustomed trade in adultera­ted hashish. The music shops, where pirated Bob Marley albums jostled for space with collections of Tibetan chants, are a thing of the past, and the Rs 65 Nepalese breakfast, which featured toast garnis­hed with fluorescent pink jam along with fried potatoes, a banana and instant coffee, has all but vanished from the streets. The Pilgrims Book House, which burned down in 2013, has been replaced by a concrete mall where you can buy Apple products to your heart’s content. On the other hand, Pilgrims has found a new location, and banning motor vehicles from the narrow and bustling streets of Thamel’s centre will work wonders in helping to ensure a safe and pleasant experience for shoppers and tourists. 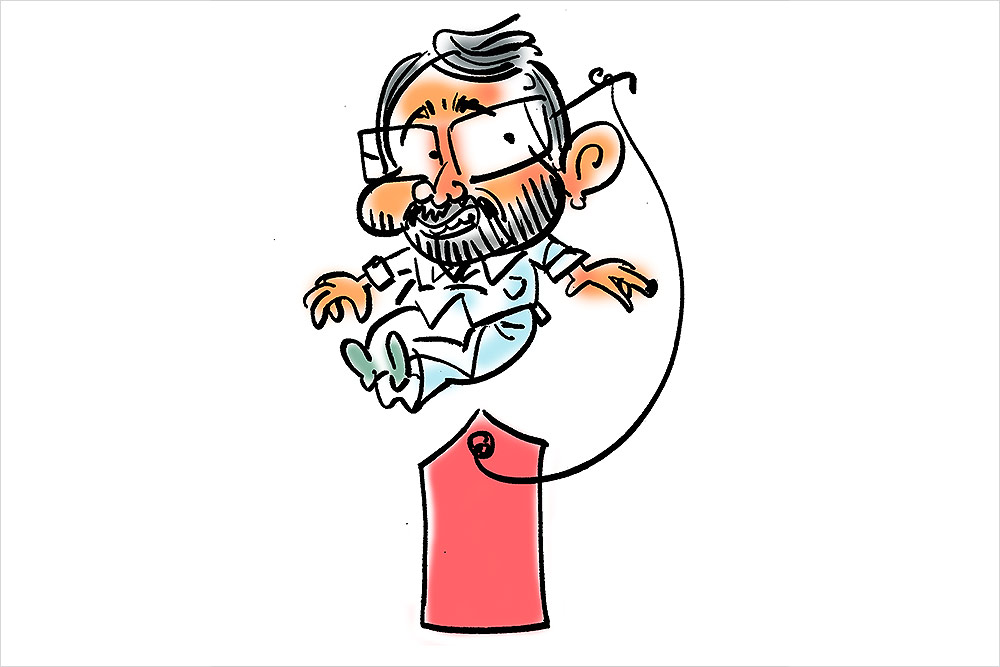 He presides over the assembled legislators with a watchful eye, enhanced by Rs 50k glasses. Now, Kerala Assembly Speaker P. Sreeramakrishnan finds himself in the public eye after details of expenses reimbursed by the state exchequer came to light following an RTI application. In addition to Rs 4.25 lakh claimed for medical expenses for himself and his family, including his dependent mother, between October 2016 and January 2018, the speaker was reimbursed for the Rs 49,500 he spent on his new glasses (Rs 45,000 for the lens and Rs 4,900 for the frame). He defended the expenditure saying, “The doctor said my eye problem could be solved only by using a costly lens. However, I have opted for a less expensive frame, which was my choice.” This is all a little awkward as it comes in the wake of austerity measures announced in the state’s budget. 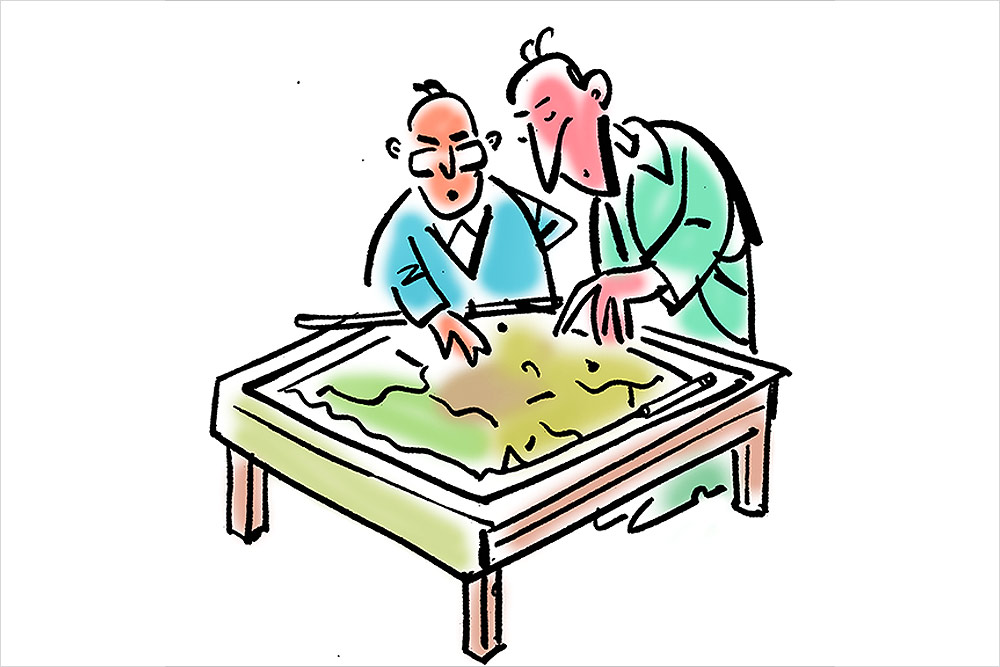 When Chinese pilgrim Xua­nzang visited Anandapura in the seve­nth century, he noted it was home to 10 Buddhist monasteries housing around 100 monks. Vadnagar, as it is now known, is a place of some historical significance. It’s also the birth­pl­ace of PM Narendra Modi. The Gujarat government and the Centre are working with a Rs 100 crore budget to develop this town. This will benefit the Hatkeshwar temple, Sharmishtha lake, Kirti Toran and Vadnagar railway station, among others. “We are dev­eloping a heritage circuit from Vadnagar to the ­Modhera Sun Temple and the historical step well in Patan,” said Gujarat chief ­secretary J.N. Singh.

In 2013, the Myanmar government gifted an elephant named Myan Kumara to Sri ­Lanka, where the species is sacred and protected, with several Buddhist temples using elephants for their annual pageants. However, this tusker’s story turned dark earlier this month when he fata­lly injured 77-year-old Bellanwila ­Wimalarathana, a monk and vice-chancellor of a state university, in his own temple near Colo­mbo. The mahout stopped his charge from goring the monk, but the doctors could not save the injured monk, who died of his  wounds in hospital the following day.

Nancy, two-year-old canine sleuth of the BSF, proved her worth when she helped find a major stash of weapons and ammo close to the Zero Line at the Kassowal border outpost. The reco­vered materiel included three AK-47s, two pistols, six high-end grenades, two magazines and 150 rounds of ammunition. Gurdaspur Range DIG Rajesh Sharma said Nancy had been called up after “suspicious movement” was detected at the border. She managed to find the cache before noon. “We will continue the search as we expect to find more arms,” said Sharma. “Infiltrators may have been abandoned the consignment when challenged. We are not ruling out more recoveries.” Pak Outside US Orbit

What was being predicted in several quarters over the past months about the future of US-Pak ties has now been confirmed by 17 leading intelligence agencies in the US. They predict Pakistan will slip further away from the American sphere of control in the days ahead and pose a serious threat to US interests. Pakistan will be “deploying new nuclear weapons capabilities” and maintain “its ties to militants, restricting counter-­terrorism cooperation” in addition to moving closer to China, the agencies warned.

US National Intelligence director Daniel R. Coats made these dire predictions in an annual report to the Senate Committee underlining the worldwide threat assessment of the US intelligence community, which includes the Central Intelligence Agency (CIA), the Federal Bureau of Investigation (FBI) and the National Security Agency (NSA). According to the report, Islamabad-backed militant groups will continue to take advantage of their alleged safe havens in ­Pakistan to “plan and conduct attacks in India and Afghanistan, including against US interests.”

Intelligence agencies in the US predict Pakistan will slip further away from American ­control and pose a serious threat in the days ahead.

Pakistan’s perception of its “eroding position relative to India, reinforced by endemic ­economic weakness and domestic security issues, almost certainly will ­exacerbate long-held fears of isolation and drive Islamabad’s pursuit of actions that run ­counter to US goals for the region,” the report stated.

In a brief assessment of Islamabad’s nuclear ­programme, the agencies informed Congress that the country continues to produce nuclear weapons and ­develop new sea-based and air-launched cruise missiles, besides longer-range ballistic missiles. “These new types of nuclear weapons will ­introduce new risks for ­escalation dynamics and security in the region,” the report added.

On India-Pakistan tension, the agencies’ report ­expects ­relations between the two hostile South Asian ­neighbours to remain tense, with continued violence along the Line of Control. The report warns of “the risk of escalation if there is another high-profile terrorist attack in India or an uptick in violence on the Line of Control”.

Leading newspapers in Pak­istan carried the news prominently, indicating serious concern as the country’s battered image in the US establishment has regularly dominated the foreign policy debate there.

Not Quite Ready To Mingle