Where are the demonetised notes going? Why are Assamese setting London Bridge, Eiffel Tower on fire? Read all the juicy gossip... 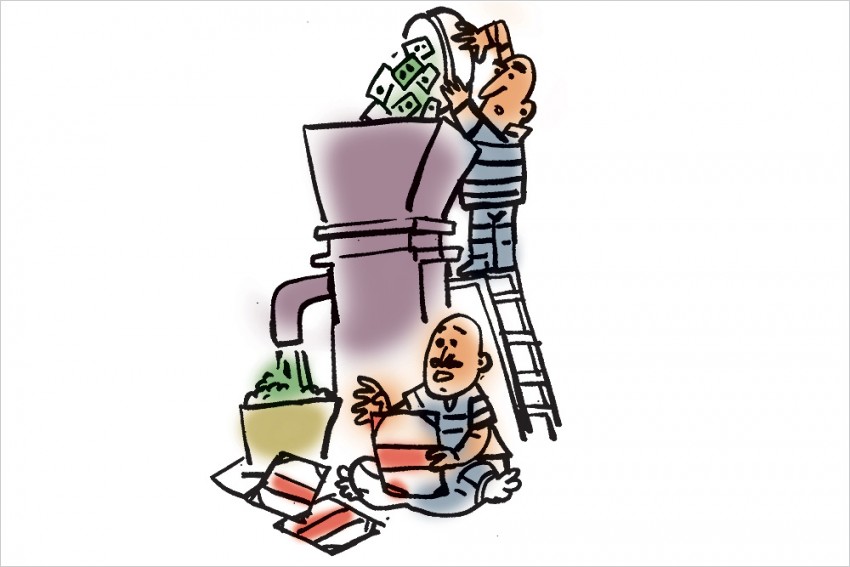 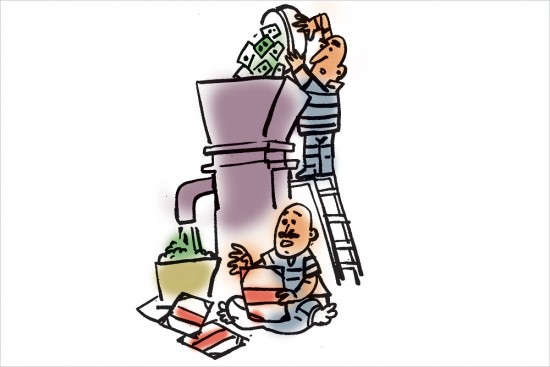 The Afterlife Of Our ­Demonetised Notes

Each day at Puzhal Central Prison in Tamil Nadu, a team of 25-30 trained convicts serving life sentences works on turning shredded demonetised notes into file-pads—hard pads used in government offices to mark files as ‘urgent’ or ‘ordinary’. The pads, which are also made from material procured from Khadi, are produced in six ­other jails in the state—but only Puzhal uses shredded currency, supplied by the RBI. The notes are made into pulp and solidified being poured into a die-mould, and this solid material is shaped into hard pads. This is currently done by hand, although the idea of acquiring machinery to make it semi-automated and improve productivity is being considered. The convicts can work for 25 days a month, earning between Rs 160 and Rs 200 a day for eight hours’ work, depending on their skills. 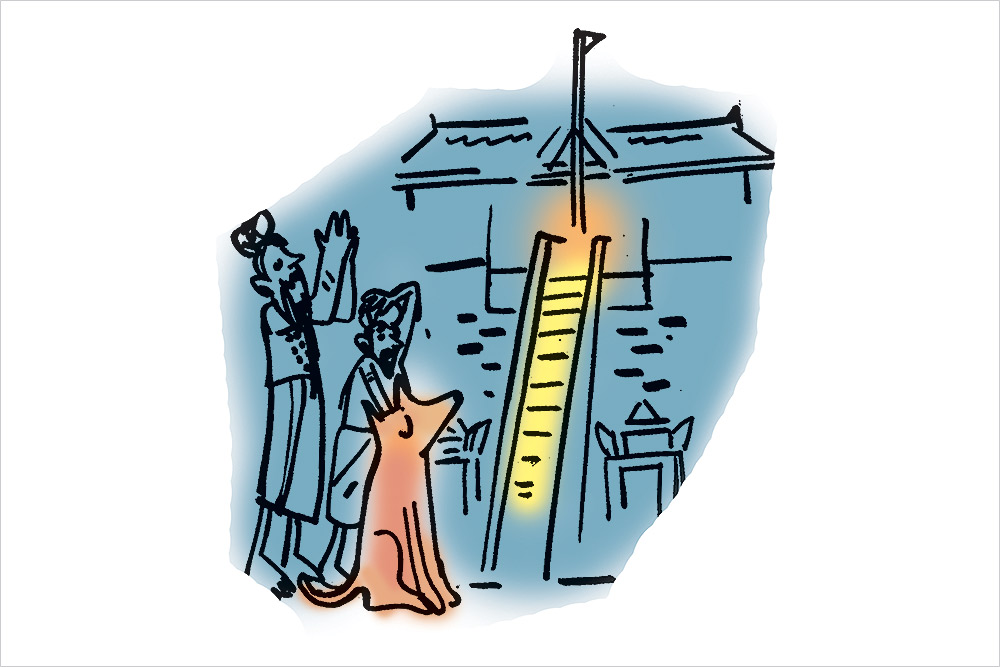 Bhairava was one of 42 pilgrims who arrived in Karnataka aboard the Ernakulam Express rec­ently, alighting at Bangalore’s Ban­aswadi station. They were on their way back after a 500-kilometre journey on foot to Sabarimala. Bhairava had origina­lly joined a group of 16 pilgrims at Hosur, becoming particularly close to one member, C. Madhan Kumar. Unfortunately, Madhan Kumar was the victim of an accident on the way and died of his injuries. Bhairava split from the group, but they found him waiting for them at Sabarim­ala. The first group decided to take him back with them, boarding a bus to Ernakulam and taking the train thence. He is now staying at the house of vendor G. Murugan. Bhairava is a dog. 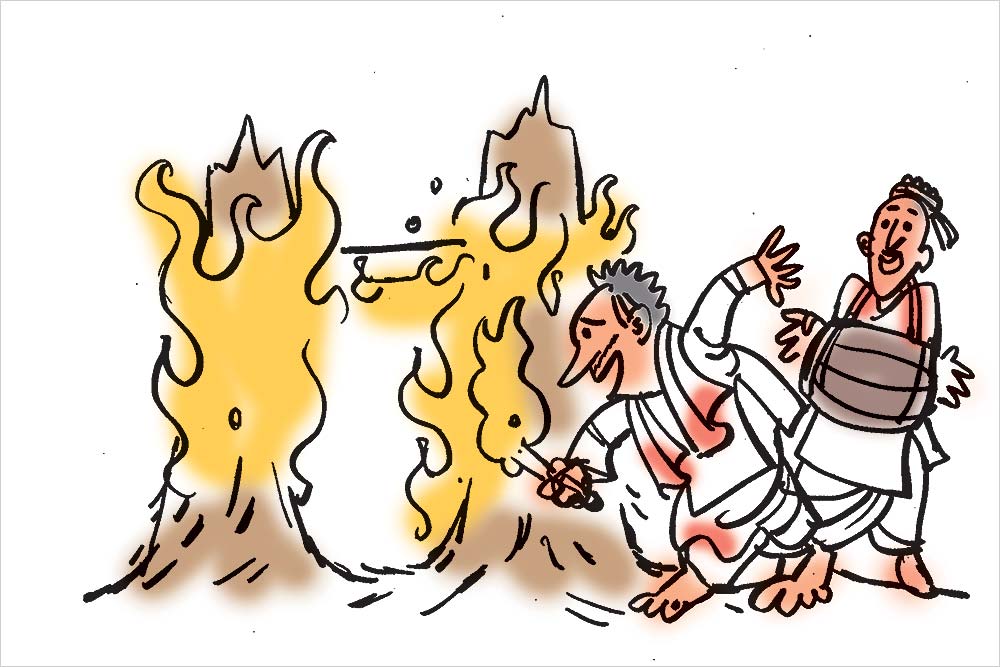 London Bridge Is Burning Down

The Assamese set fire to London Bridge, the Eiffel Tower and the Taj Mahal, among other iconic buildings recently. Hay and bamboo facsimiles of these structures were burned in a bonfire (called meji), while people also threw rice cakes and betel nuts into it, offered their prayers and sought their elders’ benediction, followed by communal feasting. This was part of the celebrations for Magh Bihu or Bhogali Bihu, from the word bhog, meaning ‘feast’. In his Bihu message, Governor Jagdish Mukhi sta­ted, “The spontaneous celebrations...by people transcending all social barriers symbolise the spirit of unity amidst diversity.” However, traditionalists decry some aspects of the celeb­ration as innovations, incl­u­ding the burning of replicas, as well as dancing (which is associated with Rongali Bihu in the spring). 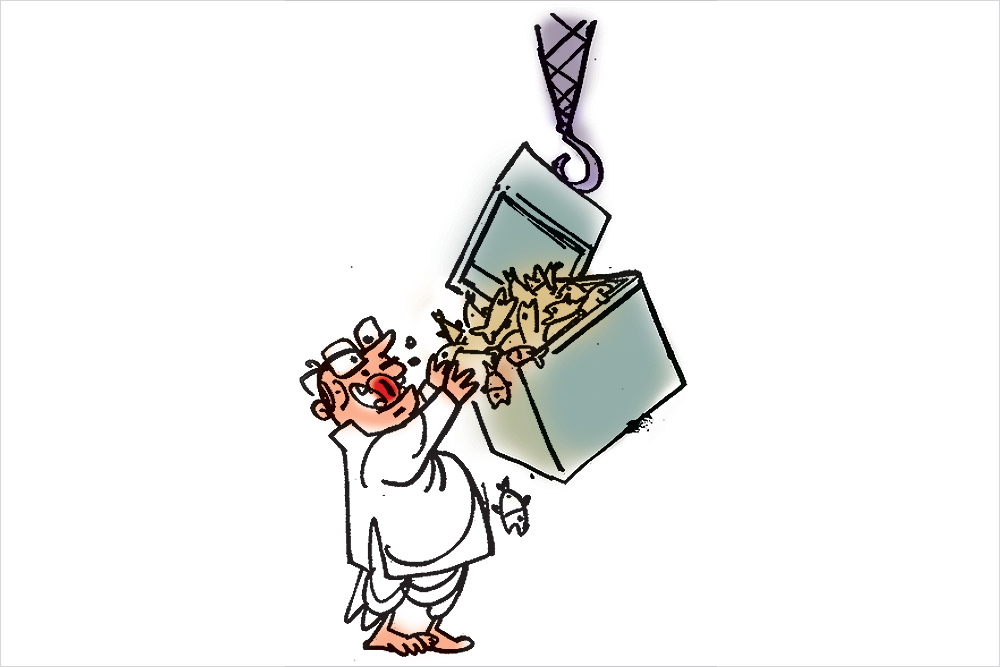 No Borders For Hilsa

Bengalis everywhere had cause to rejoice as Bangladesh announced the end of its ban on exp­orting hilsa which has stood since August 2012 as part of a conservation effort. Bangladesh’s new fisheries and livestock minister, Narayon Chandra Chanda, exp­lained the government’s reasoning: “The ban appeared futile. So, we will export hilsa through official channels to stop its smuggling. Our hilsa production has increased...” This move may help conservation efforts elsewhere. Bengal’s fisheries minister, Chandrakant Sinha, was quoted as saying, “Bangladesh is yet to officially lift the ban on hilsa export. Whenever it materialises, we expect a dip in prices of hilsa and also reduction in catching of baby hilsa fishes off the West Bengal coast, which will lead to their conservation.” 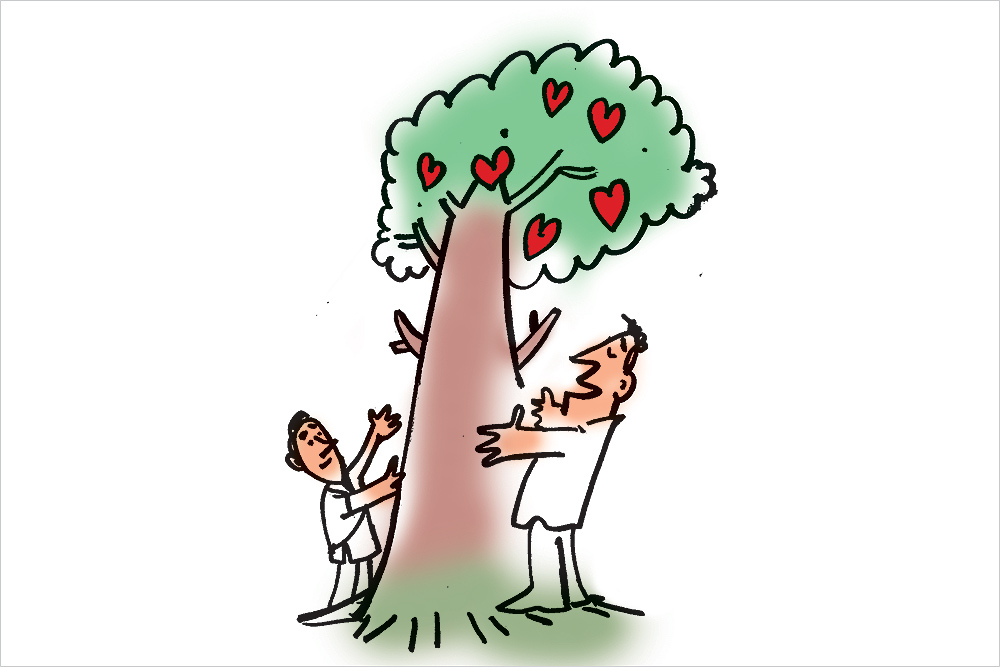 Trees are family in Sikkim. Under a new government scheme you can adopt a tree as a brother or sister (the Mith/Mit or Mitini scheme), as your child (in which case it is simply called an adopted tree) or as a token of remembrance (a smriti tree) for a dead relation. The tree can be one standing on your own land, on public land (for which you need to get permission from the relevant department) or even on someone else’s land (for which you must compensate the owner by paying the market value of the tree’s timber). Under the Sikkim Forest Tree Rules, 2017, any tree adopted thus is protected from damage with any violation classified as a forest offence.

An All-Women Staff At Matunga

As you walk through Mumbai’s Matunga railway station, you will encounter a fairly unremarkable distribution of staff: 17 booking clerks, six Railway Protection Force personnel, eight ticket checkers, five point persons, two announcers and two safai karmacharis. But what has catapulted the station into this year’s Limca Book of Records is the fact that all the aforementioned people are women. “The idea is creation of an environment for women where they can make decisions of their own for their...professional well being,” reads the railway ministry’s  press release.

A battalion of turtles that prey on charred bodies and animal carcasses is doing its bit to clean up the Ganga, in an operation that has been going on for decades. Recently, the UP government has faced criticism over the condition of the river, with a group of sadhus in Allahabad ref­raining from taking a dip at the start of Magh Mela due to the water having turned black. Thus, the state government ann­ounced its plans to rel­ease 500 turtles into the river last week. An official was quoted as saying, “The problem is that turtle smuggling has turned into a huge business...over 20,000 turtles are being smuggled every year from UP alone, which has led their rapid decline.” Will Not Eat Chinese Salt!

The Punjab Food Authority banned ajinomoto, commonly known as Chinese salt, after it found the ingredient was hazardous for health.

Pakistan, often seen by its detractors as a close camp follower of China, has refused to eat Chinese salt any more. The Punjab Food Authority (PFA) has banned ajinomoto, commonly known as Chinese salt, after the authority’s scientific panel found it hazardous for health. Though the country is also heavily dependent on the United States, Islamabad’s ties with Washington have often been testy. So, Pakistan’s relationship with China is its most important one. Currently, US-Pakistan relations are going through a lot of strain following the American President’s public castigation of Islamabad for its support to terror activities against other neighbours, including India. Interestingly, as the US has threatened to cut off major aid to Pakistan in the future to force it to change its behaviour, China had come to Islamabad’s support in the face of its growing isolation at the regional stage. China has also invested nearly $ 60 billion in the China-Pakistan Economic Corridor project. But despite all the hype about its strong, time-tested, bilateral ties, strains have also started creeping in Sino-Pak ties over the multi-billion CPEC. Beijing was miffed of late at the growing criticism in sections in Pakistan about the project and its slow progress in the country. The salt episode adds a new, interesting twist to the ongoing sensitivity in bilateral ties. ­According to Dawn, findings of the scientific panel of the PFA state that Chinese salt contains monosodium glutamate (MSG) which can be harmful for health. It can also cause hypertension and is said to be extremely hazardous for pregnant women, the panel found. The PFA scientific panel recommended banning the usage of ajinomoto in all eateries, frozen foods, and all other food products. The authority has issued a final deadline of March 31 to bring the use of Chinese salt to a complete halt. Chemically, it is a salt of the amino acid family—glutamic acid (glutamate). The Dawn report says that regular use of this ingredient can cause long-term issues like high blood pressure, autism, hormonal imbalance, asthma, reduction in bile formation, cancer and sterility in females. According to findings, the MSG over-stimulates the brain to make food taste great, so the person consuming it not only wants to have more of that food, but also want to go back to it. By all indications, Pakistan now wants to put a stop to this add­ictive salt. It is another matter that ajinomoto, the generic name for MSG, is actually the name of a Japanese company that popularised the product.

Why Does Doubt Grow On You, O Manasa?