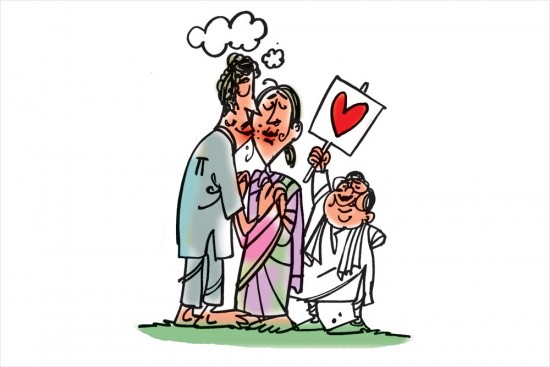 The Kamal’s Beef With Kisses

For a few years now, a village in Jharkhand’s Littipara block has been playing host to the Siddho-Kanho mela. Its highlight this year was the “kiss of love” event, where married couples race each other while pecking on the cheek. Simon Marandi, a Jharkhand Mukti Morcha leader who was elected as the area’s MLA this year, has been organising the fair for some years. He says that the reason behind the ‘kiss of love’ is to increase intimacy among married couples, mainly from the Santhal community, as they face a high rate of divorce. Marandi has had to give an explanation for this quirky, mushy event because the BJP has taken offence to it. State BJP vice-president Hemlal Murmu has said angrily that “in Santhal traditions, a girl and a boy do not even hold hands!” Call it a ‘hyper-bramhachari’ paradox, shall we?