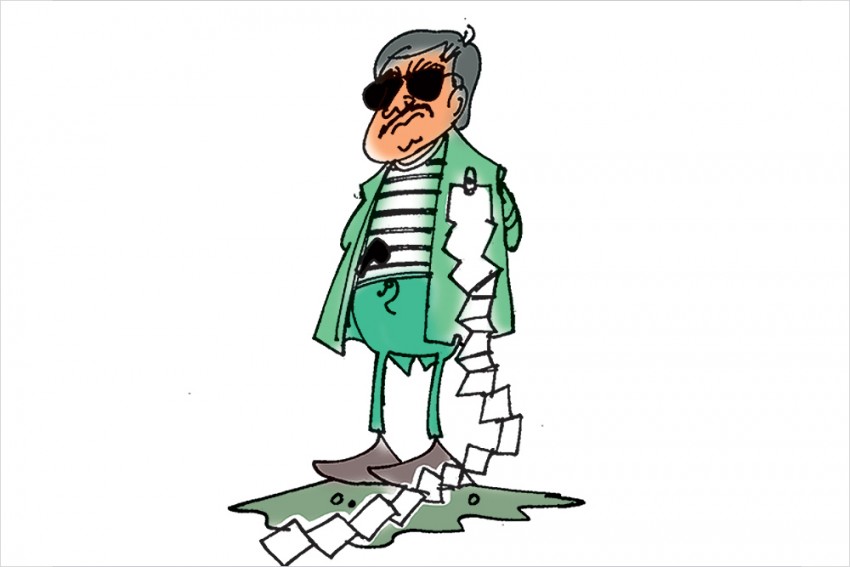 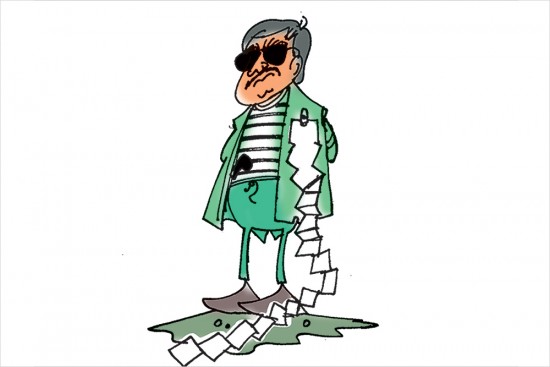 India’s most wanted, Dawood Ibrahim,  remains the only ‘Indian national’ on an updated list of financial sanctions released by the UK, which also listed his 21 aliases. The underworld don and mastermind of the Mumbai blasts is also  known by such names as Abdul, Shaikh, Ismail, Abdul Aziz, Abdul Hamid, Abdul Rehman, Shaikh, Mohd, Ismail, Anis, Ibrahim, Shaikh, Mohd Bhai, Bada, Bhai, Dawood Bhai, Iqbal, Dilip, Aziz, Ebrahim, Dawood Farooqi, Sheikh, Hasan, Kaskar,  Hassan, Ibrahim, Anis, Dowood, Shaikh; Kaskar, Daud, Hasan, Shaikh,  Ibrahim, Memon, Sabri, Sahab, Haji and Seth. The list also includes organisations such as the Liberation Tigers of Tamil Eelam (LTTE), Khalistan Zindabad Force and Hizb-ul Mujahideen. A series of affiliates of ‘Al-Qaeda’ and the ‘Islamic State of Iraq and the Levant’ are also recorded on the list. Financial sanctions in force could apply to individuals, entities and governments who may be resident in the UK or abroad. 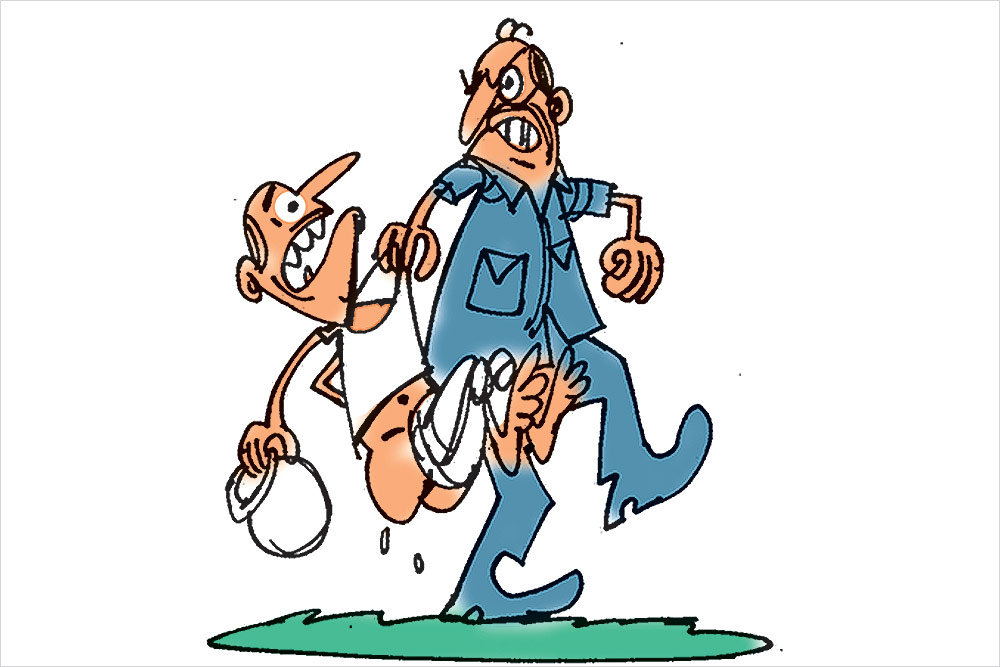 ODF With A Gun To The Head

Hard-pressed to meet targets for programmes initiated by the Centre, officials take hasty decisions. The ODF (Open Defecation Free) is one such target under the Swachh Bharat programme. It had a Sub-Divisional Officer (SDO) in Rajasthan’s Bhilwara district issue a bizarre order last week. The order stated that the electricity connections of all households which failed to build toilets within 15 days would be snapped. Kartar Singh, the SDO of Jahazpur issued the order after panicking over the dismal rate (19 per cent) of toilets in Gangithala village. The order was followed by anot­her insensitive act—district officials arrested six people from Gangithala for open defecation and charged them under Section 151 for disrupting peace! These orders did not go down well with the villagers, who protested fiercely. Their protests had the Bhilwara Collector revoke the SDO’s diktats. 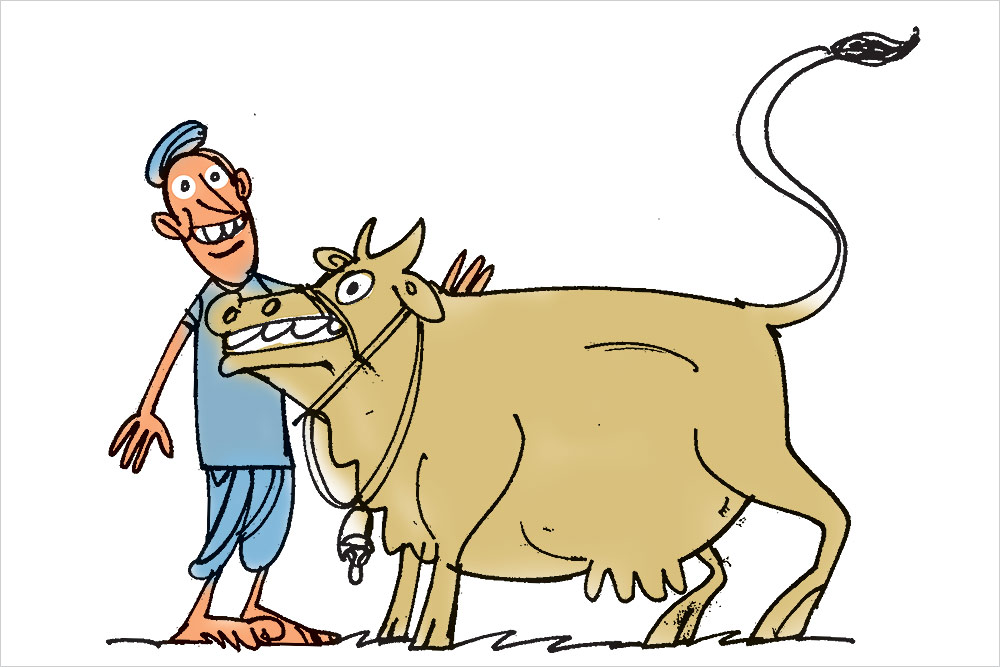 The availability of a quality bull for breeding cows is des­­irable. But it has always been hard to get hold of bulls that are of genetically super­ior variety. The answer to this problem may lie in IVF (In Vitro Fertilisation), or surrogacy. In fact, eight cows were impregnated through IVF six months ago in Rajasthan’s Gan­­ganagar district by the state’s Gopalan department to promote superior indigenous cow breeds. Meanwhile, in Indapur, near Pune, a dairy farmer has become the proud owner of the first calf born through surrogacy. These exp­­eriments in cattle breeding give us an idea of the possibilities that lie ahead in the dairy industry. Lal Singh, additional director of the department, said that “mobile labs were used to ensure the (IVF) process takes place at the doorstep of recipient cows”. 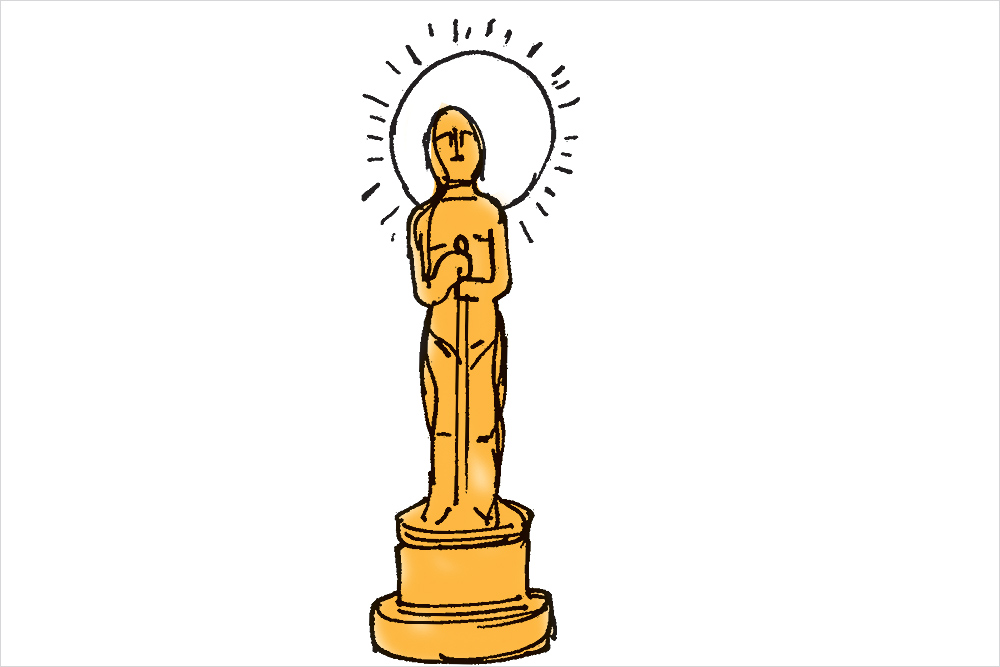 Himalayan Race To The Oscars

Nepalese cinema is trying to make its presence felt. Deepak Rauniyar’s multi award-winning Seto Surya (White Sun) which has been selected as the country’s entry in the foreign language category for next year’s Oscar awards, is making waves. The film has won many accolades, including the Interfilm Award at Venice, the Silver Screen Award for best Asian feature film at Singapore, the New Voices/New Visions Grand Jury Prize at Palm Springs, and the audience award, Don Quixote award and Ecumenical jury award at Freiburg in recent times. The movie, set in post-civil war Nepal, made its debut in Venice, before going to Toronto, Busan, Singapore, Dubai, Palm Springs, Rotterdam, Goteborg, Hong Kong, Sydney, Edinburgh and Karlovy Vary film festivals. Starring Dayahang Rai, Asha Maya Magrati and Rabindra Singh Baniya, it is a Nepal/US/Netherlands/Qatar co-production. The Academy of Motion Picture Arts and Sciences will reveal the foreign language shortlist in December. Oscar nominations will be ann­ounced on January 23 and the awards cerem­ony will take place in Los Angeles on March 4. 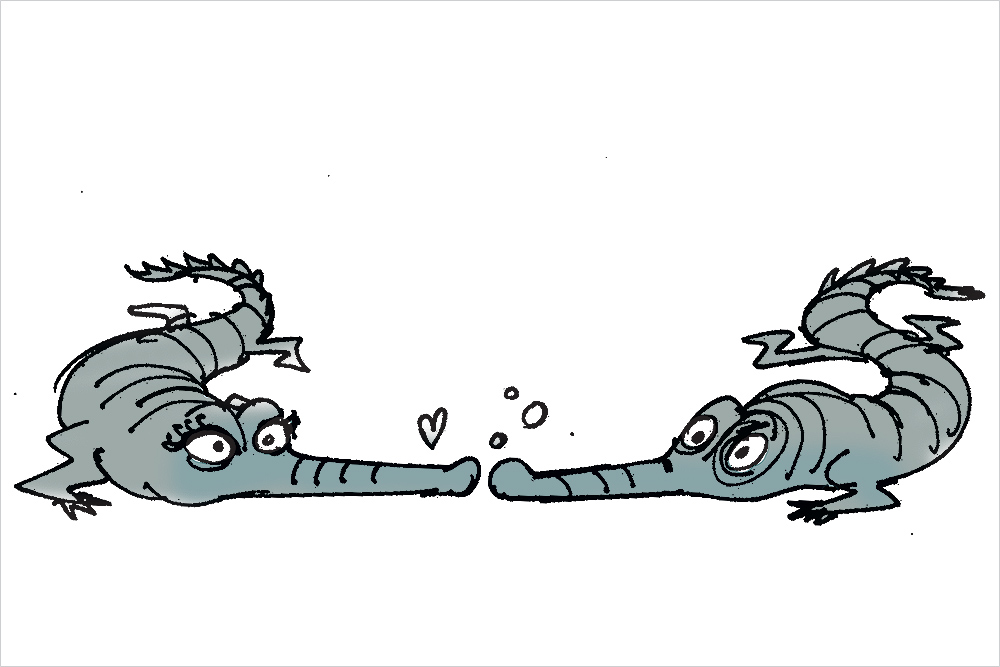 In the hope of reviving the numbers of the gharial—the long-snouted, fish-eating river crocodile that is nearly extinct in Bangladesh—conservationists have been introducing potential mates in the country’s zoos. First, a 36-year-old female gharial was brought to the Dhaka zoo. It is hoped that she will mate with an older male there and repopulate the species. Then, a 40-year-old male was sent to Rajshahi zoo, which has only female gharials. The time is ripe for intervention, as the country’s gharials are fast aging. The reptiles can only breed until 50. “We hope to get results, even though we fears these adult gharials may have lost the urge to mate,” says Sarowar Alam of the Bangladesh Gharial Project.

Even after 32 years of signing of the Assam accord, the process of detection and deportation of foreigners has not improved in the state. Under the new system introduced four years ago, only two persons have been deported after being declared ‘foreigners’ by the Foreigners Tribunal between March 2013 and May 2017. The process of pushing back foreigners has been rather difficult, with Bangladesh usually refusing to accept its citizens. It also invariably declines to verify the address of many of its citizens whenever they are found to be living illegally in Indian territory.

The Stars of a Nation

On August 15, a group of Sanskrit scholars in Ujjain were celebrating Independence Day like many others in the country, but what set their celebration apart was the observance of the exact time of the ‘birth of India’—12:30 AM. This is the time when Jawaharlal Nehru declared the birth of a new nation, and it was a time chosen by an astrologer from Madhya Pradesh, a Sanskrit scholar named Pandit Surya Narayan Vyas. In an attempt to keep cultural—albeit Sanskritic and, it could be argued, Brahminical—traditions intact,  Rajendra Prasad, the first president of the republic, asked Pt. Vyas to determine the most auspicious moment to declare India’s Independence. Donald Trump’s new Afghan policy seems to have put Pakistan in a state of shock. Remarks accompanying the US President’s Afghan policy hardly had any nice things to say about Pakistan. Worse still, while castigating Islamabad’s lack of sincerity in fighting terrorists, he asked India to play a bigger role in Afghanistan to help it in its development.

As Pakistan woke up to the US’s visibly stronger stance on the country’s role in harbouring terrorists, analysts and politicians weighed in on how Trump’s policy in the Afghan war, his invitation to India and demand that Pakistan do more, could affect the country, reported the English daily Dawn.

“How can Trump ask us to do more while inviting our num­­ber one enemy to the table,” asked media commentator Rahimullah Yusufzai. He felt that if India is more actively involved, its grip on Afghanistan will increase, creating a greater threat for Pakistan. “How, then, will we be able to cooperate with US in this war?”

Pakistani politicians seemed equally concerned at this sudden turn of events. Cricketer turned politician Imran Khan, leader of the PTI, advised that Pakistan must reject being made a scapegoat for policy failures of the US and India.

“Just as India blames Pakistan for the indigenous Kashmir uprising when these are a result of its own failed policy of military repression, the US again blames Pakistan for its deeply flawed and failed Afghan policy stretching over a decade,” said Khan.

“This should teach Pakistan once and for all a valuable lesson: never to fight others’ wars for the lure of dollars,” added the PTI leader.

What has rankled most in Pakistan is the greater role in Afghanistan assigned to India, without caring for Islamabad’s sensitivities.

In an attempt to show the degree of Pakistan’s losses, Khan claimed that in the two wars that Pakistan fought at the US’s behest, it sacrificed the lives of 70,000 of its people, while its economy suffered losses worth $100 billion. Besides there were other intangible costs to the Pakistani society.

But what seems to have bothered Pakistan commentators more than anything is the greater role assigned to India by Trump. Most pointed out how earlier US administrations were sensitive of Pakistan’s concerns and never allowed India to play a bigger role. “By assigning India a greater role in Afghanistan, the US has raised serious concern in Pakistan,” commentator Zahid Hussain observed, summing up the prevailing mood in the country.

In effect, this brings focus on the more crucial question: where are US-Pak ties heading in the coming days?