What's the home-remedy for dengue? Maharastra's attempt to bring the desi cows home. Read all the juicy stuff from the neighbourhood... 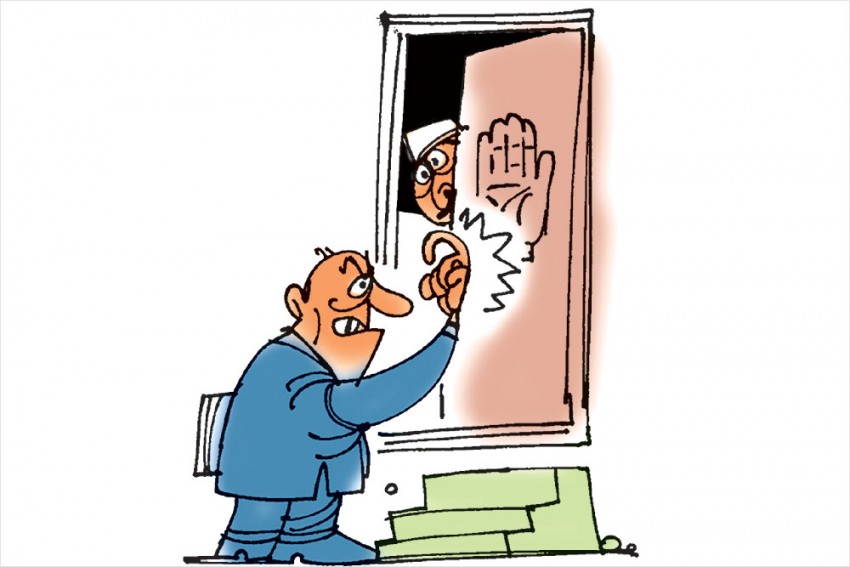 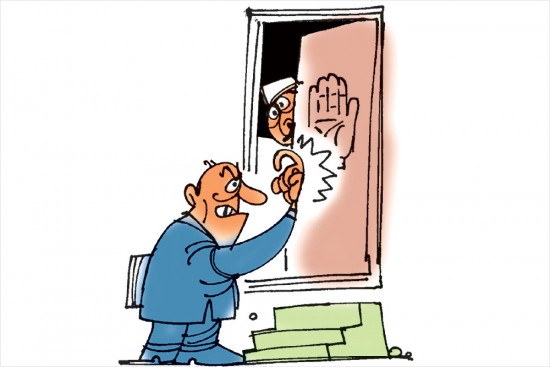 A House No More For Party

The Congress has not had the best of times in recent years. Now, a businessman in Lucknow has staked claim to its party headquarters building in UP. Manish Agarwal claims that the bungalow was bought by his grandfather Ram Swaroop Agarwal for Rs 1.75 lakh at an auction of the property held by the ministry of rehabilitation on April 24, 1961. Asserting that one room was then given over to the Congress for office work, he claims that municipal corporation documents mentioned the names of his grandfather and his cousin Purushottam Agarwal’s wife Padmawati Agarwal till 1976. But the names of the Congress party, its office-bearers and the Jawaharlal Nehru Trust were included in the 1986 mutation papers, along with his family members. The municipal corporation is now looking into the matter and has issued a notice to the Congress to furnish all property-related documents. 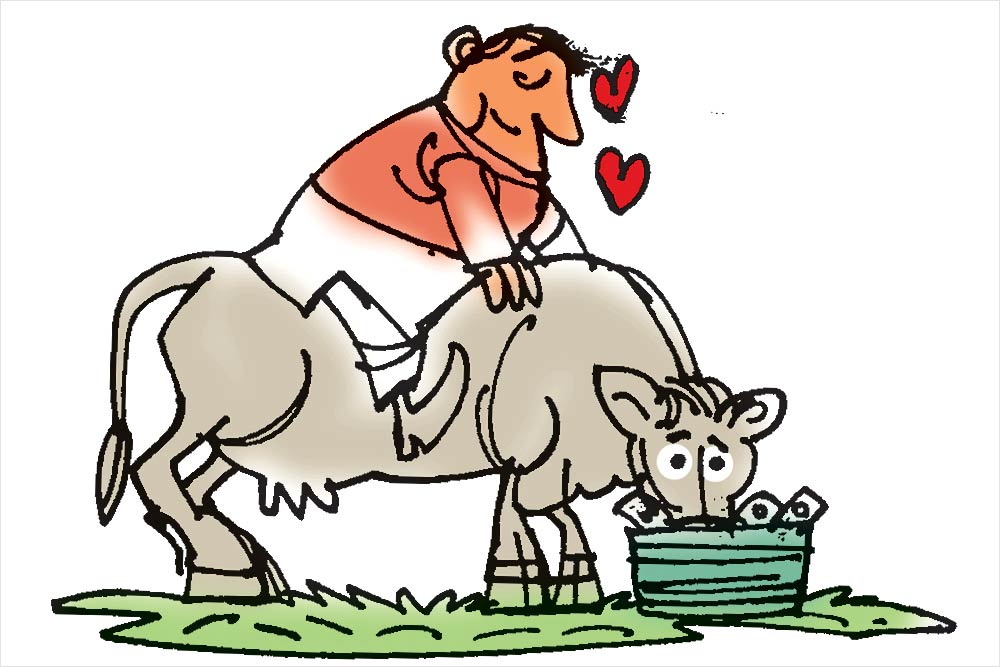 Until The Desi Cows Come Home

Maharashtra has for long been obsessed with crossbred or foreign varieties of cows, but now the state government has turned its attention to pure desi varieties. It will soon start three centres at Amravati, Pune and Palghar to conserve and increase the number of indigenous breeds of cows such as Gir, Khillari and Goulav. Besides providing the best of nutrition and healthcare, a new technique of insemination will also be used to boost the fertility of the bovines. The move is part of the cow welfare policy of the Devendra Fadnavis government, which has already banned beef and is trying to look after the old and abandoned cattle with help of the NGOs. The government will be spending Rs 15 crore for the cattle breeding project, undertaken as part of the Centre’s Rashtriya Gokul Mission scheme. 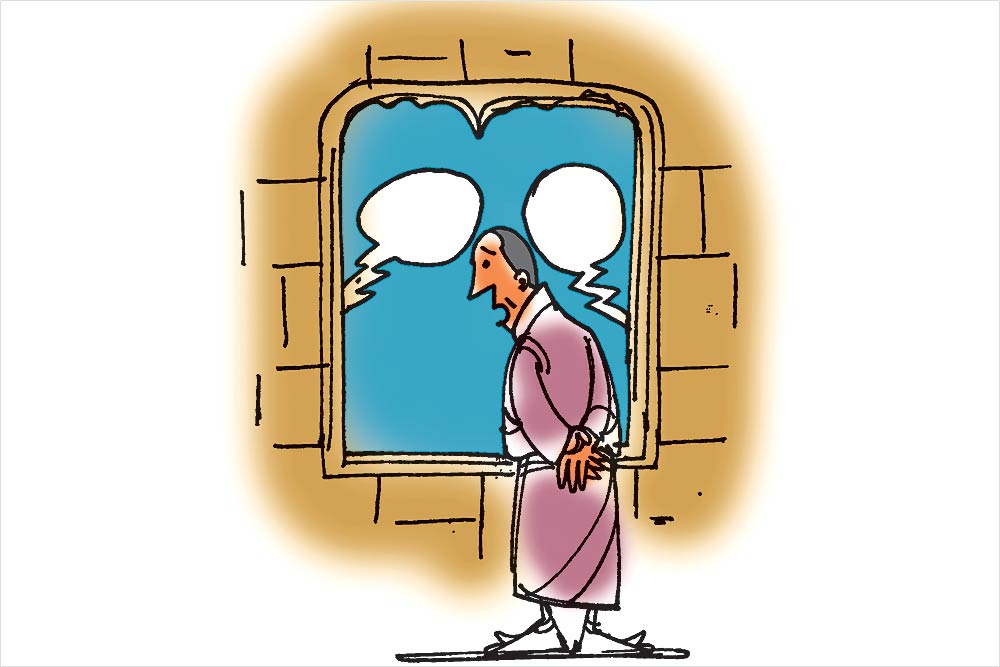 Bhutan may be placing happiness over and above everything else, but the ong­oing stand-off between its two giant neighbours is threatening to rob them of much of it. China’s move to build a road from Doko-La towards the Bhutan army camp on the Doklam plateau has caused enough tension in the tiny Himalayan kingdom. However, some Bhutanese, especially youngsters, resent being sandwiched between the nucl­ear powers and do not want their country to play second fiddle. “Is our country a place for India and China to show off their military power?” a Facebook post asked recently. Similar posts from the peace-loving Bhutanese people have inundated social media, with many stressing the need to maintain equidistance from both the ‘regional bullies’. 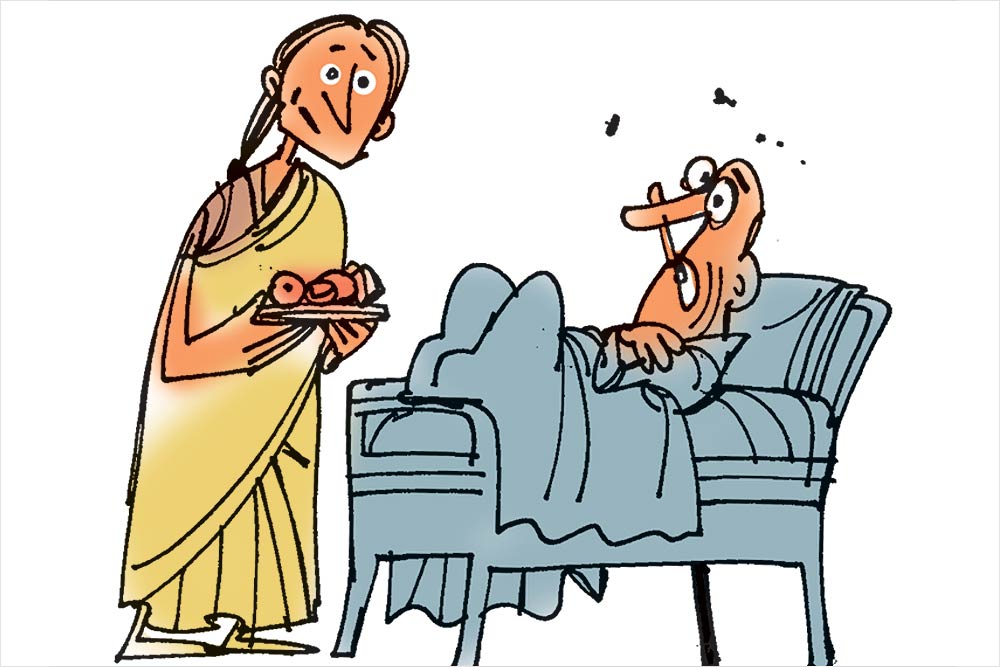 Dengue Cure With Onion And Jaggery

Dengue may be a monster scary enough to menace health officials across India, but a senior bureaucrat in Karnataka offers a simple recipe as cure. Just take onion and jiggery! According to reports, Shalini Rajneesh, principal secretary, dept of health, forwarded a Facebook post, saying onions and jag­­gery, used in south Indian cuisine, could be an effective cure for dengue. “There is nothing to lose with this easy-to-follow cure with no side effects,” she posted. Her post, however, evoked screams of protests from rationalists, who lambasted her for “propagating nothing but quackery”, at a time when the state government was struggling to contain the vector-borne disease, with hundreds of cases being reported every day. They alleged that the senior health official had a habit of posting such information. Last time, she had talked about the virtues of urine therapy, they claim. 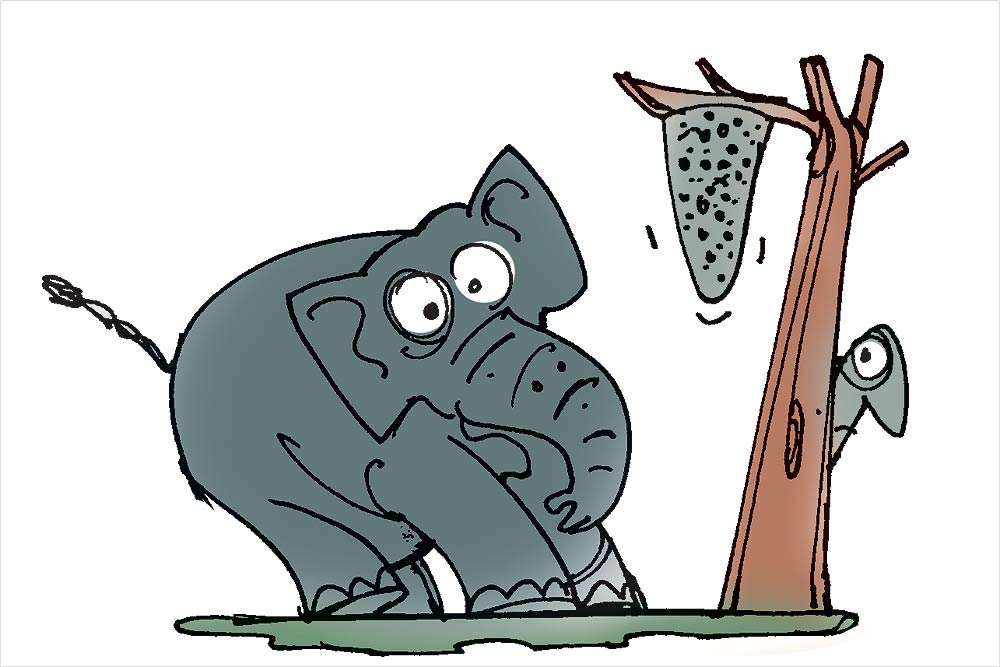 Wild tuskers have often wreaked havoc in human settlements, causing loss of lives and property. But wildlife officials in Ori­ssa’s Keonjhar district have hit upon an out-of-the-box solution. They have put up a beehive-fencing at Sargitolia village near Joda to pre-empt human-elephant conflict, inspired by foreign research which claims that elephants avoid bees as they get into their trunks. Whenever the elephants hit the fence, bees come out and buzz around them forcing them to retreat. Officials hope that the success of the project, launched on a pilot basis, will be widely emula­ted across the country.

LTTE No Longer A Terror for EU

The top court of the European Union  removed the LTTE—the dreaded Lankan militant outfit—from its terror list. It said that after its military defeat, there isn’t sufficient evidence to show the LTTE intended to continue with it terror activities. M.K. Stalin, who is the working president of the DMK in Tamil Nadu, hailed the decision. He has also asked the Sri Lankan government to look for a solution towards rehabilitating  Tamils. Stalin said that the lifting of the ban is a turning point for the Lankan Tamils’ fight for their rights.

No Balm For Neighbours

The Doklam plateau is not the only issue between India and China. The giants are also quarrelling on less concrete fronts—e.g. over preserving ‘intangible cultural heritages’. It started in March 2017, with China asking UNESCO to recognise ‘medicinal bathing’, a practice within the Sowa Rigpa system of traditional Tibetan medicine, as a Chinese cultural heritage. India filed its own bid around the same time. Experts believe the industry value for traditional Tibetan medicine could be close to $1 billion. Yet, no party consulted Tibetan authorities. Tibet is under Chinese rule and only ‘nat­­­ions’ can apply for such things. It’s another mat­­ter that Sowa Rigpa has a his­tory of being practised in China, India, Bhutan and Nepal. Sadly, claims, even loosely regional ones, are territory specific. Shouting Down The Pot

Pervez Musharraf’s hostile rivalry with Nawaz Sharif shows no sign of ebbing, even though years have passed since he banished the former prime minister to Saudi Arabia on an eight-year political exile.

A Facebook post by Musharraf, congratulating the Supreme Court in wake of Sharif’s disqualification, went horribly wrong, or at least didn’t elicit the response the former army chief expected. “Today is a historic and important day for Pakistan,” Musharraf had said in a video recording, as he summarised the apex court’s ruling.

But Musharraf’s post evoked strong response from a large section of people, who questioned Musharraf’s credibility in hailing the judiciary’s decision, since he himself flaunted such rulings with impunity. Despite pending court cases, Musharraf left the country for Dubai in March 2016, when the government was forced to lift his travel ban, allegedly following pressure from the military establishment.

Pakistanis reacted angrily when Musharraf hailed the court decision to disqualify Sharif. For he, as president, paid little heed to the courts.

Musharraf was hand-picked as Pakistani army chief by Nawaz Sharif in his second term as PM in the 1990s over several other generals. But the Kargil conflict, masterminded by Musharraf in 1999, was a clear attempt on his part to thwart Sharif’s peace plans with India. When the latter tried to throw him out, Musharraf responded by staging a military coup and sending Nawaz and his brother Shahbaz to political exile in Jeddah for eight years.

Cases were initiated against Musharraf on Sharif’s return to power as prime minister for the third time in 2013. The former dictator was accused of abuse of the Constitution and other corruption charges when he was president. But after three years, his travel ban was lifted and Musharraf left the country, ostensibly for medical treatment, with the promise to return after a few months.

Pakistanis reacted angrily on social media to Musharraf’s Facebook post and attempt to take the high moral ground after the court’s judgment against Sharif.

“Former dictator Pervez Musharraf is a big threat to the judiciary of Pakistan he is absconder he is wanted here in many cases” tweeted popular Pakistani journalist Hamid Mir, reflecting the growing mood. “The audacity of Musharraf to...talk about today’s democracy in Pakistan is shameful,” said Aseefa B. Zardari in her tweet. The angry tweets are not a sign of support for Sharif. But for most Pakistanis it is Musharraf the pot trying to call Sharif the kettle, black.