Central government banned red beacons atop civil servants vehicles, but WB has found its way out. Find out all the juicy gossip from the neighbourhood.... 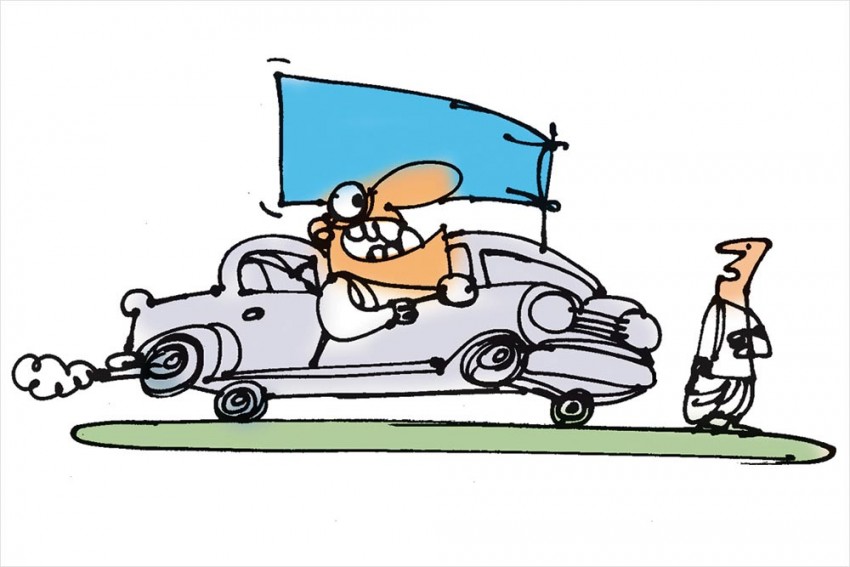 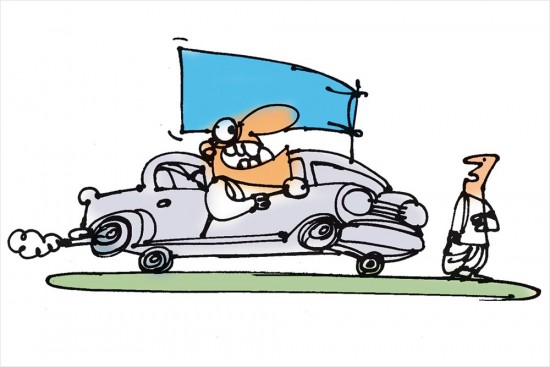 Flags Of The Leader

Use of red beacons atop vehicles, once a symbol of power, may have been red flagged by the Centre, but the West Bengal government has found an alternative way to perpetuate VIP culture. The idea is from none other than CM Mamata Banerjee, considered a grassroots leader who doesn’t care about VIP protocol. IAS officers of the state cadre can now carry certain types of flags, designed by Mamata herself in her favourite blue colour, on their vehicles so that they could be identified from afar. There will three types of official flags which will be distributed among the IAS officers in accordance with their post and seniority. The transport department, the nodal agency responsible for procurement and distribution, will soon float a tender to select a vendor who will supply these flags. 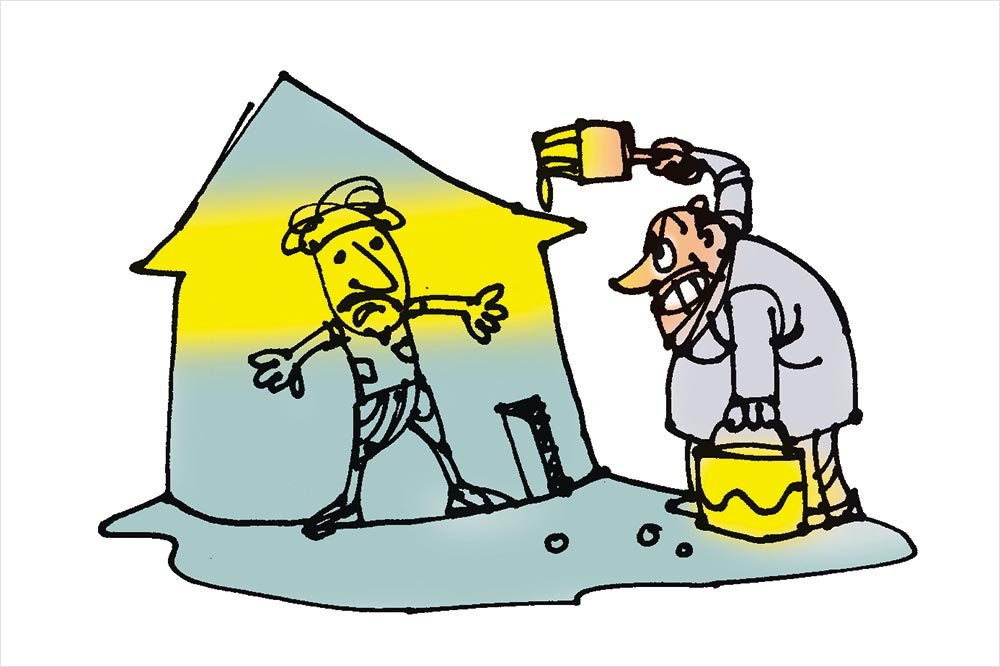 Mark yourself poor, and say it in yellow! That’s how far the policy of “targeting subsidies” to the “really needy” has been taken in Dausa district of Rajasthan. The district administration has painted the front walls of at least 50,000 BPL (below poverty line) households in yellow, with the words “I am poor and I avail government benefits”. All for just 10 kg of wheat under the National Food Security Act. The Dausa officials were taking it further than their Bhilwara counterparts, who had marked BPL houses with a yellow patch, showing names and identification numbers. Whoever refuses to comply—some have erased their names or the word ‘poor’ from their walls—is excluded from the list of beneficiaries. The practice was reportedly introduced during the previous Congress government in the state. Critics see it as a way to shame the deprived—not just blaming the poor for being poor, but also humiliating them for benefiting from welfare schemes. We call it “inclusion” with an exclusive twist! 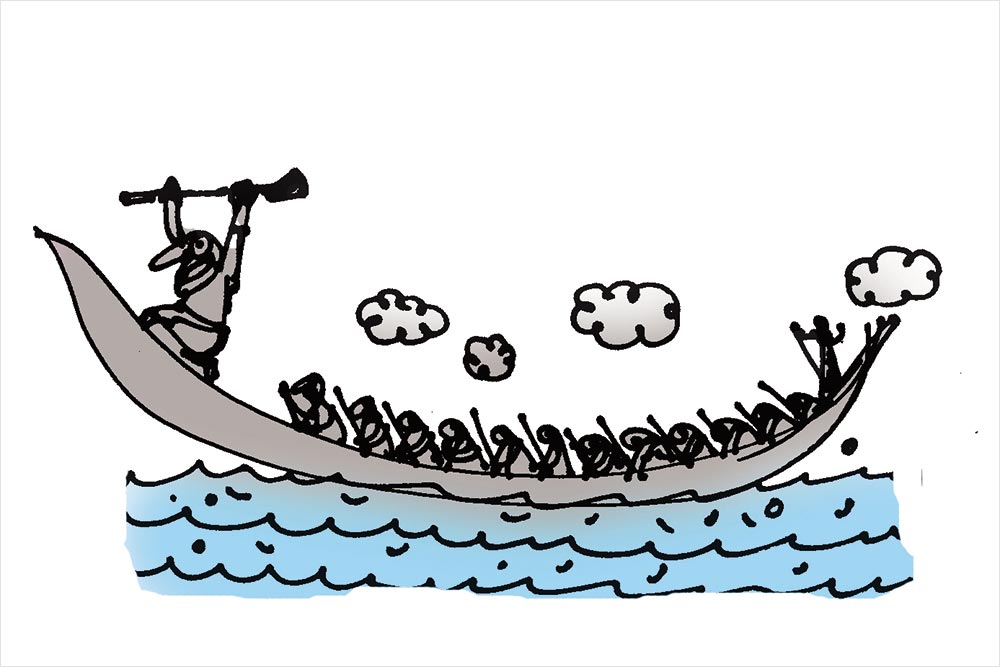 The most celebrated of Ker­ala’s post-monsoon boat races is poised to see an extended competition from this season. And in a style similar to IPL. The Onam-time Nehru Trophy Boat Race on the Punnamada backwaters will supply nine of its toppers to vie for honours at the new event, mostly sponsored by the state. A recent meeting between government officials and the racing committee dec­ided to hold the league-format festival in three venues of south-central Alappuzha and Ernakulam districts. This will guarantee nine spirited races amongst the 100-foot-long snake boats from August to October, when the final will be held. A Facebook post by Kerala finance minister Tho­­­­­mas Issac speaks of the two-­­month event’s potential to further boost tourism. It will streamline the race into one big spectacle, he says. 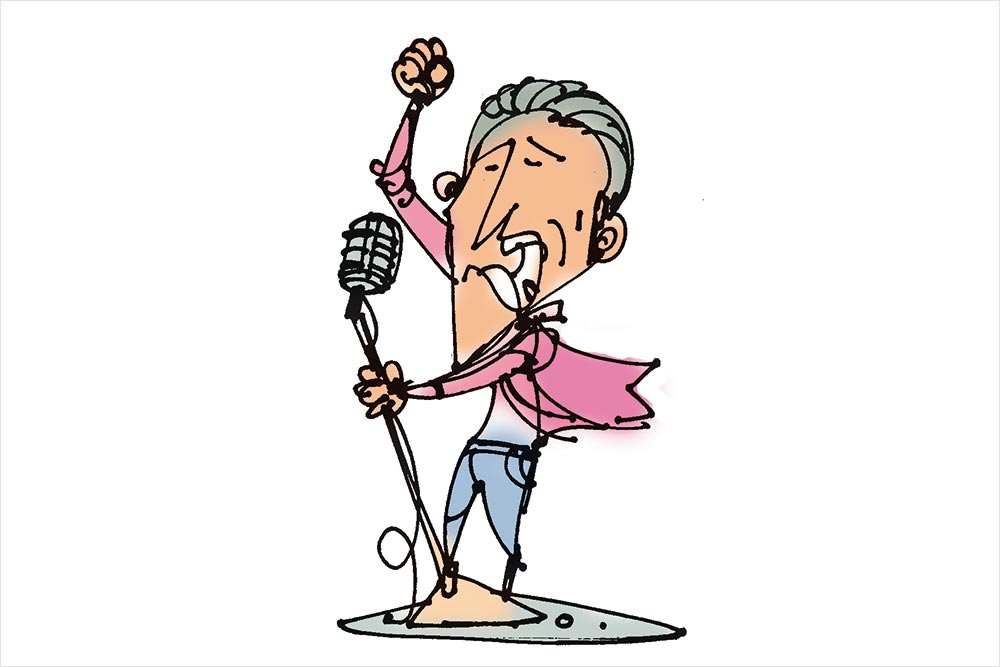 Making Music For A Cause

Reality shows in India have alm­ost always tapped into regional sentiments. Take the example of Prashant Tamang, the Calcutta police constable from Darjeeling who won the 2007 Indian Idol with the help of thousands of votes from the hills. Bimal Gurung, then a leader of the Gorkha National Liberation front, had whipped up a movement of sorts—rallies, funds, et al—to ensure Tamang’s win in the pan-Indian show. Thereafter, Tamang went on to achieve great success in the Nepali music and film industry. Cut to 2017—the Gorkhaland agitation is back with a bang, provoked by the imposition of Bengali in schools in the region. And Tamang has come out in full support of his peoples’ demand for a separate state. He even plans to “write and sing” a song for Gorkhaland. 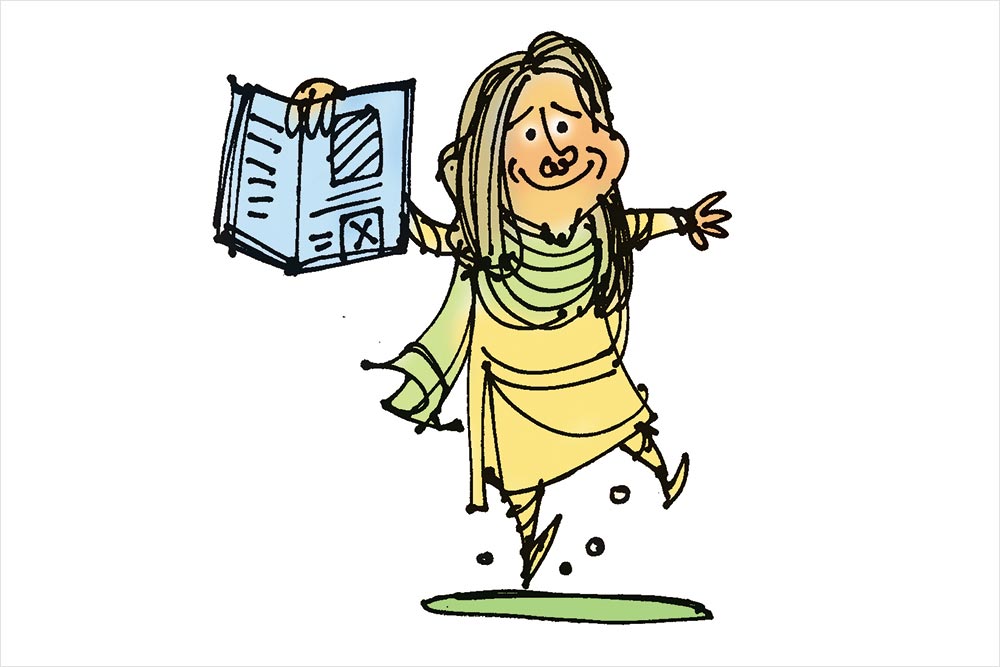 Farzana Jan is the first transgender person in Pakistan’s Khyber Pak­h­­tunkhwa region to be issued a passport. Until now, there were only male and female options in the gender category on the passp­ort but now, following a surge in demand, another option, ‘X’, has been added for people of the third sex. Jan’s community has hailed the govern­m­ent move through its official social media account. “Ano­­­ther milestone achi­e­­ved. After a long struggle, we are able to make another change … Thank you government of Pakistan, ministrty of interior and passport authorities for listening to us.”

There are no bars on the reasons to be cited for taking leave. A railway employee posted in Deepka area in the Bilaspur district of Chhattisgrah recently applied for a week’s leave so that he could eat chicken to his heart’s content. In his application, he has stated that he needs to stay at home at least for a week so that he can gorge on chicken before the commencement of Shravan, the holy month when many people keep off non-vegetarian food in different parts of the country.

In South Mumbai’s Mint Road stands an ornate 42-spouted water fountain, atop which a boy is reading a book for the past 123 years, since when it was constructed. It’s the Ruttonsee Muljee Jetha Fountain, named after the man who built it in the memory of his dead son, the one standing atop the fountain, in 1889. And for the benefit of Mumbaikars, the BMC has got it up and running after a dry spell that lasted for decades. The fountain is one of the 17 sites that the BMC is working on restoring in the area. It was designed by renowned architect F.W. Stevens and John Griffiths, then the principal of the JJ School of Arts. Architect Vikas Dilawari headed the restoration process, which began in March this year. The project was funded by the Kala Ghoda Association and cost about Rs 60 lakh. 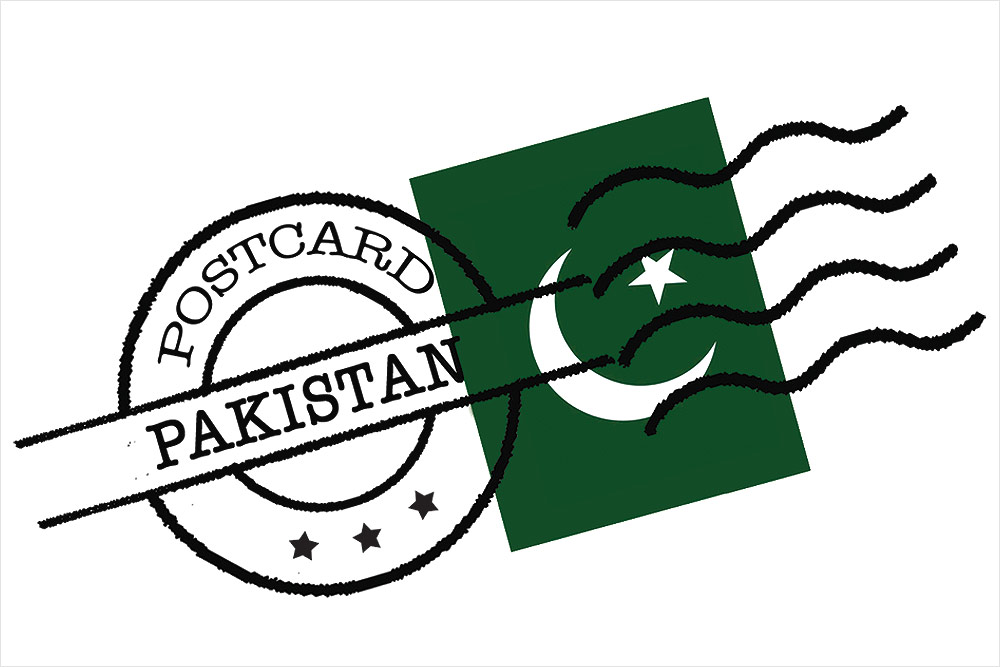 The Modi-Trump rhetoric to combat terrorists and their sponsors would perhaps only be realised in the coming days. But already, opinion makers in Pakistan are worried that the US could turn the heat on it in future, as it has stopped valuing its role in the region.

Even before the Indian Prime Minister met the American President in Washington, sections in Pakistan were worried that the country would soon be facing increased pressure from the American government for being the main source of instability in South Asia.

Much of this stems from the American decision to reassess the role of Pakistan in helping the US war effort in Afghanistan in the last 16 years.

If commentaries from across the border are anything to go by, this feeling is likely to rise in the coming days.

Pakistani fears about US pressure stem from the American decision to reassess its role in helping the US war effort in Afghanistan.

“Is it just speculation or is there some hard evidence we don’t know yet that the US is toughening its policy on Pakistan?” ask a commentator in a leading English daily. “More than exploring the option of hardening its approach towards Pakistan, the Trump administration needs to do everything possible to understand the strategic envir­onment in which Pakistan as a country operates,” he adds.

The commentator cites recent dev­­elopments where several cou­n­­tries in Asia are trying to cha­­nge the existing international order and though the US has tried to prevent them from achieving their goals, so far it has met with little success. This is bec­ause Washington has often forgotten to maintain the “balance of power” among competing nations in the region.

According to him, “there is much disorder, rather  than order, that the US, as the leader of this prevailing international system, has been able to generate. Why? Part of that answer is in the US’ misstep on intervening unsuccessfully to manage a change in the balance of power in various regions.”

He points out how the “cold war” between India and Pakistan is gradually leading to “hot ends” across the Line of Control.

Urging the US to intervene, the commentator argues that “this region does not need drones and cruise missiles, all it needs is a set of chairs and a round table with the US willing to impose its authority to push all stakeholders not to back down until conclusive results are achieved”.

But he asks, “the real question is—can there be a drama­tic break with the past? Can the US execute a policy in the region that is more revolutionary than reckless?”

Beauty Of Being Small