From Bhutan's funny road signages to unflagging rivalry wrapped in tricolour at the Indo-Pak Attari border. The spicy news from the sub-continent... 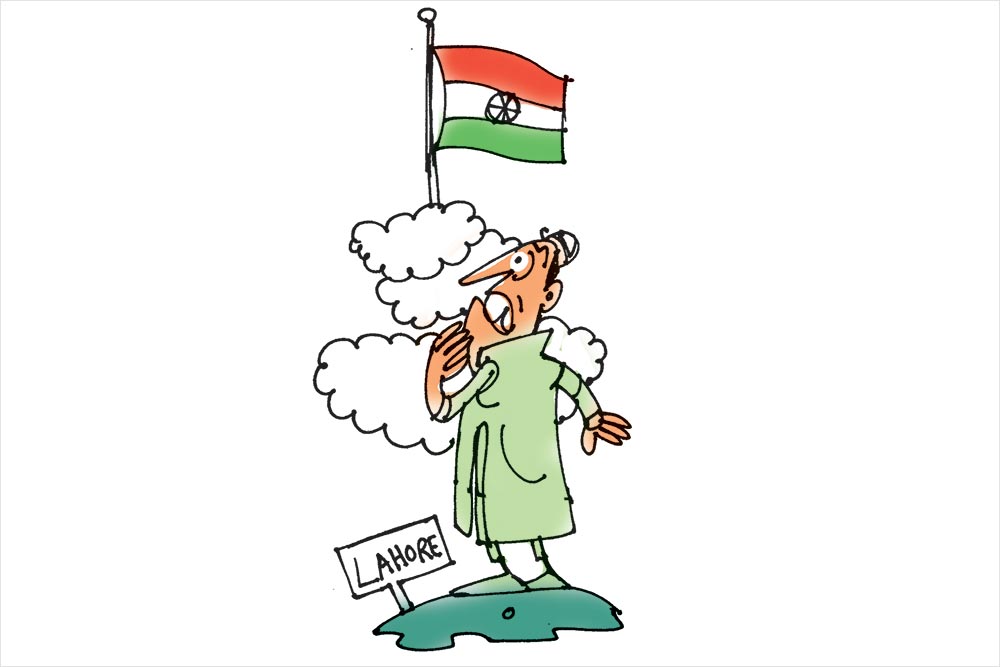 Unflagging Rivalry Along The Border

There is no dearth of issues between India and Pakistan to rattle sabres over, but both countries seem keen to look for new ones that will keep the pot boiling and allow them to be on their toes. A tall flagpole at the Attari-Wagah border that India has put up to fly the national tricolour seems to have turned into the latest bone of contention between the two sides. The 24-metre-wide flag atop the 110-metre-high flagpole, said to be India’s tallest flagpost, is clearly visible to residents in Lahore. But Pakistan, thinking that cameras have been mounted on it to spy on activities on the other side of the border, wants the flag to be removed. Predictably, India has refused to oblige the Pakistanis and stressed its right to fly the tricolour from any part of its sovereign territory. It shouldn’t come as a surprise if Pak­istan soon mounts an even taller flagpole on its side of the border to keep abreast in this game of brinkmanship, which really is borderline comic. 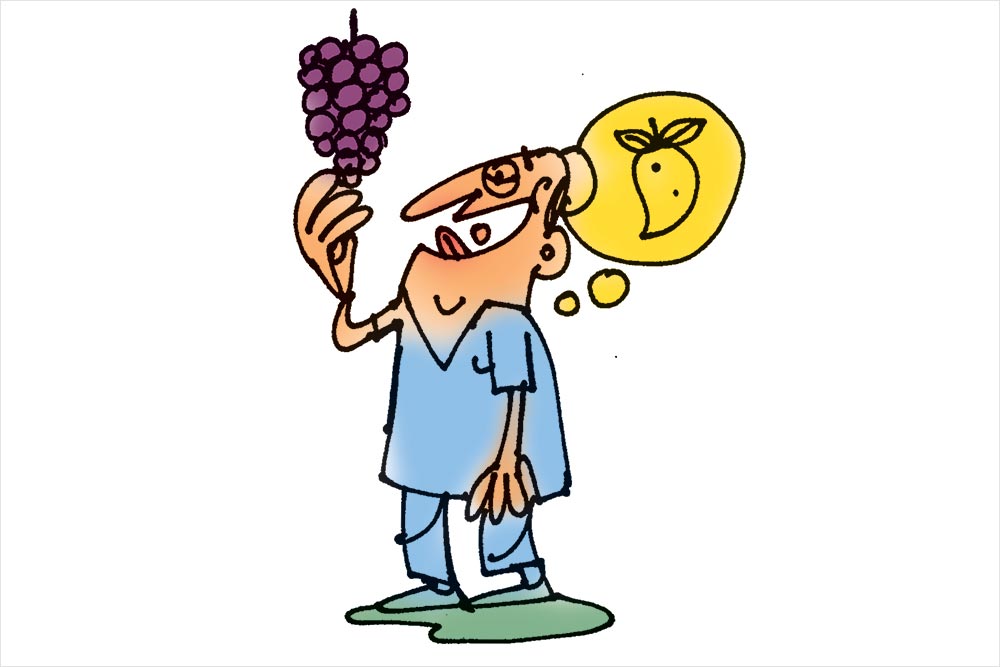 Grapango Is The Fruit Of The Season

Some people drool over mangoes; other are smitten by grapes. But there is something in the market to tickle the taste buds of the lovers of both fruits. A farmer in Nashik has developed a new variety of grape that smells and tastes like mangoes. Subhash Tidke from Ashahwadi village claims that his grapes taste just like mangoes. “When these grapes are ready to harvest, the entire vineyard smells of mangoes,” he says. Tidke had bought the stems of this variety from Pune-based National Research Centre in 2012; the first harvest came in four years. The mango-flavoured grape, called Alpho­nso Lavellee, is basically a European variety used for wine. Its sample reached the Pune centre through the agr­­­i­culture university at Kinnaur in Him­­­achal Pradesh. The hybrid fruit, which is sold by Tidke at Rs 80-100 a kg, has elicited good response from the malls in Mumbai, Pune and Ahmedabad. Its demand is growing by the day. 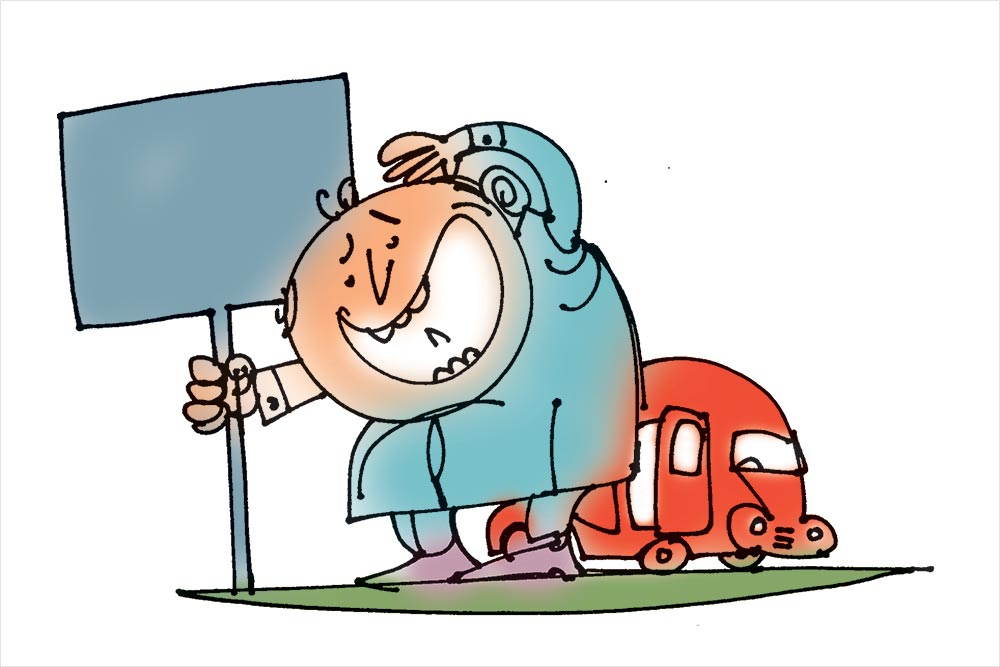 Humour Through A Tortuous Road

Signboards are invariably hilarious along hilly roads but the ones in Bhutan take the cake. “Be Mr Last than Late Mr” reads one. “If you are married, divorce speed,” warns ano­ther. Other signboards, like “Be gentle on my curves” and “Faster will see disaster”, written in English and Dzhon­gka, Bhutan’s official language, strive for the gross dom­­estic happiness of its people for its all-round growth, instead of petty eco­­n­­omic parameters. These signages, intended to keep drivers alert through their journey through the Him­alayan kingdom, are part of a project called Dantak—an initiative of the Border Roads Organisation of the Indian government, which has helped Bhutan on its steady path towards modernisation through infrastrucure and development schemes for nearly five decades. 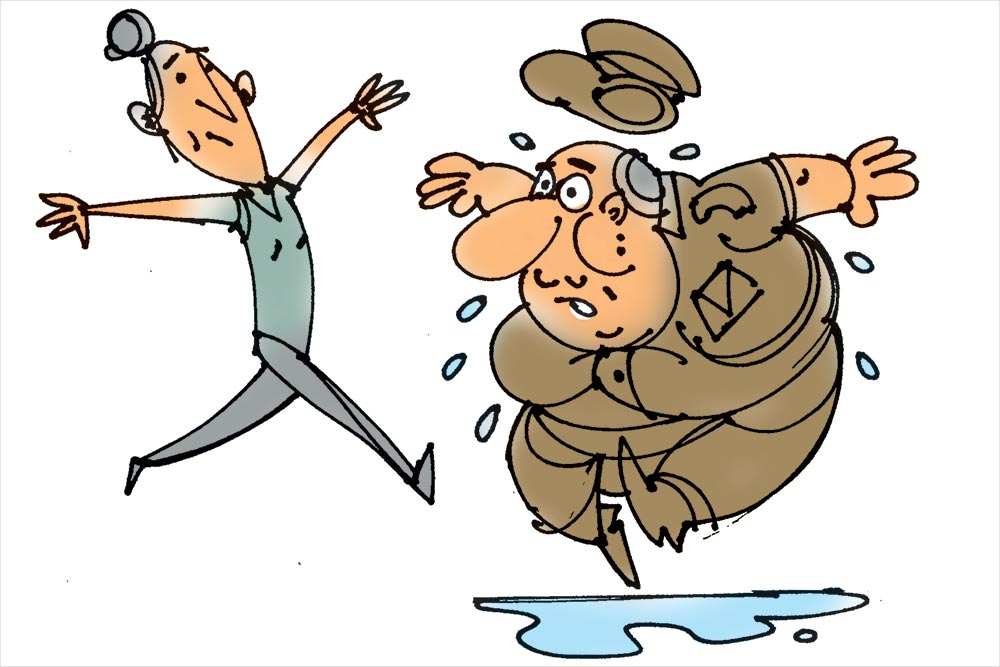 Writer Shobhaa De’s tweet, casting aspersion on Mumbai police’s overweight constabulary, appears to have galvanised them into action. It has joined hands with celebrity nutritionist Rujuta Diwekar to bring its personnel back into shape. Diwekar has been helping them reduce their weight and deal with other health issues, such as acidity and insomnia, by offering them tips on food, exercise and rest. A booklet consisting of her tips is also being distributed among the policemen to make them aware of the need to remain fit. Though the cops are generally sceptical about its efficacy, given how the understaffed Mumbai pol­ice fun­­ctions, they have to thank De. The writer had uploaded a photo of an obese police inspector, Daulatram Jogawat, with the caption “heavy bandobast” to poke fun at Mumbai’s cops. Though the man in the picture turned out to be from Madhya Pradesh, her tweet prompted Mumbai police to look into the issue. 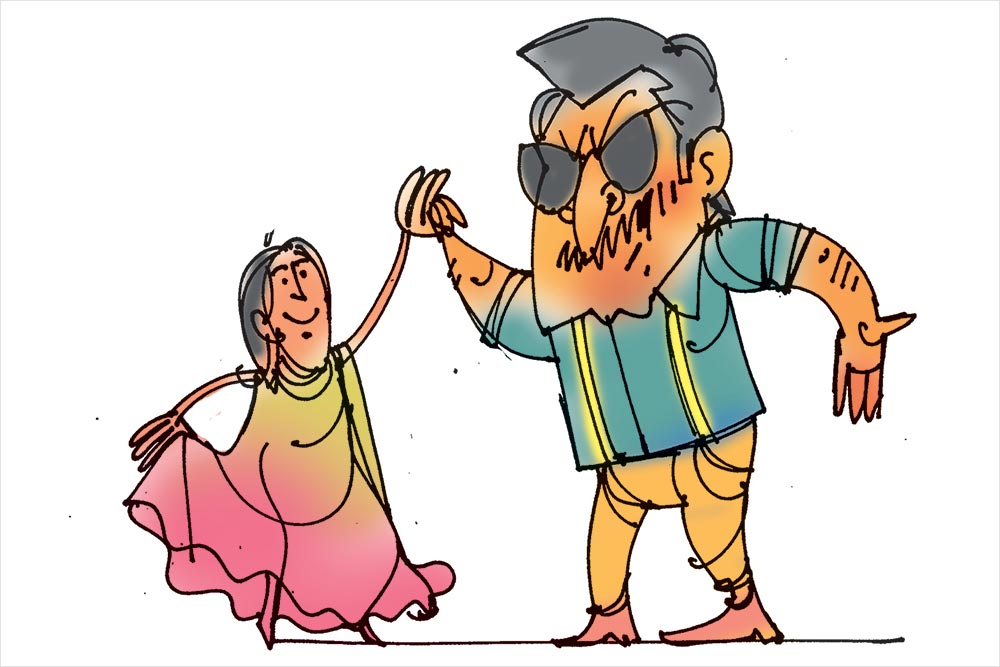 A Leading Lady With A Difference

Malayalam cinema icon Mammootty may have worked with sco­­res of leading ladies, but this one is different. Anjali Amir, who is starring opposite him in a Tamil-­Malayalam bilingual, Peranbu, became a woman after undergoing a sex reassignment surgery two years ago. Anjali, said to be the first transsexual to act with such a big star, has Mammootty to thank. The 65-year-old actor recommended Anjali’s name after seeing her in a TV show. Ironically, the offer came shortly after she had been dropped from a serial for her orientation. Anjali, who plays a Malayali girl, feels it was a blessing in disguise. “Had I done that serial I would not have got this opportunity to act in a film, that too opposite Mammootty,” she says.

A Grassroots Bridge Not Too Far

One does not always need uber-cool gadgets to make life easier. The living root bridges created by the Khasi and Jaintia communities in Meghalaya, connecting rem­ote villages, is an example. They are built by connecting local rubber tree (Ficus elastica) roots over betel-nut tree trunks, till they fuse together as bridges over gushing streams. They were lauded at the National Bie­n­­nial Award for grassroots innovators and traditional knowledge holders, organised by the National Innovation Foundation-India.

What The Police Sorely Need

Nanna Zerlang, a ret­­ired policewo­man from Denmark, is using her 30 years of experience to train police personnel in Sri Lanka. As part of the International Committee of the Red Cross programme, Zerlang has been training Lankan cops on interna­tional standards of pol­­icing and is the only woman in this role for the ICRC. She calls for an adequate representation of women in the police and says their presence is grossly disproportional to their population globally. “Pol­­ice represent the population and over 50 per cent of the world’s population are women. So we need more women in the police,” she says. 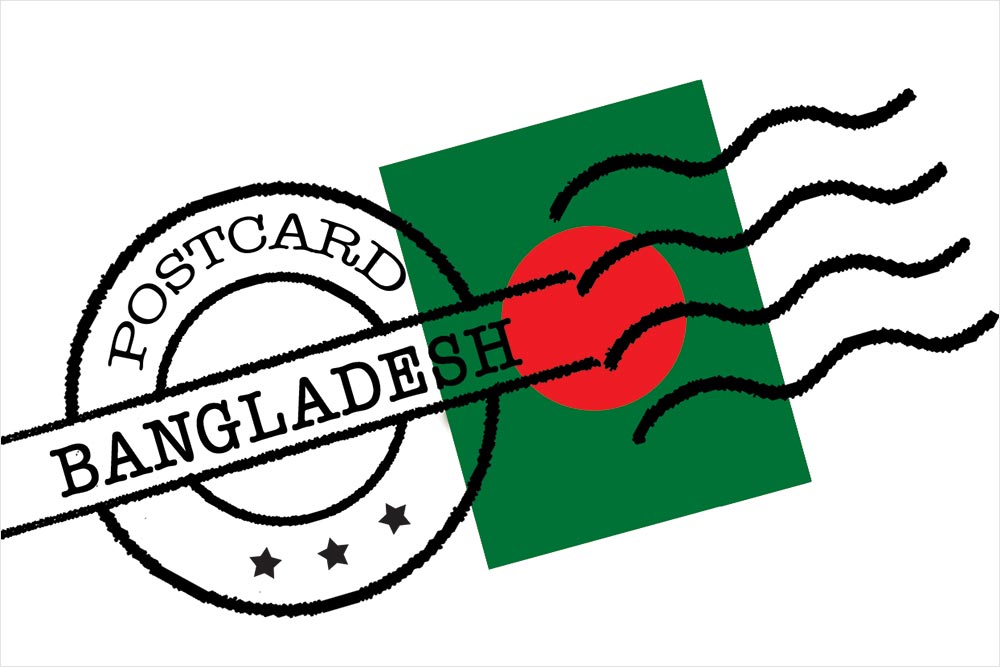 The “cold war” between Bangladesh premier Sheikh Has­ina and Nobel Laureate economist Muhammed Yunus is still on. As founder of the Grameen Bank, Yunus received international renown for introducing microcredit to alleviate poverty in his country.

But the country’s prime minister begs to differ. Hasina recently pulled up her finance minister, A.M.A. Muhith, for praising the role of microcredit and Yunus in eradicating poverty in Bangladesh. “If poverty was reduced due to him (Dr Yunus), then why was the poverty rate 60 per cent (then) and 22 per cent now?” she asked.

The Daily Star reported that while addressing the women’s wing of the ruling Awami League, Hasina claimed that poverty was reduced because of her policies.  “I would like to request the honourable finance minister to look at the statistics during which period poverty had reduced. This, of course, happened during the tenure of the Awami League government. Poverty rates came down due to steps taken by the Awami League government in which the finance minister was involved,” she said.

Hasina and Yunus fell out when the military proposed his name as a caretaker president. Yunus, too, was not averse to it.

The history of Hasina and Yunus’s estrangem­ent goes back over a decade.  Some Awami Lea­gue supporters always believed that Hasina, “a relentless fighter of Islamic fundamentalist forces who had managed to keep Bangladesh together”, should have won the Nobel Prize, and not Yunus. Whether the Bangladeshi PM also believes in this is a matter of debate. But relations between the two soured further when the celebrated economist‘s name was floated by the military generals of Bangladesh to head a caretaker government some years back. Since Yunus was not averse to the idea, Hasina saw this as her detractors’ attempt to scuttle her chances of attaining power.

Subsequently, when she came to power, Hasina even criticised Yunus when US Secretary of State Hillary Clinton came to Dhaka, ignoring the fact that Yunus was a per­sonal friend of the Clintons and her disparaging remarks against him led to a long-lasting and strained relation between her and Hillary.

But even after so many years, there has been no dilution in her attitude towards Yunus. The hard-earned money of rural women was used in repaying debts to microcredit organisations with high interest rates, observed Hasina. “They live from hand to mouth, but cannot come out of poverty and those who do microcredit business don’t want poor people to get out of poverty as it would stop their business,” she commented on Yunus’s life’s work.