The Sub-Plot In Mani Ratnam’s Saga 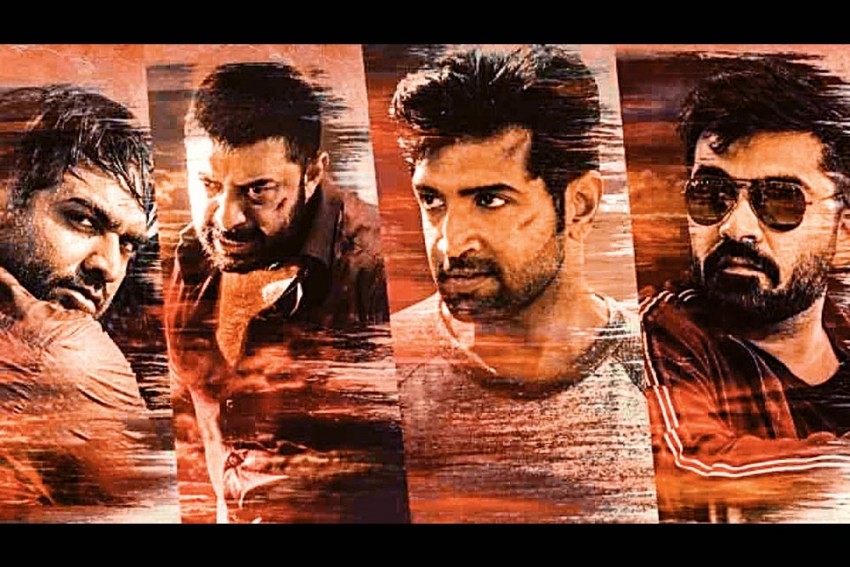 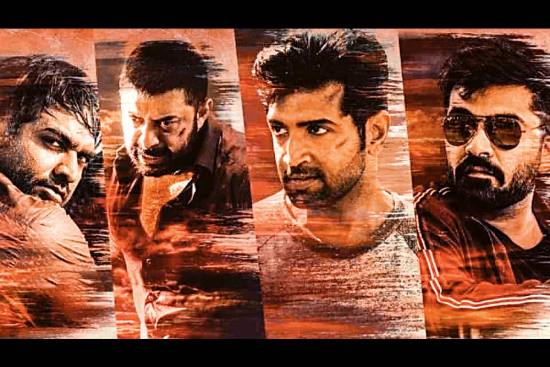 When in doubt speed-dial the gangsters. Even if you happen to be 25 films old, acknowledged as one of the top film makers of the country and credited with an array of sensible and sensitive films. Yet, when saddled with a series of failures, the temptation to fall back on the tried and tested formula of gang war becomes hard to resist.

So, Mani Ratnam (62) has attempted to rediscover his directorial touch by portraying a succession war in a don’s family in his latest Tamil film Chekka Chivantha Vaanam (Crimson Red Sky). It also goes well with the prolonged political succession battle in the state during the last one year. The film has had a solid opening and theatres have repo­rted full houses over the first weekend, bringing a much-needed commercial hit for Mani Ratnam in more than eight years. 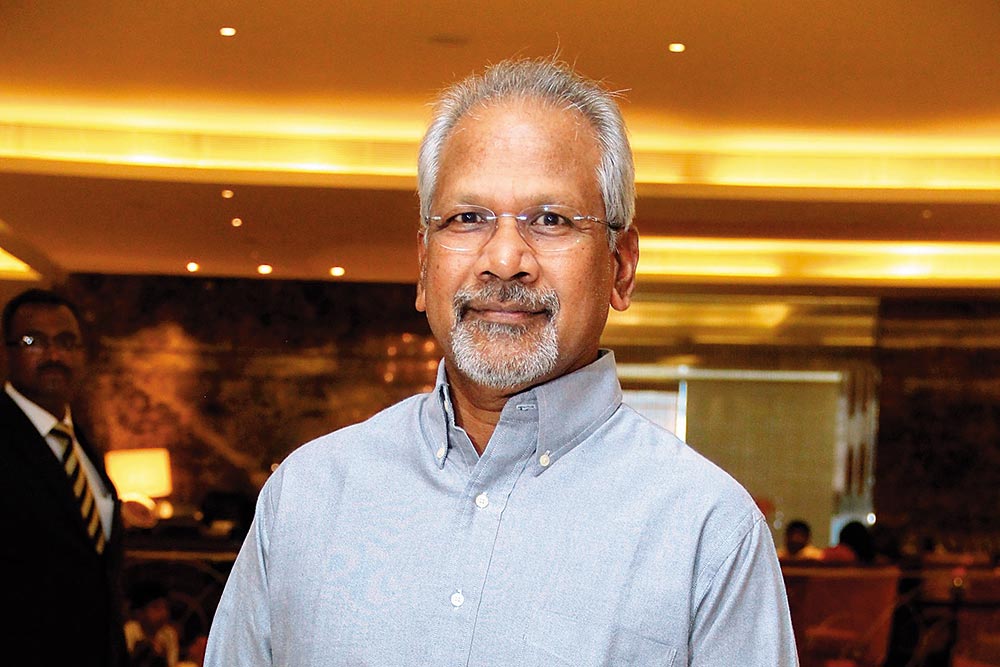 Mani badly needed this film after two of his last three films tanked and one just broke even. It had left many of his fans wondering if his formulaic packaging was getting outdated as Tamil cinema had been taken over by a new breed of youngsters willing to experiment with new storylines and taut direction. The likes of Karthik Subbaraj (Pizza, Jigarthanda), Mani­kandan (Kaakka Muttai, Aanda­van Kattalai), Pa. Ranjit (Madras, Atta­katthi), Raju Murugan (Joker), Karthick Naren (Dhuruvangal Pathi­naaru) and Arun Prabhu (Aruvi) had bewitched audiences with realistic narration and pithy dialogues and believable characters enacted brilliantly by young actors. Their movies also brought in the moolah for the producers. 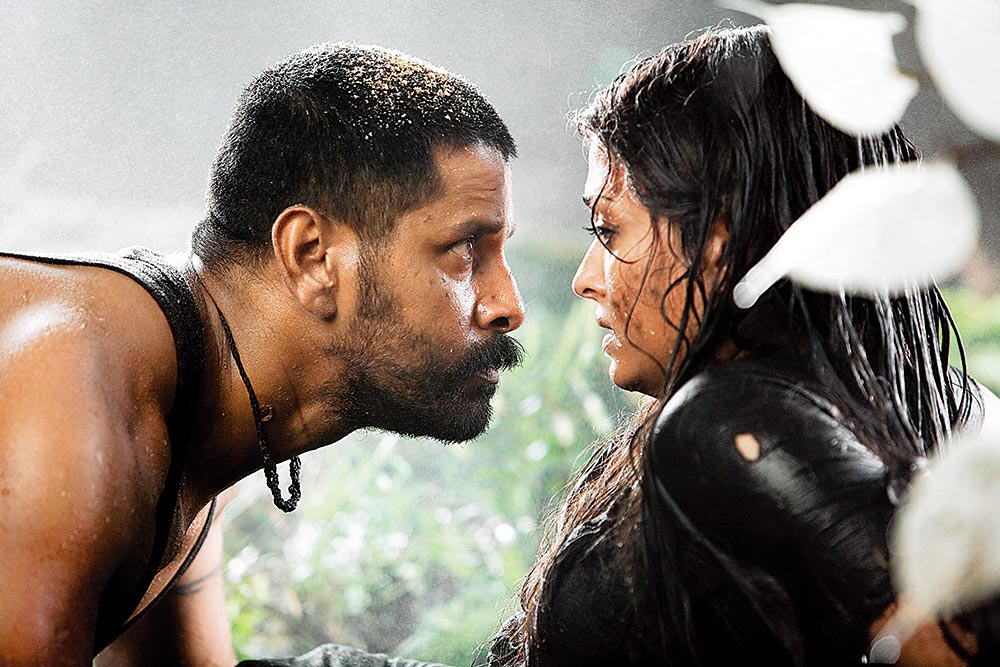 Starring Vikram and Aishwarya Rai, it was made in Hindi as Raavan.

“Ratnam is trying to rediscover his touch with his l­atest movie Chekka Chivantha Vaanam.

Faced with fresh competition, Mani Ratnam needed new content to package but he was unwilling to let go of his regular recipe. “Mani sir was a master of packaging. Brilliant locales, great music and breathtaking cinematography backed a credible story with apt casting. The slide started from Raavanan (Raavan in Hindi) as the film lacked authenticity and had a tired look about it with the same set pieces from his earlier movies. Even actor Vikram’s versatility could not rescue it. His attem­p­t to portray the good versus evil in Kadal (Sea) proved a disaster as the audience could barely grasp the dialogues spoken in colloquial south Tamil Nadu dialect. But for the breath of fresh air the Malayalam pair of Dulquer Salman and Nithya Menon injected into his next venture OK Kanmani, it would have been just another passable love story,” says an assistant director.

The Mani magic then totally unravelled in his next venture Kaatru Veliyadai (In the Air). The love story between an air force pilot and a doctor turned out to be a cinematic disaster. The hero Karthi had just one plastic look throughout the film compared to a radiant and expressive Aditi Rao Hydari and barring these two the rest of the characters were just moving cardboard cut-outs, adding very little to the plot. Even Rahman’s music and Ravi Varman’s cinematography failed to save the film. Comparisons were naturally drawn to Arjun Reddy (Telugu) which was released around the same time and was also about a chauvinistic and dominating hero, played admirably by Vijay Devarakonda and directed by debutant Sandeep Vanga. While Arjun Reddy, fleshed with solid characters, proved to be a runaway hit, Mani’s love story sank without a trace. The lack of chemistry between the lead pair, their unconvincing patch-ups and the laughable escape of the hero from a Pakistan prison threw up an ordinary product that had even hardcore Mani Ratnam fans cringing. 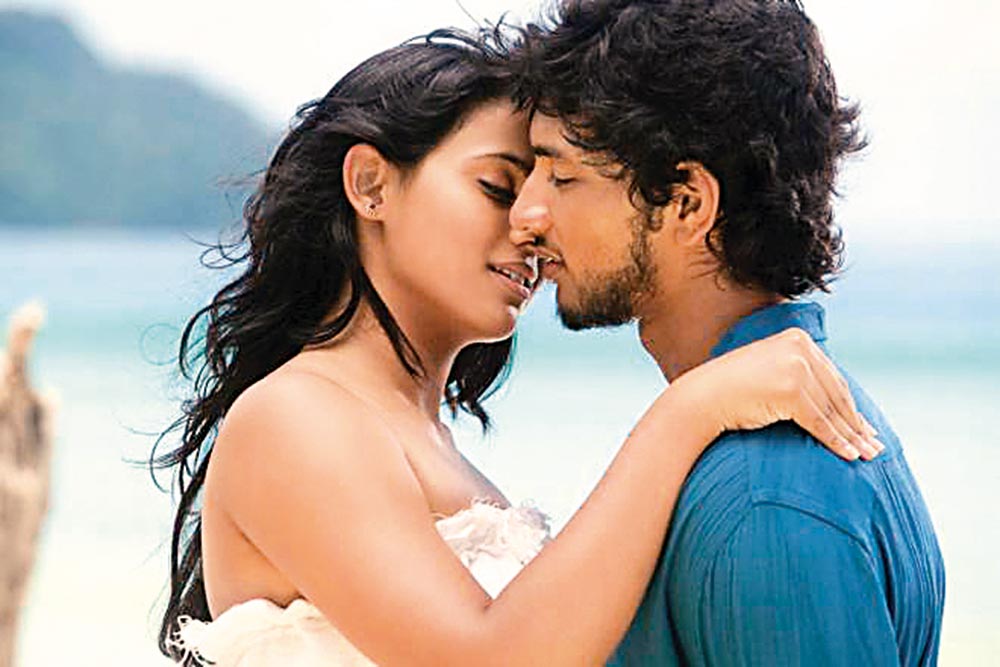 Under pressure to show a hit, the veteran deci­ded to do Chekka Chivantha Vaanam as a multi-starrer, his first since Yuva (Ayutha Ezhuthu in Tamil) in 2004. Other than his regulars like Arvind Swamy and Prakash Raj he roped in three other heroes—Vijay Sethupathy, STR aka Simbu and Arun Vijay. “Mani Ratnam understands the importance of star-driven Tamil commercial mass films. So he roped in saleable actors with whom he has not worked with but who have their own fan following,” points out trade analyst Sreedhar Pillai.

The advantage of doing a multi-starrer is that the devoted fans of the respective heroes would flock to the theatres. For example, STR, in spite of no worthy hit in nearly a decade, still commands a committed fan following. Vijay Sethupathy, on the other hand, has emerged as the hero for all seasons, anchoring commercial and experimental films while producing socially relevant small-budget films by young directors. His nonchalance and easy screen presence add that extra zing bringing in eager movie-goers. 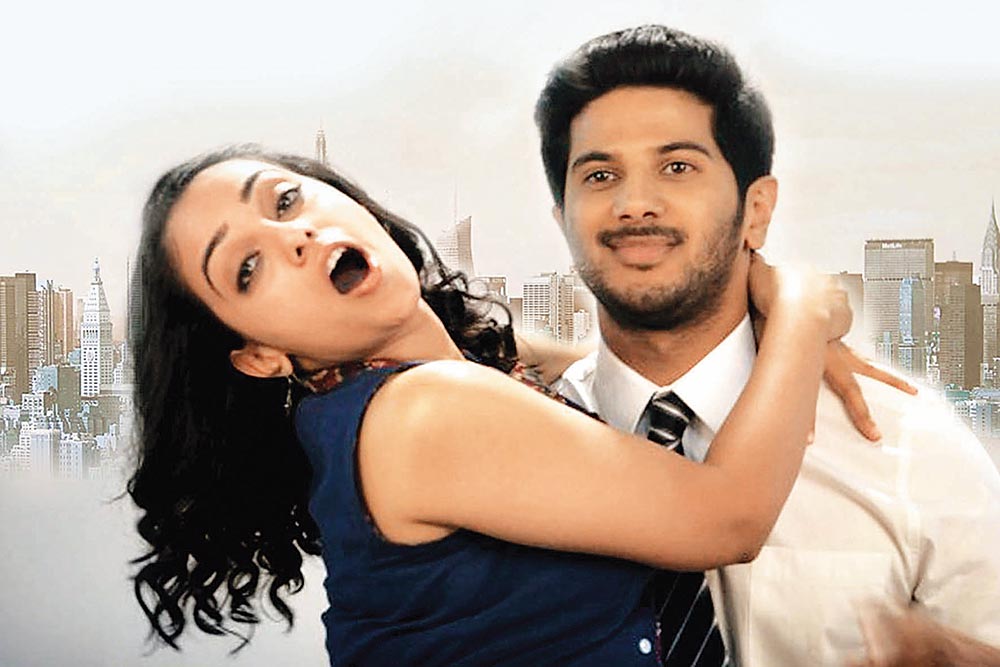 CCV is a brave attempt to rekindle the director’s magical touch that he had displayed in two other gangster movies in the past—Nayakan and Thalapathi. Unfortunately for Mani, CCV falls short of those classics. While Nayakan had Kamal Haasan’s brilliance and Thalapathi the charisma of Rajinikanth and Mammooty, CCV’s many stars fail to bring anything special to the plot. They mouth punchy one-liners and march muscularly waving pistols. For example, all it takes is one short speech on the greatness of Dubai by Arun Vijay to wean away his brother’s henchmen. In another era, Vijayakanth had done it on numerous occasions.

“Baradwaj Rangan, who has written a book on Mani Ratnam’s film journey, also feels that CCV failed to tick many boxes.

While Nayakan beautifully assembled don Velu Nayakar’s gradual rise and the price he pays with the lives of his wife and son, CVV is bereft of any such emotive pull. First there are no details of the activities of the don or any of his sons to justify a succession war especially when two of the three sons have their own thriving business interests abroad. The internecine killings are too abrupt to evoke any consternation or angst. “Since everyone is out to kill someone else, the audience is resigned to fact that they are all going to die anyway and why should we care,” says film critic Maran. He also points out that CCV was a takeoff on the Korean film New World. 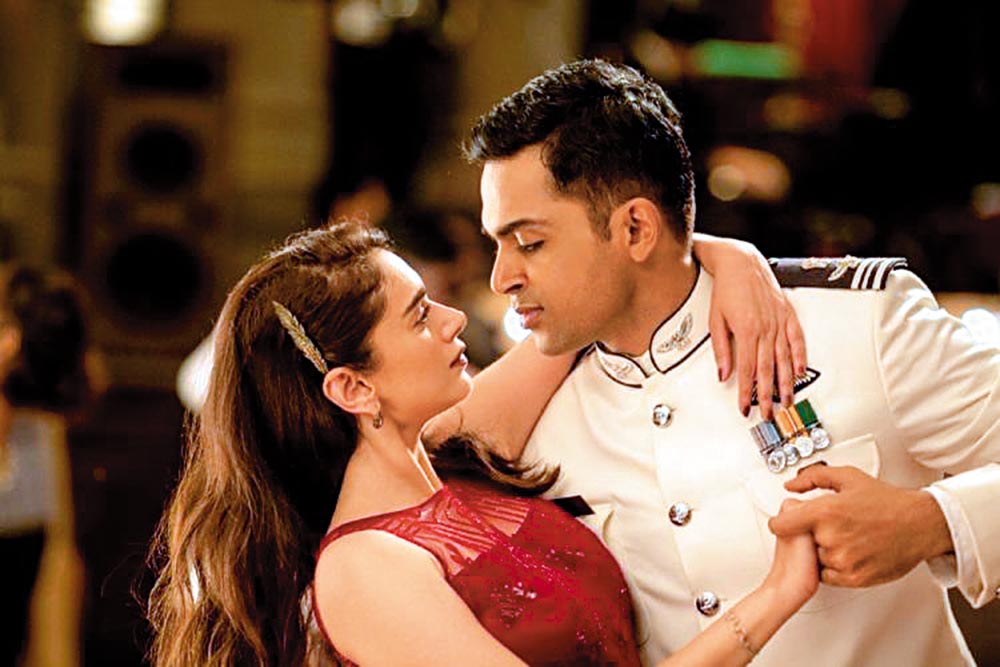 The 1999 Kargil War formed the backdrop of the Kaarthi starrer.

Baradwaj Rangan, who has written a book on Mani Ratnam’s film journey, also feels that CCV failed to tick many boxes. “The scenes are ultr­a-short, and even potentially longer scenes are cross-cut, to give the impression of momentum. These fragmented bits and pieces are sometimes entertaining on their own, but they don’t cohere into a satisfying big picture. There’s no connective tissue, no distinctive moments of characterisation,” he says.

Film historian and producer G. Dhananjayan says that as long as fans are happy, they are unlikely to question the absurdity of it all. “The one advantage of a multi-starrer is the audience will ask fewer questions about the story as they are engrossed with the performance of one hero or the other. CCV manages this as the audience has little time to ponder over the many unanswered questions as the stars occupy the frame. Even though the story-telling is one dimensional the audience seem to love the adrenalin pumping action scenes. And theatres are happy that Mani Ratnam has given them a hit after a long gap,” Dhananjayan says.

The box office success of CVV, however, should not convince Mani Ratnam that the road to success is only through action-oriented commercial cinema. It would reduce to nought whatever he has achieved so far as a film maker par excellence.