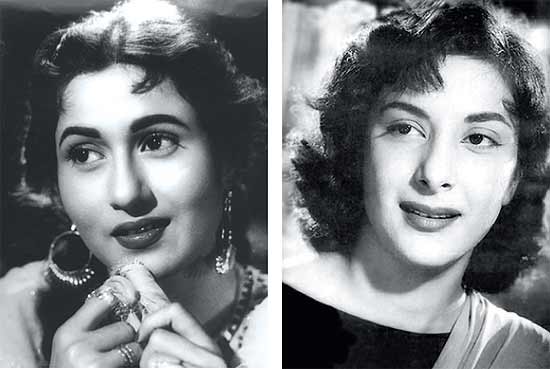 Amitabh Bachchan and I have one thing in common: we both dislike the word ‘Bollywood’. Not only does it make the Bombay film industry seem like an imitation Hollywood, ‘Bolly’ suggests folly. And come to think of it, if the Shiv Sena had renamed Bombay a little earlier, we would be calling our films ‘Mollywood’, suggesting a gangster’s moll. Either way, it’s a derogatory word to use for cinema which is unique in its own way, and is no derivative of American films.

That said, Bhaichand Patel’s anthology is an extremely readable attempt to capture the spirit and evolution of our Hindi films through essays on twenty of its superstars, from Devika Rani to Kareena Kapoor. As an anthologist, I know from personal experience that restricting one’s cast to a fixed number entails much hand-wringing: Who to include? And, worse, who to leave out? Some stars are so dominant that you just have to have them: the triumvirate of Dilip Kumar, Raj Kapoor and Dev Anand (always in that order) has to be in. So do Amitabh Bachchan, Rajesh Khanna, Ashok Kumar, K.L. Saigal amongst men and Meena Kumari, Waheeda Rehman, Madhubala, Nargis and Madhuri Dixit amongst women. From today’s stars, Shahrukh Khan and Aamir Khan are automatic choices, while amongst women, Kareena Kapoor comes in because of her popularity.

One particular omission, and one particular inclusion, surprises you: how can any anthology of this kind not include Nutan? She was unarguably one of our finest actresses; many of the films she acted in (like Bimal Roy’s) are our cinema’s very best. If Patel agonised over her exclusion, as he has said in his ‘Introduction’, he needn’t have: all he had to do was drop Kajol. Charming and endearing though she is, she has no place in this company. Another point: the exclusion of Naseeruddin Shah, Om Puri, Shabana Azmi and Smita Patil shows that Patel must have decided that New Indian Cinema was not part of Bollywood. Surely it was, a small but important offshoot of the mainstream.

But these are quibbles. The best thing about the book is that its writers actually like Hindi cinema, and bring to their essays a warm affection that allows them to wear their knowledge lightly. I particularly liked Cary Rajinder Sawhney’s chapter on Devika Rani, Pawan K. Varma’s Meena Kumari, Nasreen Munni Kabir’s Shammi Kapoor and Jerry Pinto’s Waheeda Rehman. The piece on Devika Rani reminds us how forward-looking our earlier film legends like Himanshu Rai were: they went to Europe to get equipment and experts; their studio complexes were virtual townships, housing everyone from stars to light boys; they planned for the future by taking in young talent and nurturing future technicians, script-writers and actors. Today’s Bombay cinema is only beginning to take baby steps in the same direction.

Bollywood Top 20 is well worth its cover price, but the publishers have thrown in a bonus: a wonderful CD containing some of the best songs of the ‘Top 20’ superstars. You can spend some rather nice evenings reading Bollywood Top 20, while the songs play in the background.