By standing up to a bunch of blustering detractors and hitting back, Manmohan has shown he can get aggressive if need be 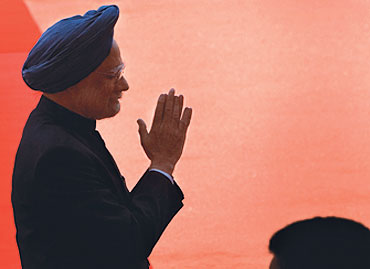