The State As Strangler 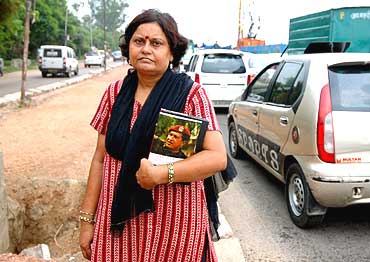 outlookindia.com
-0001-11-30T00:00:00+0553
Was Bhagat Singh a terrorist, patriot, a bomber or a revolutionary? Ever since her arrest on October 16, 2006, Sunita Narayan, a book publisher working from the national capital region of Delhi, has been grappling with that question. Sunita was on an annual visit to the Chandrapur district of eastern Maharashtra, where her company, Daanish Books, takes a truckload of books for sale during a fair held there in honour of Dr Babasaheb Ambedkar to commemorate the day he embraced Buddhism.

Within hours of setting up her stall, lined with the works of Karl Marx, V.I. Lenin, a study of the life of Bhagat Singh, and Bhagat Singh's own works translated into Marathi, policemen started trooping in. "First they asked me for a few copies of the books and then they started asking for all of them. By night, they were following us on motorcycles and finally at 1.30 am I was 'invited' for a cup of tea with the police superintendent," says Sunita. What followed was that Sunita was branded a member of the banned cpi (Maoist), and asked why she sported a large red bindi and whether she believed in the Indian constitution. "I politely reminded the superintendent I was here because I believed in Dr Babasaheb Amedkar, the man who wrote the Constitution."

Sunita's case took place a few months before Dr Binayak Sen was picked up in Chhattisgarh under similar circumstances, and several months after the state passed its draconian Special Public Safety Act, 2005 (CSPS 2005). Sunita was allowed to go, but the case continues. When did Sunita and those like her become a threat to the state and public safety? Her question about Bhagat Singh, who advocated deliberate, violent defiance against the prevailing British system, may be stretching it. For she and others like her have had nothing to do with violence. The issue here is dissent. And a democratic state with free speech and thought as articles of faith cannot justifiably turn so intolerant.

While Sunita was lucky enough to walk free, the law was being changed in several states to suit a new paradigm of public security. In Chhattisgarh, the CSPS didn't see any debate in the state assembly before it was enacted. It became a suitable tool to not only target an ideology but also those the state suspected of undermining its authority. Many of them were not gun-wielding ultras, but those who worked among the poorest and the marginalised. But if Chhattisgarh was coding its draconian measures into law, states like Maharashtra and Andhra Pradesh already had them firmly in place. 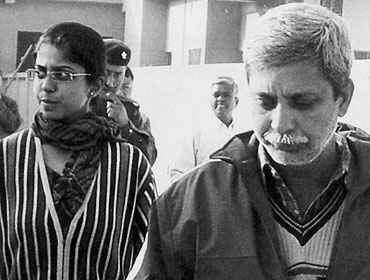 The CSPS was quick to find "suspects" in people like Dr Sen, a champion of human rights. Dr Sen's case found wide coverage, but there are other lesser-known cases. Prashant Rahi, now lodged in the Dehra Dun district jail, is battling charges of sedition and waging war against the state. He continues to languish in jail, and charges have been framed against him in a Haldwani court. But his associates, who have worked with him for nearly 20 years, paint a very different picture. While the police insist that Rahi is a member of the banned cpi (Maoist) and part of secret "3U Sec Committee", his colleagues say otherwise. Kamla Pant, who was Rahi's colleague in the movement for a separate state of Uttarakhand, remembers him as a committed man who always spoke for the poor and the marginalised, and of the continuous harassment by the "local intelligence" officials as they try to raise issues of bail or rights of those arrested and branded Maoists.

So what led to this disconnect between the state's perception of Rahi as a Maoist and those of his colleagues who are convinced that an innocent man is in jail for speaking up for the marginalised? "If he has any grievances, the entire judicial system is at his disposal to address them. We have enough evidence to prove that he is a senior member of a banned organisation," says M.A. Ganpathy, the inspector general of police (law & order). Justifying Rahi's arrest, another senior official argues that the police must intervene before the situation grows out of hand. "When should we step in? Now, by arresting the ideologues, or should we wait till it becomes a full-blown armed insurgency?"

But Justice Rajindar Sachar, former chief justice of the Delhi High Court, points to the Constitution of India for a counter-argument. "What about freedom of speech? Will the police now arrest people for their thoughts? In fact, an act like the CSPS 2005 makes it dangerous for us to even think since the state can interpret that as an act of sedition or waging war against the state." Worse, says Justice Sachar, "if in the name of security you curtail freedom, a time will soon come when there won't be any public security at all."

Senior advocate Ram Jethmalani is blunt when he points out that an individual can be arrested only if there is enough evidence against him. "You are welcome to keep such an individual under surveillance, call him to the police station or investigate his whereabouts and activities. But you cannot arrest him before you have concrete evidence to corroborate your suspicions."

But there are several cases like that of Sunita, Sen and Rahi: people have been charged with sedition and waging war against the state when they stood up for the rights of a disadvantaged community. Macherla Mohan Rao, a man from Chirala in Andhra Pradesh, had spearheaded the movement for rights of handloom workers for decades. As a special invitee to the Planning Commission, he had attended several meetings in a bid to address the problems of the handloom weavers. "But after participating in a relay fast in December last year, Mohan Rao was picked up and charged under section 8(1) of the Andhra Pradesh Public Safety Act for allegedly spreading the message of Maoism among the youth," says K. Balagopal, a human rights activist and lawyer.

While the cases continue to be argued in courts, draconian laws like CSPS have eroded the constitutional right of individuals to voice their dissent peacefully or even challenge the state's abject failure to provide equitable governance.

In the land of Gandhi, where civil disobedience paved the way to freedom, can such laws exist? Moreover, in a free and democratic republic, can such laws coexist with Article 19 of the Indian constitution, which offers freedom of thought, speech and opinions as a fundamental right? "Today if Bhagat Singh was around, he would be charged for sedition and waging war against the state and probably killed in a fake encounter," says lawyer and human rights activist Vrinda Grover. Is that the future of public dissent in India, sixty years after it walked the path of civil disobedience to gain its freedom? No easy answers there.

The Froth Is Dead