No Sci/Art/Com streams. So what else is different about IB? 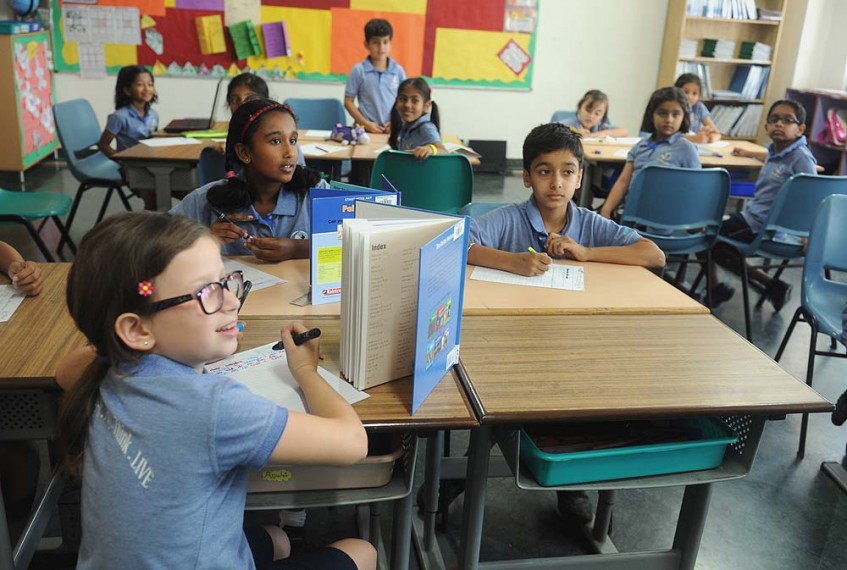 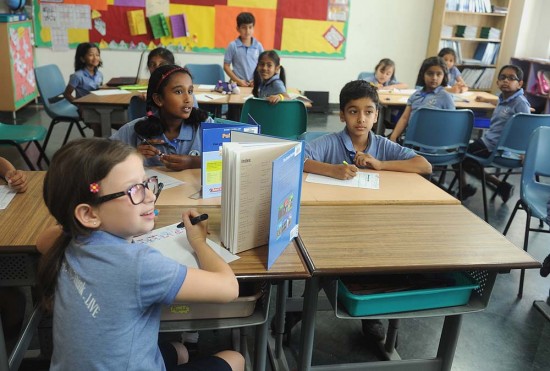 On a hot summer afternoon, the air-conditioned Std III classroom at Pathways School, Noida, is abuzz with 7-8-year-olds in heated discussion. “What’s the difference between art and craft? Is art a part of craft? Is craft art?” the teacher asks. Enthusiastic hands shoot up, faces shine with  eagerness. The idea is to encourage the kids to get comfortable with que­stions as much as ans­wers. So that the classroom isn’t the site of inert enc­o­u­nters with rock-solid fact, but a place of risky play where opinions form, as does the ability to express them extempore.

Such non-orthodox exercises are par for the International Baccalaureate (IB) course, a schooling programme administered by a Geneva-based organisation of teachers. It’s a programme scores of boarding and day schools across India—in the metros as well as smaller centres—are picking over equivalent CBSE, ICSE or state board programmes. ‘World schools’, as the IB affiliates call themselves, are hard to miss, thanks to their giant billboards and print ads. About a hundred schools offer one or more of IB’s three programmes—primary- and middle-years programmes and the IB diploma (or school-leaving certificate). IB  has become fashionable here only in the last 6-7 years, but India is already in fifth place: only the US, the UK, Canada and Australia have more IB schools. “Last year, we had 39 new schools from India applying, up from 26 in 2011,” says Ian Chambers, IB’s director for Asia-Pacific. “Clearly, with the growing Ind­ian economy, there is a great deal of interest in becoming an IB school.”

The programme is popular with students aiming to study at foreign universities. “The IB teaching style is in tune with teaching at universities abroad, so it bridges the school-college gap,” says Nicholas Argent, director at the British School, Delhi. “IB programmes are also very ‘international’ and well-recognised, as opposed to say the O- and A-level exams, which are limited to the UK.”

A few years ago, IB schools were in a way elitist. No longer. India’s growing middle classes, with their new money, are adding to the numbers seeking their children’s admission in IB schools. “A few years ago, I’d see mostly expats and NRIs resettling in India enrolling kids in IB schools,” says Shalini Advani, school director at Pathways, Noida. “Of late, I see a new demographic: non-westernised, simple, small business families.”

One problem IB passouts may face is losing a year: there’s a calendar mismatch some Indian universities won’t overlook.

Many in the middle class are also seeing the IB programme as a viable—if expensive, at Rs 8 lakh or so per year—alte­rnative to uninspired teaching. The attraction is a “pupil-centric” methodology, which takes time getting used to. Much involvement is expected of parents: they have to participate in events and interactions. For students, the emphasis is on papers, projects and presentations, not fact-gathering, memorisation and reproduction. Says Geeta Verma, a former CBSE teacher who now coordinates an IB diploma programme, “Ear­lier, parents had the misconception that IB is easier. They are now getting the hang of it, that it is all about skill-learning, through active, creative projects.”

Beyond its pedagogic slant, IB is also sou­ght out for its emp­h­asis on all-round development via projects and community service. Well-roundedness is also achieved, some say, through the absence of streaming: even at the diploma level (the last two school years), students cannot choose, say, the science or the commerce stream: 15-year-olds are con­sidered too young to decide. Another marker is that, at IB affiliates, perhaps more than at other schools, learning is tech-reliant: laptops and tablets are used all the time; the internet is forever on tap; textbooks are recommended, not compulsory. Research, experimentation, thinking and writing  are emphasised: one diploma-level requirement, for example, is a 4,000-word essay. 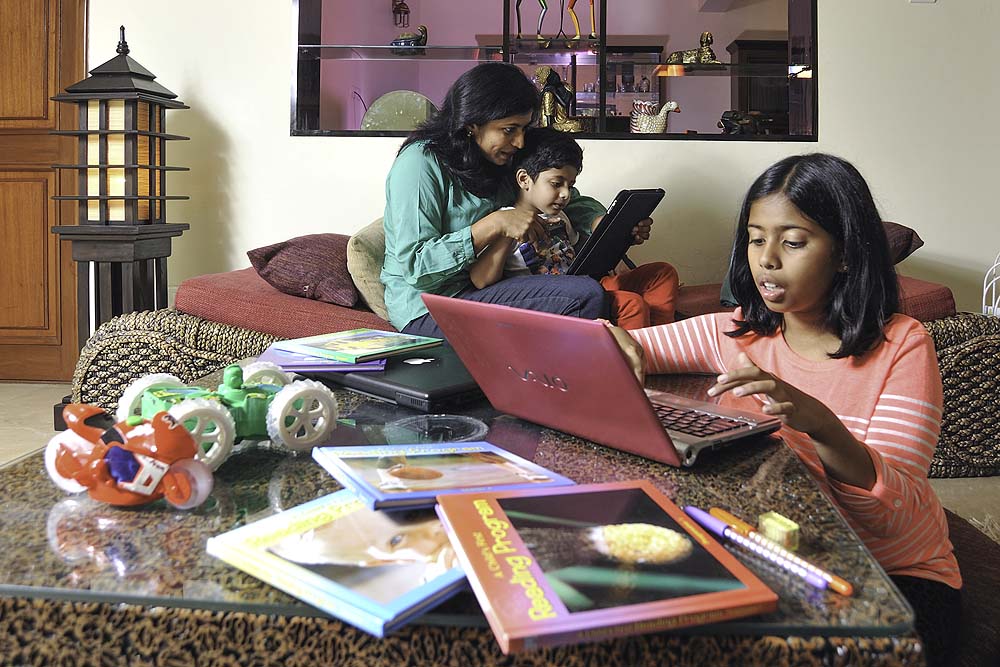 Avaneetha Nanda helps her son Aarav, while daughter Tanvi researches for a project. Both kids are IB-ers. (Photograph by Jagadeesh N.V.)

“My kids may not know the tables by heart, but my eight-year-old daughter can research any subject, and I see an amazing confidence and curiosity in my son,” says Avaneetha Nanda of Bang­al­ore, a healthcare professional, whose children are at IB schools. Other parents talk of the benefits of hands-on learning, which, due to a long Indian bias towards rote learning, has somehow come to be associated with western countries.

Strangely, the biggest challenge is get­ting into Indian universities—without losing a year. The pesky situation is the result of some universities not accepting provisional IB marksheets: the official results arrive a few months too late for the university calendar. While many institutions, including jnu and some colleges of Delhi University, Bangalore University and Mumbai University, rec­ognise the IB diploma and have formulae for calibrating IB scores against that of other boards, some are known to be IB-unfriendly. “I may apply to Delhi Uni­versity after school, instead of going to the US, but I’ll have to either forgo some colleges, like St Stephen’s, which don’t accept the provisional marksheet, or skip a year,” says Ashira Singh, who is taking the diploma exam next year.

The other hitch is the perception that students from schools affiliated to the CBSE, ICSE or state boards, having picked streams, say science or arts, would be better prepared for honours courses compared to IB passouts. Chambers claims this isn’t a problem: the IB course prepares its students well enough. Some wonder if it’s a fad, a none-too-unique pedagogical met­hod that is enjoying a cachet in a newly globalised milieu.

“Sure, IB’s fan base is growing rapidly, but let it not be a fad,” says Geeta, giving a teacher’s point of view. Avaneetha, as a parent, is happy at the availability of choices. “It’s good to see the educational landscape changing, with different systems available,” she says. Aman Kapoor, who went to a CBSE school but has put his children in an IB school, says, “I see the difference in how I used to study and how my children do. It’s a system of exploration and motivation. That’s the biggest draw. By the time my kids complete school, in a couple of years, I’m pretty confident Indian universities will be tuned to IB passouts too.”