A primer on music of the nu millennium 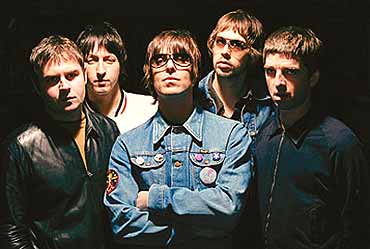 Grandpa swears by Nat King Cole. And dad still believes there is no music beyond the Rolling Stones and The Grateful Dead. So what does Generation Next jive to? Here’s a primer on music of the nu millennium:

Techno/House/Garage: Though many are loath to admit it, these are direct descendants of disco. In the ’80s, when disco was dumped as being too ‘poppish’, House evolved in Chicago and the underground discos of New York. A 4/4 bass pedal kick generated on a drum machine still remains the backdrop of the music. Disco with Soul is what it is all about. The basic vibe: dance and have fun. Underworld is top House act.

Deep House: Somewhere along the line jazz got in. This is music for the thinking man. Live musicians jam in. So do samples from old gospel and blues. The compositional element is not simplistic. And you can listen without dancing. Check out St Germain.

Trance/Rave: The bass kick pounds at 145 bpm (beats per minute). That’s the pace at which the heart beats when there is a rush of adrenaline. The music is looped (it keeps...