Except JuD, other militant outfits have refrained from direct sympathy for Osama 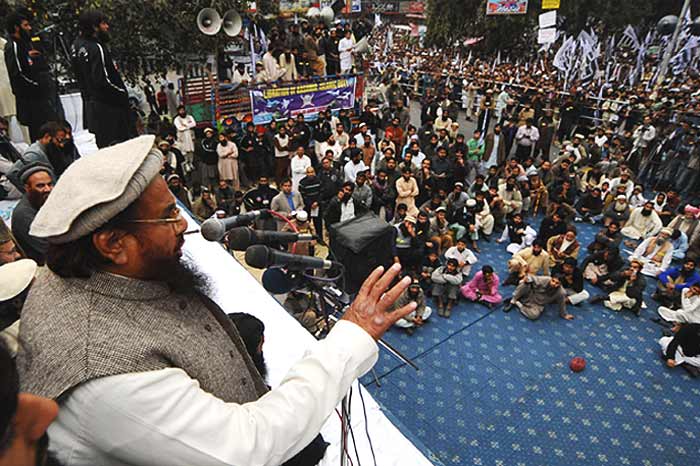 When Pakistan did not erupt over the killing of Al Qaeda leader Osama bin Laden on May 2, in sharp contrast to the thousands who thronged the streets weeks ago to protest against the release of CIA operative Raymond Davis, it was left to Jamaat-ud-Dawa (JuD) leader Hafiz Mohammed Saeed to strike a contrarian pose. The Lashkar-e-Toiba founder displayed chutzpah in conducting a Ghaibana Namaz-e-Janaza (funeral prayers in absentia) for Osama at the Markaz Al-Qadsia, Lahore, on May 6. Looking visibly shattered, the JuD leader said, “May Allah accept the sacrifice of bin Laden and give him a place in heaven.” He asked his followers to eschew sentimental reactions to the killing of Osama, explaining, “Martyrdom is not a loss but a privilege for Muslims as it creates awareness among the ummah.”

Islamabad didn’t say what it thought about Saeed’s speech, which sharply condemned “Pakistani rulers” for rejoicing at the killing of Osama. He thought their behaviour was despicable not only because it was aimed at pleasing the Americans, but also because they were expressing their joy at the death of one who had made such “sacrifices for the oppressed Muslims around the world”. He warned the Pakistani rulers not to “invite the wrath of Allah Almighty as bin Laden acted as a spokesman of the people of Pakistan and the whole nation is saddened by his death”.