The Slow Aarohan Of A Morning Raga

Finally, Rahul Gandhi’s anointment as Congress chief is imminent. Sights set on 2019, his task is to enliven the party. 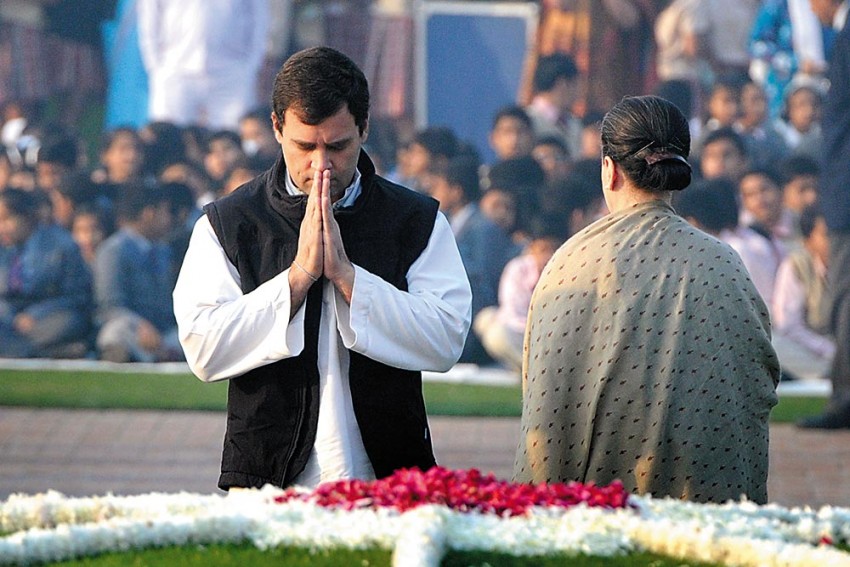 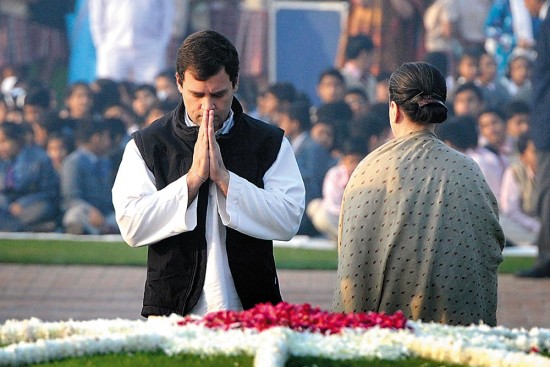 If everything goes according to script, by early December Rahul Gandhi should be seated in a chair occupied by five of his forebears: that of the Congress party president. Earmarked for years as a future leader of the party, he should not have any major hiccup before completing the formalities and taking over the mantle from his mother Sonia. This much is known, and assumed. But theere’s a big unknown attached to this: would this make him, necessarily and automatically, the Congress’s prime ministerial candidate for the 2019 elections?

The short answer: no, or at least not yet. Indications from within the party are that the Congress leadership is likely to adopt its 2004 strategy and refrain from projecting Rahul or anyone else as its PM candidate. Instead, the party is likely to expend its energies building a coalition of ‘like-minded’ parties, as it had done in the past against the NDA alliance led by Atal Behari Vajpayee. As of now, therefore, India is not about to witness a presidential-style gladiatorial contest between Modi and Rahul as a challenger to his prime ministership. The party will likely wait for the elections results before taking a formal call on this.

For the moment, the focus is on Rahul’s election as Congress president—and the iffiness about its timing that has long marked this pre-scripted transition. A couple of deferments have already been seen. Even now, some sections feel the changeover should wait till the assembly elections in Gujarat are over. That obviously was overruled and Sonia Gandhi has clearly indicated that she is willing to step down to make way for her son now.

“This is a much-awaited decision. His elevation will enthuse our cadres,” says senior party spokesman Shakeel Ahmed. Putting a positive gloss on it, he adds: “It’s a coincidence that while Narendra Modi’s popularity is sharply declining, Rahul’s popularity and goodwill are in the ascendant.”

Technically speaking, a process is under way in the Congress to ascertain from its members whether they see Rahul as the most desired contender as party leader. So far no one else has thrown his hat in the ring as a challenger to Rahul, though it cannot be ruled out. It had happened with Sonia in 2001, when she had to overcome a challenge from senior Congressman Jitendra Prasad before her re-election as party president. But that was when she was in her early, shaky days. The situation now is different. There are virtually no challengers to the Nehru-Gandhi family at this juncture. Rahul’s takeover should be smooth.

A long phase of reluctance had preceded this moment of clarity, which brought on occasional demands for a greater role for Priyanka Gandhi too. “This will put an end to the uncertainty in the party and that’s a very positive development,” says senior leader and former tribal affairs minister Kishore Chandra Deo. “His elevation will thus help improve the party’s image.”

Disaffected people in Gujarat seem to be open to Rahul and the Congress. In the role of party chief, he will be taken more seriously.

A future Rahul era for the party, with all the inherent ambivalences around it, was foreseen from the time he became a Congress general secretary. But a definiteness came in once he was made vice-president in a special session in Jaipur in 2013.

The enthusiasm he created in the party, however, soon dissipated with his inconsistency, eliciting questions on whether he was interested in politics. His occasional leaves of absence and mysterious foreign jaunts added to it; in the face of a strong wave in favour of Narendra Modi, the misgivings only magnified.

The sense that he was not always hands on persisted, though he made the odd good speech, as he did while addre­ssing captains of Indian industry at the CII in 2013, comparing a “beehive” model that favoured partnership and inc­­lusivity to the idea of “one man coming on a horse” to solve all problems. How­­­ever, in the mania around Modi in the run-up to the summer of 2014, not many had the time to listen—let alone appreciate—beyond the odd industry hon­­cho and the retinue of fawning party elders.

As party president, in the run-up to yet another general election—and after three years where the Modi wave has itself seen as many troughs as crests—his words are likely to be taken more seriously. As always, an enabling context makes all the difference, as it did to Modi himself during the last years of UPA-II.

The mood began tilting perceptibly in Rahul’s favour, perhaps for the first time, when he delivered a speech in Berkeley and engaged with students a couple of months ago. Many who had been led to believe stories about Rahul as a reluctant, non-articulate speaker were pleasantly surprised at his forthrightness, candour and light wit (“Abhishek Bachchan is a dynast, so is Ambani”). Later, foreign policy savants in Washington too reported being impressed after an interaction.

This new wind in his sail is what carried him to the Gujarat campaign in a positive frame of mind, further reinforcing the impression of a batsman in form. Taking advantage of the disappointment with demonetisation, GST and Modi’s failure to create jobs, the Congress and Rahul started speaking a language people seemed to be waiting to hear. Key alliances too followed in its wake, giving hope to Congress enthusiasts in Gujarat after over two decades. Power may still be elusive, but at least the Congress and Rahul Gandhi are being regarded as a factor. That too in Modi’s backyard. 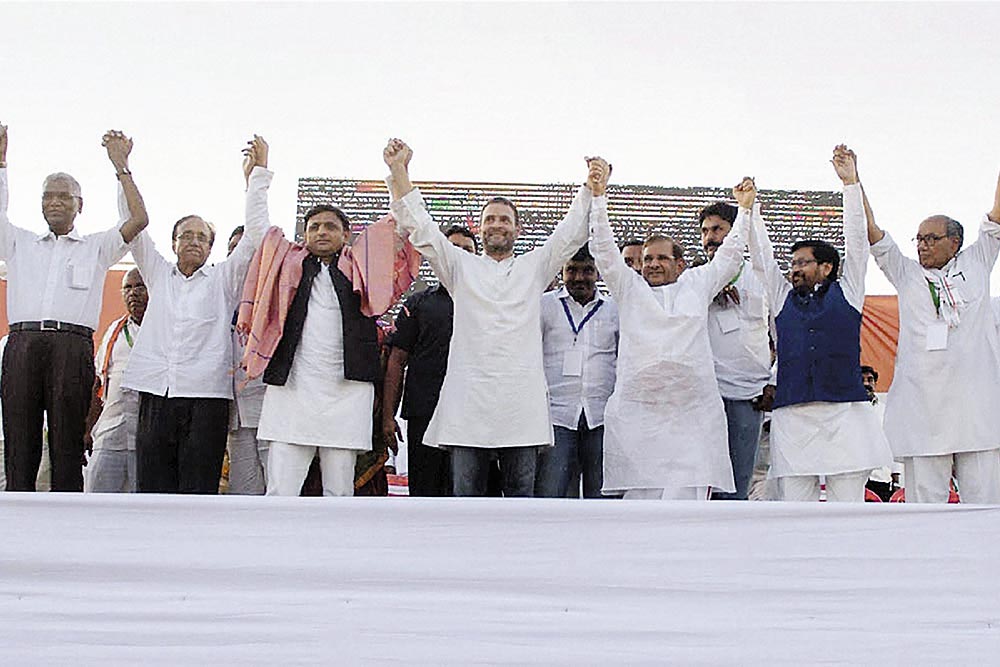 So shouldn’t this be parlayed into a higher ambition straightaway? “In coalition politics, a lot depends on arithmetic,” says Tom Vadakkan, national spo­­k­­esman of the party, explaining the method of caution. “If the arithmetic is in our favour, he will definitely be the prime ministerial candidate. But Rahul Gandhi will definitely be the face of the Congress.”

Since independence, members of the Nehru-Gandhi family have been natural claimants for the prime minister’s post: a fact seen by rivals as having more than a touch of aristocracy, out of line with how democracy should run. The three who did serve as premier—Nehru, his daughter Indira and her son Rajiv—operated at a time when dynasticism did not yet evoke as strong negative emotions as it does now. It’s only the shifting ground real­ity of recent decades that made the Congress rethink this practice.

Nehru, Indira and Rajiv had, of course, varying degrees of acceptance. The first was almost to the manner born, with doubts expressed about the naturalness of his candidacy only in recent critiques. Indira had a tougher time establishing her sway in 1967. But the circumstances of her death in 1984 gave Rajiv a carte blanche. Some senior members did have doubts and ended up paying a heavy political price for their misjudgement.

But when Rajiv too was assassinated in May 1991, there was no obvious choice from the family to step in. In those changed circumstances came P.V. Narasimha Rao, the first non-family Congressman as PM after the brief Shastri interregnum of the mid-’60s.

In 1999, as Congress president, Sonia did try to reverse this when she took the initiative of garnering support from other non-BJP parties in the wake of a ‘one-vote’ defeat of Vajpayee’s coalition government on the floor of the House. But when Samajwadi Party leader Mula­yam Singh and others demurred and put preconditions, she realised the days of an Indira-like writ were perhaps over.

Unlike Sonia, Rahul is not directly well known outside the Congress. He will have to make an effort to build durable relations for a coalition.

In 2004, Sonia adopted different tactics and prevented the party from announcing a PM candidate. The poll results showed Congress as the single largest party, ahead of the BJP, and it’s only then that she sought support from non-BJP parties, aware they would end up supporting the Congress for stability and keeping ‘Hindutva forces’ out.

However, when she met President A.P.J. Abdul Kalam to stake claim for forming the government with letters of support from others, she did not put her name forward. Instead, in a surprise move, she nominated her trusted lieutenant Manmohan Singh. Whether it was her Italian origin that had been raked up by detractors or reluctance stemming from other reasons remains a matter of debate. But her ‘sacrifice’ helped elevate her status both within and outside the Congress.

The next general election brings a similarly fluid, fragmented polity. Therefore, a ‘Rahul as PM’ pitch may not come formally, though it would be implied in ways—and those people who tend to be nostalgic about Congress rule will surely read it thus. For the party, though, it’s a question for later. In the interim, Rahul and the Congress have other tasks, primarily revolving around reinvigorating the party and making a serious effort to reach out to parties to build a viable coalition.

This does pose issues. For, unlike Sonia, who had worked closely with leaders of non-BJP parties in her two-decade-long stint as Congress president, while engaging on the party’s behalf with other members in the UPA coalition, Rahul is directly not that well known by non-Congress leaders. He will have to make a serious effort to come out of this zone and build durable relationships and ways of operating in zones where cons­en­sus-making, and not a natural right of way, decides the course of events. An effe­ctive coalition against a Modi-led NDA before 2019 would hinge on this. So would the seeds of a potential prime ministership.

The cautious tactics are natural: a Congress nominee as PM before the elections may go against the party. But, in the event of it ending up as the single largest party, it can legitimately seek to nominate its own candidate to head the new government. Even if not Rahul, will it be someone from the family, or will he too look for someone beyond as his mother did...these can only remain topics for loose speculation now. His elevation, though, will surely add a twist to political equations all around.

By Pranay Sharma with inputs from Bula Devi

End Of The Longest Regency