The Slip Is Showing

With a dip in industrial production, the markets are expected to cool off. So, after October's sizzling 9.6 per cent high, be prepared to encounter a plateau. 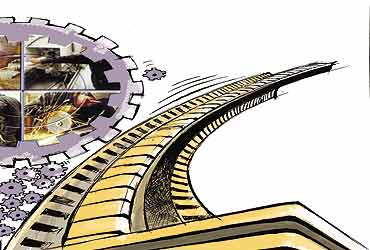 If India's soaring markets needed a jolt, it came last week in the form of figures that hinted at a slowdown in industrial production. According to government data, industrial production grew 6.9 per cent in November '05, down from 7.7 per cent growth in the same month the previous year. The dip, which was way below expectation among experts and analysts, came after earlier figures had shown a steep fall of 11.38 per cent in exports for the same month compared to the same period the previous year.