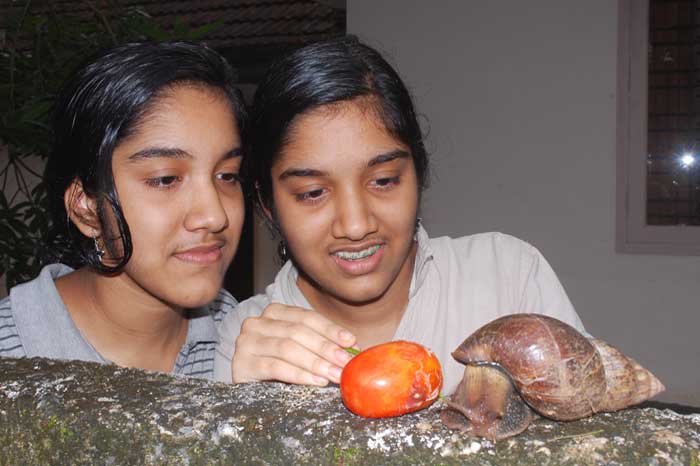 The monsoons are here and apart from the now cyclic clutch of near-fatal fevers, parts of Kerala are now under attack from a most invasive pest, the Giant African snail. This brownish, affable-looking intruder which devours vegetation and multiplies exponentially was first noticed in some southern and northern districts in 2005. But now, in several panchayats in the southern district of Pathanamthitta, it’s eating up plants and vegetables and creeping up the walls of houses, feeding on the calcium content in lime and cement. Calcium enhances its shell. The species was reportedly brought to Calcutta from Mauritius as far back as in 1847. Later on, down the years it was noticed in Karnataka, Orissa and Bihar.

Now, it seems to have found an idyll in Konni, Pathanamthitta, where homestead crops have been devastated. Tackling the menace has not been easy since the snail is nocturnal. By morning it goes underground, leaving farmers aghast at the plunder. And it seems to reproduce at will, not at all at a snail’s pace. The number of eggs per clutch averages around 200. A snail lays 5-6 clutches a year with a survival rate of 90 per cent.