In the muckfest that’s the IPL, Lalit Modi’s enemies have drawn blood 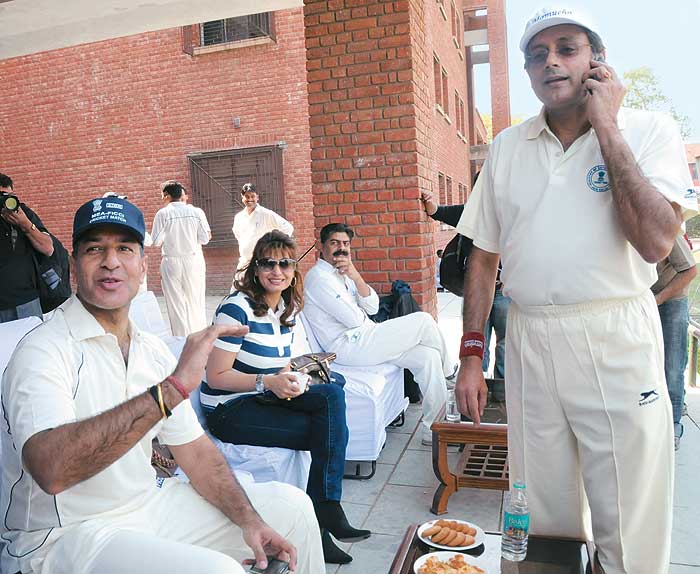 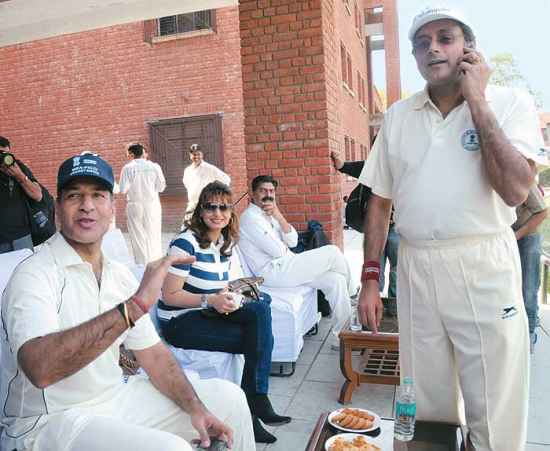 When, at 3:16 am on April 11, Indian Premier League commissioner Lalit Modi went online on twitter.com to reveal the investment pattern of Rendezvous Sports World—the owners of the newest IPL franchise, for Kochi—he possibly didn’t know he was opening a can of worms. “Who are the shareholders of Rendezvous. And why have they been given this 100’s of million dollars bonanza?” Modi tweeted. “25 per cent of Kochi team is given free to Rendezvous Sports for life. The same equity is non-dilutable in perpetuity. What does that mean”?

The question was a bait a fellow tweeter took promptly, asking if UPA minister Shashi Tharoor, the “mentor” to Rendezvous, owns something of the Kochi consortium. Modi replied: “I was told by him not to get into who owns Rendezvous. Specially Sunanda Pushkar. Why? The same has been minuted in my records.” Sunanda, as is well known, is in a relationship with Tharoor, and this revelation raised serious questions pertaining to political and financial impropriety.

IPL isn’t free of family and friends, but Modi made Sunanda’s name public because of an ongoing tussle between him and Rendezvous over signing their deal with the IPL. Rendezvous alleges that Modi had been delaying signing on the dotted line and had been trying to edge them out of the IPL. “It was clear to us that he didn’t want IPL to come to Kochi,” a Rendezvous source says. “He wanted to take it to Ahmedabad, because of either his proximity to Narendra Modi, or a pledge to other bidders who could field a team from there.” 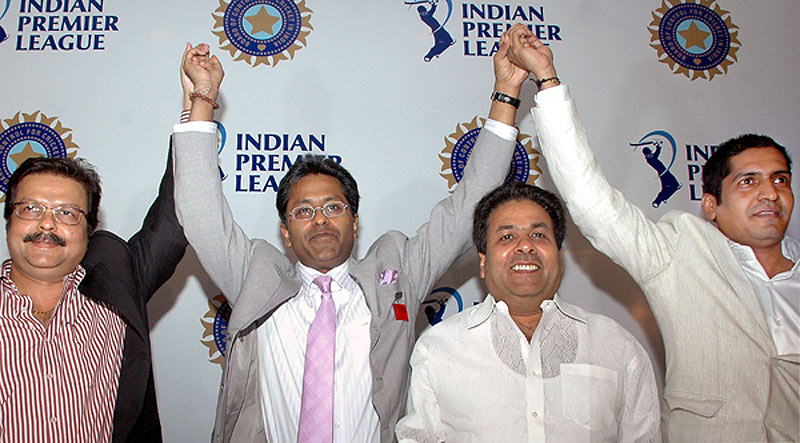 A source told Outlook, “He had been delaying signing the IPL franchise deal with Rendezvous.” Then, finally, as time was running out, the BCCI put pressure on Modi to sign the deal. “Board president (Shashank Manohar) sent a BCCI lawyer to Bangalore to make sure that Modi didn’t delay it any further and signed the document,” he said. “Even Tharoor sent his Officer on Special Duty (Jacob Joseph), and Modi was very angry when he signed it, in the middle of the night, at 2.30 am.”

This explains why, not long after that, Modi was on Twitter. “It had reached a point that had Modi not signed that day, the BCCI would have taken away his rights to sign on behalf of the IPL,” said the source.

Modi should have spotted what was coming: Manohar and powerful BCCI official N. Srinivasan have no love lost for Modi. They feel he’s too powerful and don’t appreciate his authoritarian ways. When a dispute arose over the contract of the International Management Group—which manages the IPL—last year, seven of the eight franchises backed Modi. The one to desist was Srinivasan’s Chennai. By ensuring Modi’s favoured bidder didn’t get a team, Manohar is striking back at Modi.

BCCI officials Shashank Manohar and N. Srinivasan are opposed to Modi. By ensuring Modi’s favoured bidder did not get a team, Manohar has dealt a blow.

Sources say this was the reason Manohar diluted the pre-conditions for bidding for the two new IPL teams last month. The changed conditions—the $1 billion net worth clause was removed, and a bank guarantee of only $10 million, instead of the $100 million proposed earlier, was now to be given by the winner—enabled Rendezvous to bid and win a franchise.

After the Twitter war, Manohar also chided Modi in a letter for revealing the shareholding pattern of Rendezvous on a public forum. “Your action is in serious breach of the confidentiality clause in the agreement,” Manohar wrote.

Tharoor and his friends in Rendezvous, pushed to the wall, retaliated with gusto. They alleged Modi offered them $50 million to walk away from the deal. Lalit Modi’s oddly ineffectual attempt to rebut this ran thus: “I can’t bribe somebody to give me the franchise because I am not a bidder in the first place. There is no reason for me to give them the bribe because automatically, it would lead to the cancellation of the tender....” Try making sense of that. More significantly, Rendezvous alleged political pressure was also brought to bear on them to withdraw. These allegations—plus pointed queries on the fuzzy ownership patterns in other franchises—goaded the government into action. On Thursday, income-tax sleuths visited the IPL headquarters and Modi’s office in Mumbai. It seems Modi’s chickens have come home to roost. BCCI insiders insist he will be downsized, either forced to relinquish or share powers.

Those who deal with the man inevitably comment on his oversized ego; for once Modi may have tried to overreach himself. Playing the unfamiliar role of a whistleblower, Modi was possibly unaware of its first consequence: immediate, intense scrutiny of the alarm-raiser himself. Unfortunately for Modi, his private dealings and operations as IPL commissioner don’t present a very flattering picture. His family’s ties with the IPL present a conflict of interest with his incumbency.

The digital and mobile rights of the IPL and the Champions Trophy are held by Global Cricket Ventures (GCV), based in Mauritius. In November 2009, Elephant Capital Investments, acting through a subsidiary in Mauritius, picked up a 50 per cent stake in GCV for $10 million. Gaurav Burman, Modi’s stepson-in-law, is a director in Elephant Capital. The company’s MD, Gaurav’s brother Mohit, is co-owner of Kings XI Punjab. Modi’s brother-in-law, Suresh Chellaram, based in Nigeria, holds a 44 per cent stake in Rajasthan Royals.

Various IPL teams are not in a position to make money any time soon, yet they’re attracting big money, arousing suspicion of money-laundering. Former CBI director S.K. Dutta says, “If the Enforcement Directorate is looking into it, then it is definitely a case of money-laundering. The aspect that needs attention is whether the person who invested in buying the Kochi team is an income-tax payer or not in India as that will decide a lot of things.” Sources in the ED say a definite role of the underworld in the entire play is suspected. “Money-laundering is somewhat visible, though proving such involvements and transactions are very difficult,” Dutta adds.

Another concern could be wrongdoing in matches. Paul Condon, the head of the International Cricket Committee’s Anti-Corruption Unit (ACU), said two years ago that “the IPL brings with it the biggest threat in terms of corruption in the game since the days of cricket in Sharjah.” An ACU official says: “That threat is alive and can only become more alarming.”

In just four days, IPL went from being glorified to being seen as the “Indian Corruption League”, in the end a huge embarrassment to the BCCI.

By Rohit Mahajan with inputs from Lola Nayar and Chandrani Banerjee