An exhibition of the works of the late Brij Mohan Anand, Penn Masala's fifth India tour and the Calcutta Ghost Tour 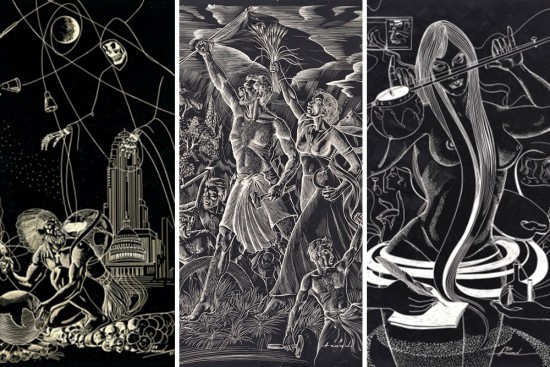 Delhi Art
The Devil, Farm Labourers and A Genie

He was the epitome of an avant garde artist—the works of the late Brij Mohan Anand will be exhibited in the capital this month. This will be the first public exhibition of Anand, known to be a maverick anti-establishment painter and illustrator, after his death nearly 30 years ago. Recently, a tranche of Anand’s unseen paintings was discovered in the attic of his Delhi home. Anand led a dual life: a commercial artist by day and one who bowed only to his artistic credo at night. He also refused to sell those works. Over 1,600 of his paintings have been catalogued, adequately showing his range. From works with socio-­political themes to kitschy drawings which drew from Bollywood and graced covers of pulp-fiction, Anand did it all. Though  without formal training, Anand’s nudes, not drawn from life, were accomplished. He also had a tendency to sketch out maps—remarkably accurate for free-hand works done in ink. A socialist, Anand had sent 50 greeting cards en masse to embassies/consulates at the height of the Vietnam War with a simple message: ‘Stop Burning Asia. The Death is Following you.’ Anand’s works are suffused  with similar messages. This is an artist who deserves a close look by audiences from another period. Till May 22, IIC