French photographer Chantal Jumel's tribute to Tamil women, third edition of the SHE festival and a new play at Prithvi 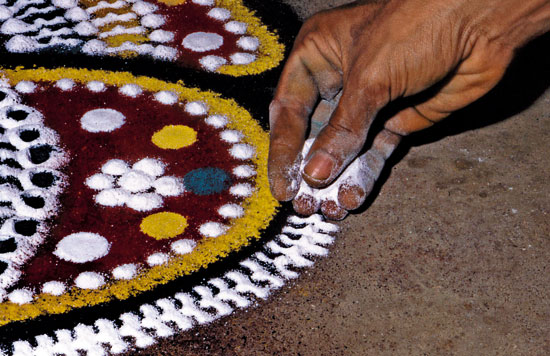 Juggling many hats comes naturally to French photographer, lecturer and Kathakali dancer Chantal Jumel, as does exploring various facets of a foreign culture. Via her photography exhibition ‘Inward Journey through Graphical India’, she pays homage to Tamil women, with whom she spent time learning the nuances of the kolam. Jumel had come to India to learn Kathakali and Mohiniattam. Along the way, she imbibed the local culture well enough to write a book, Kalam and Kolam, which delves into the ritual paintings and decorations of the south, exploring their origins, the myths surrounding them and their sensory and aesthetic appeal. Her photographs illustrate experiences with women of different communities and captures unique kolam designs. Considering that close to 25 million Tamil women are known to draw the kolam everyday, that would be a lot to choose from. Also set in rectangular frames by her is the spirit of the kalam ground paintings which form part of the tradition of the Ambalapuzha temple in Kerala. Till March 20, Dakshina Chitra 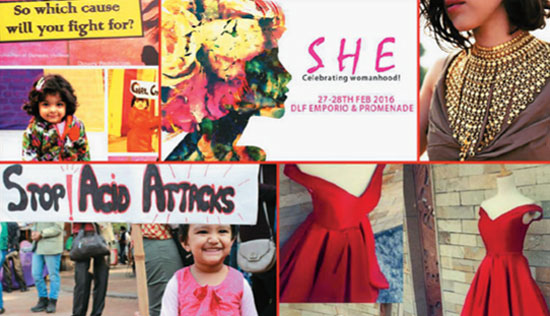 With a promise to be braver, bigger and better comes the third edition of the SHE Festival, which will set up base in the capital this weekend. The event is organised by the Self Help Enterprise, an NGO which promotes women’s welfare. While the first two editions focused on core women’s issues, this year’s festival will also look at aspects like financial independence, body-shaming, beauty bia­ses, rape, victim-blaming and women’s safety. It will also act as a platform for nearly 70 female desi­gners and entrepreneurs to showcase their products, including haute couture, Indo-Western ready-to-wear, jewellery, accessories and quirky home decor. The designers who will be present include Ameeran, Mini Shangle, Hemmistry, Miesu, Kaashi Wafta, Tarina Sen and Priyal Dua. And aside from all of this, self-defence workshops and colourful music and dance performances are also expected to light up proceedings. February 27-28, DLF Promenade

Pune Music  Missing a bit of the Knopfler in your life? The Back Pack, a band known for their tribute gigs and covers, will pay homage to the legendary rock band The Dire Straits in a performance. March 2, BlueFROG 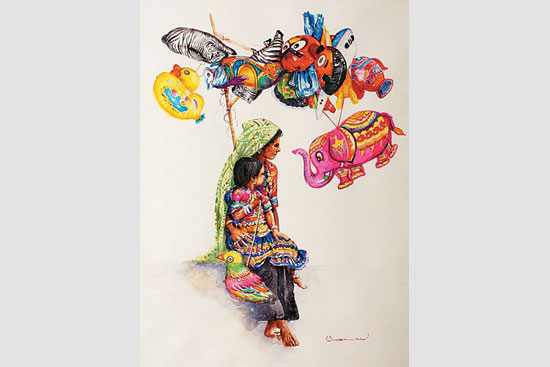 It is the month of love, and keeping with the Valentine theme is the art exhibition in Bangalore, ‘The New Romantics’, which seeks to explore the theme of love in contemporary times. Works of a number of artists, including Anand Panchal, Avijit Roy, Bakula Nayak, Basuki Das­gupta, Bhoomika Dange, Biswajit Mondal, Chandan Chowdury, Dhananjaya, Dhrubajyoti Baral and Elay­araja. The theme will explore the complex relationships that we share with fellow hum­ans, with nature and with god. Expect a wide variety of textures and styles in these expressions of adoration on can­­vas. Till March 5, Kynkyny Art Gallery 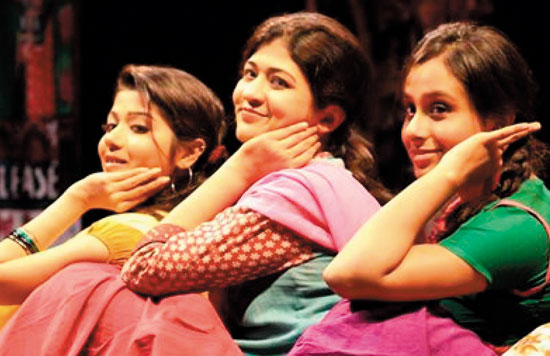 Written by Purva Naresh and directed by Rabjita Gogoi, Ok Tata Bye Bye explores the sensitive issue of caste-based prostitution. The play is based on the stru­ggles of a filmmaker couple, Pooja and Mitch, who attempt to make a documentary on the subject and encounter many roadblocks. It is stark, sensitive, serious drama, and the cast includes a passionate film-maker, a brazen sex worker and a rogue trucker. March 6, Prithvi Theatre