The Satchel Fits The Bottomline

India Inc is investing in higher education in a big way. And profit isn’t the only motive. 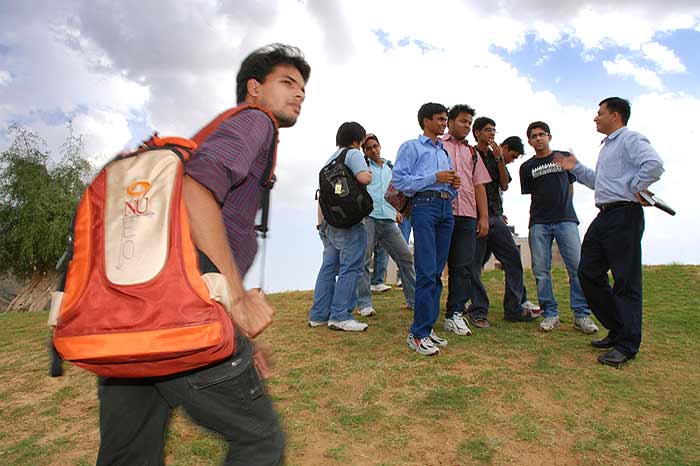 It’s a step up from setting up those fancy baccalaureate high schools. Over the past few years, the big boys of corporate India—Mahindra, Jindal, Jaiprakash, Adani—have entered the field of higher education. Wipro, HCL and GMR are among those set to commence academic sessions this year (even as their campuses are under construction). Yet others, like Reliance and HCC, are waiting for clearances—besides acquiring land—before they embark on setting up universities and colleges on the mega scale.

While the idea of corporate India investing in higher education is far from new (BITS Pilani was set up in the 1960s by the Birlas), times have changed. So has the scale and ambition. For instance, infrastructure and professional groups are now in the fray, with some like GMR, HCC and Marg Swarnabhoomi even forging foreign collaborations. Globally, academicians are noticing. “During recent trips to India, I was greatly heartened to see that many of the business houses are determined to create educational institutions built around the importance of the liberal arts,” says Prof Homi K. Bhabha, director, Humanities Center, Harvard.

But ask corporate India and they play it down. “It’s not as if there is a rush, but some of the leading corporate are setting up universities which are certainly not run-of-the-mill,” says Shobha Mishra Ghosh, director, FICCI. The caution is understandable: it takes time to set up a university, given the long procedures of getting permissions and recognition. Acquisition of land is an issue too. But given the demand-supply gap, the overall environment is benign.

In particular, what’s helping is enabling legislations in states like Haryana, Rajasthan, Orissa, Himachal Pradesh, etc which will provide greater autonomy in the operation of the university, including designing of courses. Thus, from creating faculty cadre, governance skill-sets, keen focus on research and innovation to infrastructure development, a new breed of universities is evolving. What does the trend hold for the higher education sector? More importantly, what does it mean for the industry and companies hunting for the right mix of talent and employable skills in graduates and post-graduates?

A joint study by NASSCOM and McKinsey in 2005 had estimated that only 25 per cent of engineering graduates were found employable by MNCs. Pointing to more recent studies, Rajendra S. Pawar, founder of NIIT University (NU), says, “The employability of engineering students in India for IT products is as low as 4 per cent and for IT services it’s 18 per cent. At NIIT University, we wanted to establish a new model in higher education which would provide industry-linked, holistic education to its students, making them global professionals.”

In terms of infrastructure, these universities and colleges are better than most of their government-run counterparts. But as far as faculty is concerned, most of them don’t necessarily score, feels Shalini S. Sharma of the CII. That is because they have not understood that swanky infrastructure is not enough (though it does help while charging higher fees). It is to be seen how many among the new universities will deliver on the faculty front as that is what helps some like BITS Pilani, Manipal University and Symbiosis stand apart. 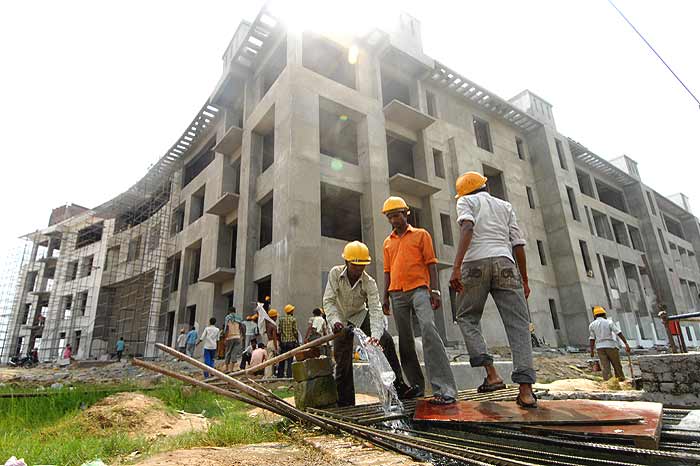 Some among the new entrants come with a strong philanthropic and educational base and are looking to make a socio-economic difference. Saurav Adhikari, president (corporate strategy), HCL, and senior advisor, Shiv Nadar Foundation, reveals that their Greater Noida-based university will select meritorious children with limited means “to nurture leadership rather than just fill job vacancies”. The objective is to make the students ‘change leaders’ in their hometown/community. Set to begin operations with the launch of a school of engineering this academic year, the university will roll out other branches, including in business, humanities, natural sciences and social sciences, in coming years.

The Azim Premji University in Bangalore too has a broad vision to create social-change leaders through education. As Dileep Ranjekar, CEO, Azim Premji Foundation, puts it, “This is the only university in the world focusing entirely on education and development domains.” Set to commence operation in the coming session, the university with a 350-strong faculty will offer post graduation courses in education, development and teachers’ education besides providing support to 12 state institutes and 50 district institutes for learning and development. It will also operate 100 demonstration schools.

Calorx Teachers’ University in Gujarat, set up by Delhi Public School founder Manjula Pooja Shroff, is another institute focusing on education research and development (it’s tied up with the University of Georgia) to create a cadre of quality teachers . Similarly, graduating from industrial training through its associate company Centum Learning, telecom major Bharti is giving management courses via tie-ups with other varsities.

Unhappy with the technology exposure and lack of practical experience imparted to students in most of the medical institutes, Max Healthcare is also planning to set up a university—in a tie-up with Harvard Medical School—to offer a range of courses to improve hospital, emergency and first-level care. “In the absence of trained personnel, we are already training emergency medical technicians and paramedical staff,” reveals executive director Dr Dilpreet Brar.

Constrained by the task of improving and promoting school education—an estimated 80 per cent of the government budgetary support goes for it—there’s hardly enough funds to support colleges/university programmes. This has resulted in private sector already catering to roughly 50 per cent of the student population at the higher education level. Needless to say, quality remains a casualty in most private institutes.

Given the legal entry barriers, most companies are launching their higher education ventures through trusts or not-for-profit arms, which means ploughing back the returns. Education experts, however, stress that everyone is not going the Wipro way (Azim Premji has pledged Rs 10,000 crore to fund the foundation activities). That means the institutes have to be self-sustaining after the first infusion of capital. Experts point out that, unfortunately, the model for most has been to generate resources more through student fees, unlike in the West, where this has a much lower share.

“I am glad that many corporate houses want to create schools built around the importance of the liberal arts.”
Homi K. Bhabha, Harvard

Admitting that cynicism arises out of the excessive profit orientation of the corporate sector, Ranjekar states, “The reality is that no educational institution (other than those running professional courses) in the world can be operated on a profitable basis relying only on student fees. Even Harvard Business School has an endowment of close to $32 billion.” There are expectations that the passage of some of the pending higher education sector legislations (Foreign Educational Institute Regulation, Prohibition of Unfair Practices, National Accreditation Regulation Authority, Educational Tribunals Bill) will cleanse the system and allow “corporates to enter in a clean way”.

Blaming the legislative framework for the two-decade-long gestation in their plans to set up a university, Aditya Berlia, pro-chancellor of Apeejay Stya University, is happy that the Haryana government statute in 2010 finally paved way for them to start operations with considerable academic and operational freedom. “This is a university, not a high school...which means you choose the subjects that interest you. There are no boundaries between different fields,” underlines Berlia.

Innovation and research, an area in which India has been lagging, is the key mantra then of many new players. There is eagerness among many, including Reliance, to be part of the government’s plans to promote innovation universities. Expectations that the government may expand the scheme (to set up 14 innovation institutes in the 12th Plan (2012-17) focusing on different areas of R&D) to include the private sector has led to some announcing high-end universities. At the recently held agm, Mukesh Ambani announced plans to set up a world-class multi-disciplinary university in Maharashtra under the umbrella of the Reliance Foundation, with an initial planned contribution of Rs 500 crore from RIL.

Another slowly emerging trend is of corporate universities— like those started globally by GE, Goldman Sachs, P&G and Coca-Cola among others. “The concept is at a very nascent stage. At L&T, we are trying to create enabling factors to match industry demands,” reveals M.S. Krishnamoorthy, executive senior vice-president. The infrastructure major is firming up plans to scale up its training unit at Lonavala “to converge into a corporate university at a later date”. The list of corporates waiting in the wings is long. One just hopes the brand conscious among them will deliver on quality too.

Passage Through A Blackboard