How the parivar flouted every law on children to traffic 31 young tribal girls from Assam to Punjab and Gujarat to ‘Hinduise’ them. And how it leaves their parents forlorn. 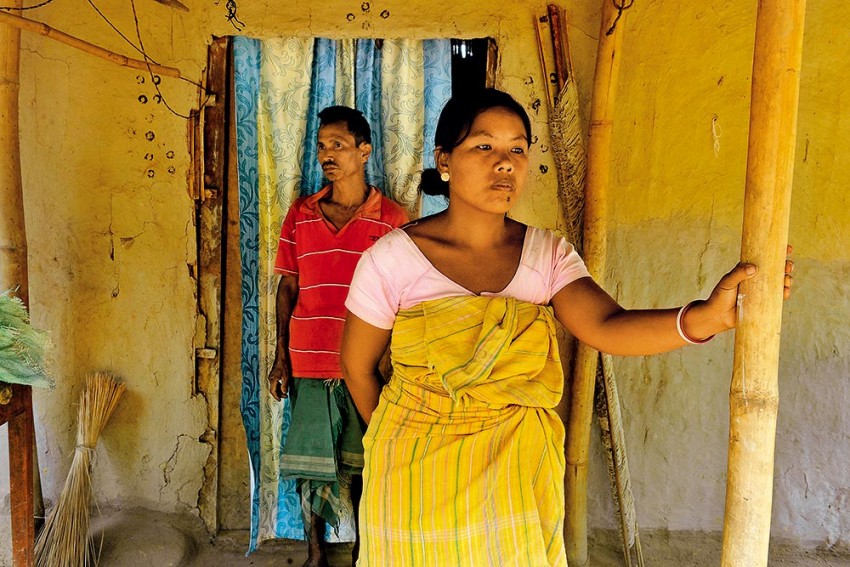 A Year On
Champa Bas­u­­matary has no idea where daughter Babita is
Photograph by Sandipan Chatterjee
Neha Dixit July 29, 2016 00:00 IST Intro: The Sangh’s Stolen Child Crusade 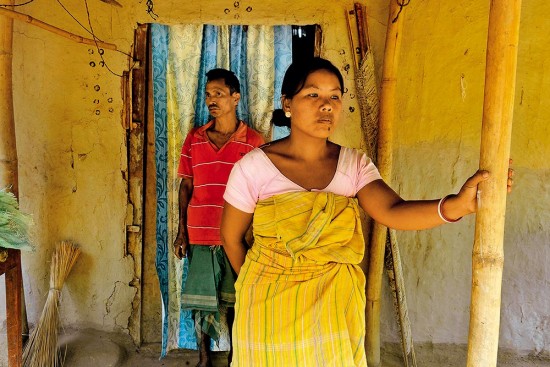 On June 7, 2015, two days before Babita left for Gujarat, her native Kokrajhar district, in Assam, saw the second showers of the monsoon. It did two things: it accentua­ted the breathtaking expanse of greenery in her village and forced the khangkrai alari out of their flooded holes in the three bighas of paddy field and farmland her fat­her Theba Basumatary owns, next to their small mud house, in Bamungangaon Bhatipara village.

Six-year-old Babita was always fascinated by these burgundy-coloured, eight-legged crabs. Each monsoon, she would spend hours catching  them, putting them in a bamboo basket covered with her mother’s worn dokhana. That evening, Babita demanded khangkrai alari curry. “It’s tedious to catch them, take out their outer shell and legs and cook the edible parts. But I cooked it, thinking who will make it for her in the school hostel,” her mother Champa recalls. Theba, sitting next to her, gets up and walks up to the wall. “Stop discussing all this,” he says to Champa, tears welling up in his eyes.

On June 9, 2015, two days after Babita’s demand for crab curry was met, she and 30 other tribal girls—aged 3-11 years—were made to board a train by two women, Korobi Basumatary and Sandhyaben Tikde, of two Sangh parivar outfits, the Rashtra Sevika Samiti and Sewa Bharati, on the promise of education in Punjab and Gujarat. The girls were from five border districts of Assam, Kokrajhar, Goalpara, Dhubri, Chirang and Bongaigaon. A year has passed since Babita left. The monsoons are back and so are the crabs. In all this time, the girls’ parents haven’t been able to contact them.

In a three-month-long investigation, Outlook accessed government documents to expose how different Sangh outfits trafficked 31 tribal girls as young as three years from tribal areas of Assam to Punjab and Gujarat. Orders to return the children to Assam—including those from the Assam State Commission for the Protection of Child Rights, the Child Welfare Committee, Kokrajhar, the State Child Protection Society, and Childline, Delhi and Patiala—were violated by Sangh-run institutions with the help of the Gujarat and Punjab governments.