His tradition is open to all, no particular group can claim it 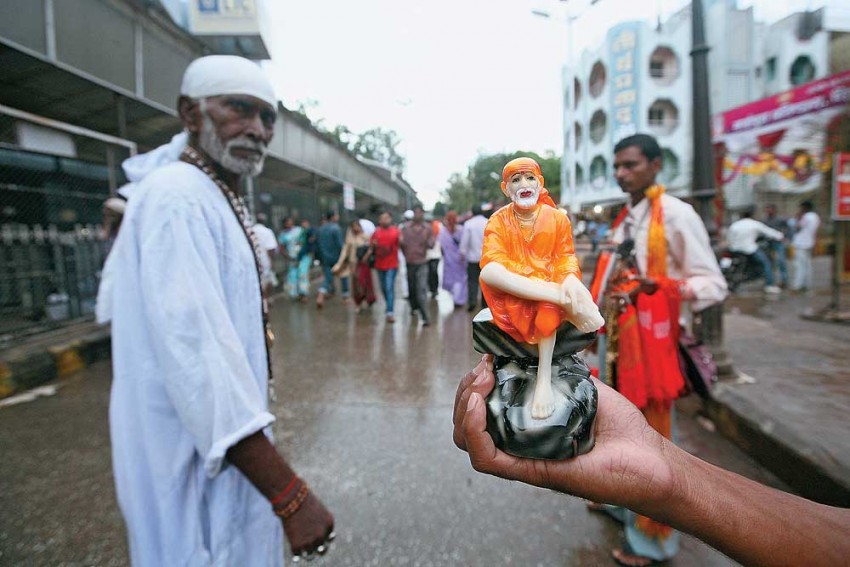 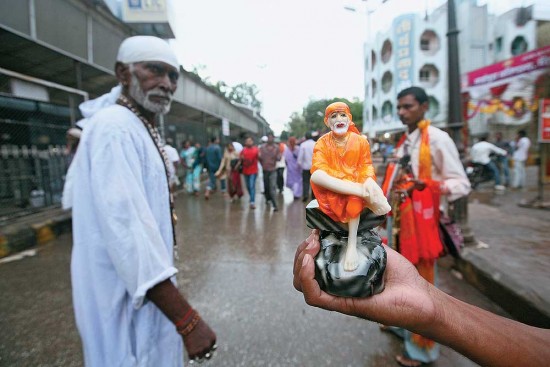 The debate over whether the Shirdi Sai Baba is Hindu or Muslim and thereby, by dint of that fact, can be worshipped or not shows a certain narrowing of what has been the Hindu tradition. In keeping with the intolerant mood of contemporary times, some men who claim to be the interpre­ters of the religion are only diminishing it. For it is in its ambiguities that the most profound observations of Hindu phi­losophy lie. It is in its polytheism that it gets the greatest spread.

In my book In Good Faith, published some two years ago, I had examined the integrative role of dargahs, Sufi saints and Bhakti preachers in that stretch of Maharashtra and upper Karnataka where the Sai Baba phenomenon took root. The area in which the Shirdi tradition spread was once deeply influenced by the Sufi-Bhakti way.

Such linkages even lead us to the Maratha hero Shivaji, also presented as one of the most compelling anti-Muslim figures. There are historians in Maharashtra who tell the tale of Shi­vaji’s grandfather, Maloji Bhonsle, who began the family tradition of consulting Sufi saints. He had particular faith in Shah Sharief, a saint who lived near Ahmednagar and whose ble­ssings he sought to have children. So when Maloji did eve­n­tu­ally have two sons, he named them after the saint—Shahaji, Shivaji’s father, and Serfoji, his uncle. Shivaji himself would later be particularly close to Sufi saint Sayed Yaqub, whom he’d often consult before launching a military campaign.

Travelling to the region around Shirdi in the late ’90s, I rem­ember the Sheikh Mohammed dargah in Shrigonda where followers recite his Yoga Sangram daily before a village audie­nce of Hindus and Mus­lims. The recitation is as follows: “The Vedas and Puranas tell us that he who respects the name of Hari will be blessed.” Namaz follows this extraordinary recitation.

“As a senior RSS ideologue once told me, “The Sai baba is the ideal Muslim. He does not condemn polytheism, actually promotes it.”

Across the Indian landscape, such shrines have been part of popular culture and religion. The Shirdi Sai Baba is a relatively recent figure, and modern idioms have undoubtedly played a role in the popularity of his cult. He died in 1918, but between 1955 to 2012, there have been 11 films on him in Hindi, Urdu, Marathi, Telugu, Tamil and Kannada. Most of us would also recall the song at the climax of the Manmohan Desai multi-­starrer, Amar Akbar Anthony, filmed on Rishi Kapoor and Nirupa Roy: “Shirdi wale Sai baba/Aya hai tere dar pe sawali”.

If the man with the benign expression appealed to all, it is because the tradition is open to all, no particular social group could claim it and it did not need to be interpreted by Brahmin priests. There is something modern, simple and inclusive about the mode of worship: believers just have to go to a Shirdi temple, hear the bhajans, say a prayer, make an off­ering (optional), collect rose petals from the statue’s feet and leave.

The Shirdi Sai Baba may have had Muslim origins but his followers are overwhelmingly Hindu. Muslims do not inc­lude Sai Baba in the line of Sufi saints venerated across the subcontinent. Yet we cannot overlook the fact that Sai Baba dressed like a fakir and lived in a rundown mosque in Shirdi. He kept a fire going in the mosque and, as his fame spread, devotees were allowed to blow conch shells and worship him in their own ways. In the end, he came to be a fakir who had great respect for Hindu traditions. His most frequently uttered words were “Allah malik” but he also sang bhajans (devotional songs) in praise of Hindu gods. When the villagers collected money to rep­air the dilapidated mosque where he lived, Sai Baba is beli­eved to have insisted that all local temples be repaired first.

B.V. Narasimha, founder-president of the All India Sai Samaj and author of a four-volume biography of Sai Baba published in 1955, has written that the birth and parentage of Sai Baba are “wrapped in mystery...we have not come across any person who has direct knowledge of them.” Accounts from those days suggest that the Sai Baba discouraged questions on his parentage and gave mysterious and vague answers. What is known about him is that he came to Shirdi between 1868 and 1872 and first lived on the village outskirts, then under a neem tree and finally moved into the dilapidated masjid. He collected alms and over the years also collected a band of devotees. At one point, a local qazi opposed devotees worshipping him in the mosque. At his behest, the locals decided to celebrate Urs (a Sufi celebration) and Ramnavami on the same day. Soon after this, the two celebrati­ons began to be observed on the same day. As he grew older, he was credited with performing miracles and people began to travel to Shirdi in droves. In 1917, Bal Gangadhar Tilak went to Shirdi to meet him. A year later, in 1918, the Sai Baba passed away.

The Sai Baba complex in Shirdi today must be one of the wealthiest in India and temples such as the Sai mandir on Delhi’s Lodhi Road some of the most popular for the aspiratio­nal Indian in search of a simple godhead. In Shirdi, the shrine does keep up the tokenism of maintaining the sort of Hindu-Muslim synthesis that Sai Baba propagated. A sacred fire beli­eved to have been lit by him still burns in the mosque and as is the tradition in all Sufi dargahs, Thursday evening/night is the day of greatest crowds at Sai temples across the country.

Notably, some of Sai Baba’s most devout followers are participants in the Hindutva project. Many RSS-BJP members have his image in their homes, even if he looks like a typical Muslim fakir with a beard and a cloth tied over his head. But these followers see no contradiction between worshipping a so-cal­led Muslim man and actually having prejudice and even dislike for the community. The explanation perhaps lies in what a senior RSS ideologue told me: “The Sai Baba is the ideal Muslim. He is someone who does not condemn polytheism but actively promotes it. He is therefore a bad Muslim but a good Hindu.”

One could then argue that the Sai Baba represents a Muslim who knows his place in a Hindu-dominated society. He app­ea­ses the majority and does not stress the distinctiveness of the minority. Yet we could miss the main point if we overinterpret or intellectualise the Sai Baba phenomenon. At their core, all such traditions are not about rituals as observed in places of worship controlled by upper castes. They’re about wish fulfilment and miracles, across castes and communities.

Because the Shirdi tradition became so popular in such a short span of time, there is undoubtedly a great deal of money at stake. There would be Hindu leaders with dwindling followings and increased irrelevance who could just be feeling plain jealous. Even the gods in the Indian epics feel that emotion.

‘Sai Baba Was Not A God Or A Saint, He Should Not Be Worshipped’