The Rush Of Amore, The Dying Of The Light

Florence and Fatehpur Sikri, the Mughals and the Medicis, wisdom and bawdiness—the sound and fury of Rushdie's latest novel finally signify nothing 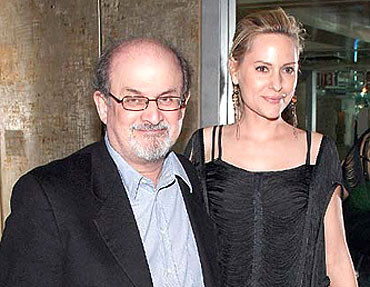 Having read all of Salman Rushdie’s works of fiction, I have come to the conclusion, for what it is worth, that in the nine novels he has written so far, though there is never a single sustained theme, there are three discernible ingredients blended into a cocktail: gin of high potency to make the reader light-headed, cherries or slices of pineapple to give it flavour, and fizzy soda water to give it bulk. The proportions in which the three are mixed determines their readability. By this method of reckoning, his second novel Midnight’s Children was the headiest. It won him the Booker prize as well as the Booker of Bookers. It made him the morning star in the literary firmament, the brightest in the galaxy. His seventh novel, The Moor’s Last Sigh, confirmed his astral eminence. He has managed to keep himself in the news by means other than using his pen. Besides his matrimonial alliances and break-ups, the controversy over The Satanic Verses has never died since it was first published.

The Satanic Verses could...