The Rumble In The Finmin Jungle 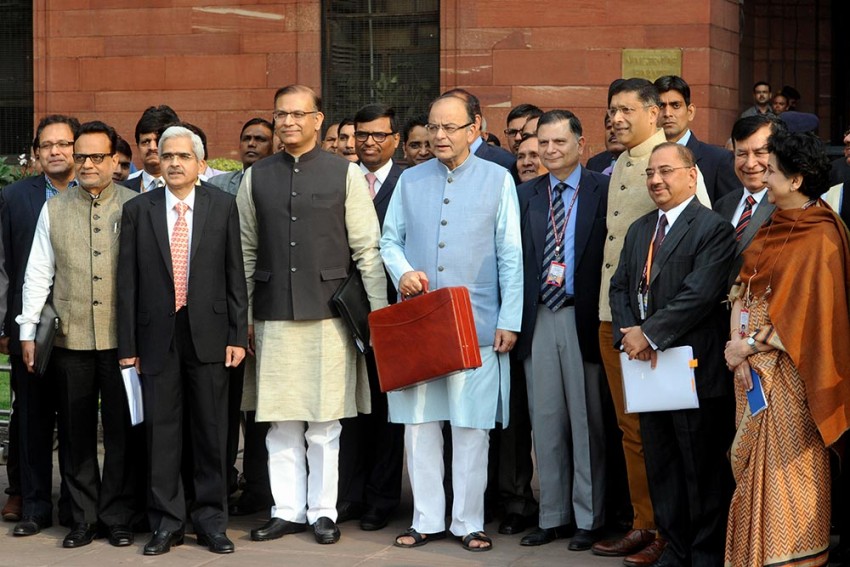 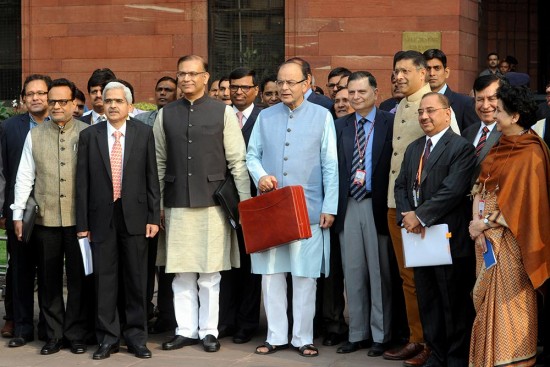 Last year, Outlook did two stories on the machinations in Arun Jaitley’s finance ministry. The headlines—‘Ministry of Fear’, in September 2015, and ‘Ask the Other Secretary’, in July 2015—concisely capture the lack of communication, constant shuffling and intense pressure to perform in the key ministry. It’s not been easy for Jaitley. Most observers agree that, in the absence of a pick-up in investments, announced reforms, and the pressure of expectations, Jaitley has not delivered adequately. The PM is driving economic policy and Jaitley is seen as competent, but lacking in wider vision, let alone a ken for spectacular results.

What has now dramatically stirred the pot is Rajya Sabha MP Subramanian Swamy’s attack on members of Jaitley’s team. The finance minister has manfully stepped in to defend attacks on chief economic advi­sor Arvind Subramanian and economic affairs secretary Shaktikanta Das. (The fact that he didn’t display similar alacrity in defending RBI governor Raghuram Rajan tells another story.)  Though professing to pursue the RSS’s line, Swamy’s direct attack on bureaucrats—both serving and retired—seems more than an ideological stance against Jaitley’s policies. And intriguingly, Swamy’s targets among bur­eaucrats are those who worked closely with former FM P. Chidambaram, a political foe.

“As a professional civil servant, you give your best professionally. Nothing more, nothing less. All this is unfair slander.”
Ashok Chawla, Former finance secy

What’s going on? “Now that the PM has spoken about it, there is nothing more to be added to that. He has spoken on behalf of the government and his line is absolutely clear,” says Nirmala Sitharaman, Union minister of state for commerce and industry. This emphatic statement by Sitharaman would have been more convincing  if the PM’s rap had indeed put a stop to Swamy’s personality-centric campaign on social media.

In fact, Swamy’s threat of exposing 27 bur­eaucrats has angered more than upset the IAS lobby. With charges flying, bureaucrats in the finance ministry are confused even as they deal with sensitive matters. They don’t know which decision will lead to a paper trail tomorrow. Fear is in the air. That’s exactly what Swamy seeks to achieve. His group’s argument is that Jaitley, being a Lutyens’ insider, is protecting vested interests. By working with Chidambaram’s key bureaucrats, the charge goes, Jaitley is protecting the status quo.

“The conjecture of an official being close to Chidambaram or any other minister means what? All these charges are based on hearsay, not facts.”
Arvind Mayaram, Former finance secy

On Jaitley’s team, the only prominent aide who had worked with Chidambaram is Shaktikanta Das. All others, like former finance secr­etary Arvind Mayaram, were moved out in the first year itself. As a senior official says, “Officers with perceived proximity to Mr Chidambaram, including joint secretary Rajat Bhargav, have been shunted out. Only Das remains. While he enjoys the confidence of the minister, he too paid the price of proximity to PC, as breaking away from tradition, Ashok Lavasa, younger to him, has been made the finance secretary. The reason being given is that Lavasa’s IAS merit rank is higher.”

Besides the Twitter campaign, a set of papers questioning official decisions by bureaucrats and attributing malafide motives is doing the rounds. Among the various charges against former finance secretary and Competition Commission of India chairman Ashok Chawla is that he built a Rs 50-crore house in Saket, an upmarket south Delhi colony. Chawla clarifies that the plot was acquired by his father in the 1970s through DDA auction, and that he inherited a single-storey house which he rebuilt in 2009-10 as a three-storey house. “It was all reported to the government,” says Chawla, currently chairman of the National Stock Exchange. On the questions raised about decisions taken by him as finance secretary, he says, “As a professional civil servant, you give your best professionally. Nothing more, nothing less. All this is unfair slander.” 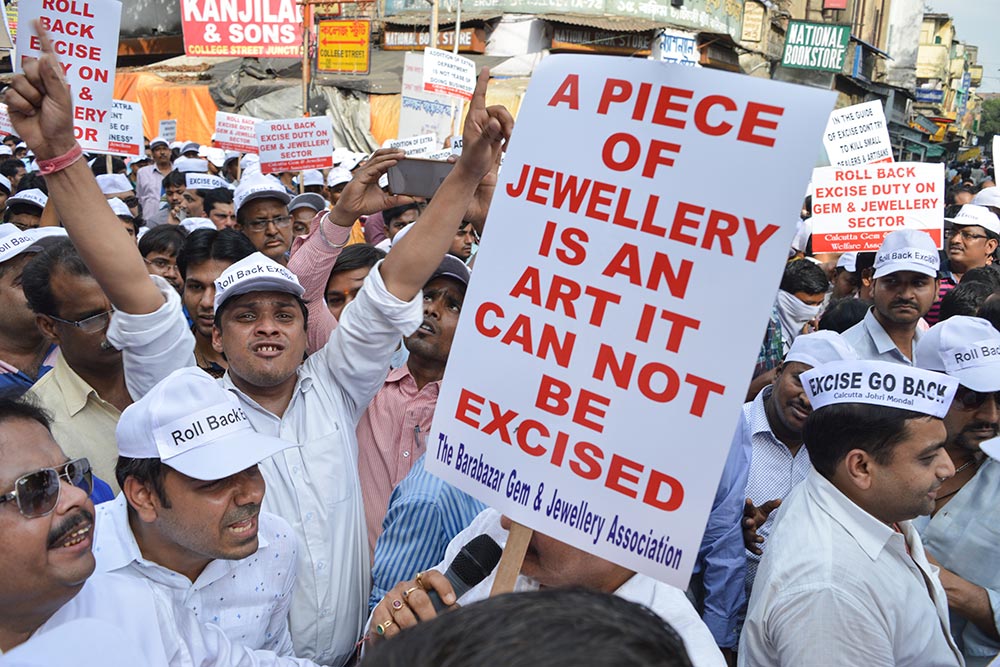 Jewellers in Calcutta stage a protest against imposition of excise duty

Some other bureaucrats named in the report took the same line. D.K. Mittal, who retired as financial services secretary, recalls that during his one-year stint with Pranab Mukherjee and six months with Chidrambaram, there was no pressure to grant favours. “There was a huge pressure on me from others (and not the ministers) who brought strong recommendations in some cases. There were even threats of transfer. My response was to ask the corporate entities and others to route the recommendation through the minister in writing,” says Mittal.

Many Finmin officials perceived as close to PC have been shunted out summarily.

Arvind Mayaram, former finance secretary who retired earlier this year as minority affairs secretary, however, paid the price for his proximity to PC. Among the speculated reasons is that Jaitely’s maiden budget speech, for which the finance secretary is responsible, caused some embarrassment to the government because it was criticised as disjointed and similar in tone and tenor to an earlier Chidambaram speech. What upset some fellow bureaucrats was the vindictive manner in which Mayaram was shunted from the finance ministry to the tourism ministry, and within a fortnight to the ministry of minority affairs.

All praise for the respectful behaviour of former boss Jaitley, Mayaram says philosophically, “Civil servants face the rack all the time. They are often transferred in the 38 years of service, sometimes with no explanation....nobody asks if the rum­ours are a fact or not. The conjuncture of an official being close to Chidambaram or any other minister means what? All these charges are based on hearsay, not facts.”

“I have no personal target of any kind. No one has accused me of targeting even Rajan as a person. It’s all on principles and policies.”
S. Gurumurthy, RSS ideologue

The viciousness behind these attacks has an ideological underpinning. It is no secret that there is a growing disenchantment among a section of BJP supporters—including its ideological parent the RSS and the Swadeshi Jagaran Manch. The feeling is that Jaitley is pushing policies detrimental to small businesses, which have for long been the engines of growth and employment generation. “Either Swamy is a loose cannon, or he is not. But he is clearly someone who is working for a section that feels it does not have the space and area it should have—namely in economic policymaking,” says a senior technocrat closely associated with the finance ministry.

Dr Ashwani Mahajan, national co-convenor of the Swadeshi Jagaran Manch, categorically states that their fight is not against individuals but against policies. “It is not as if we have put a stamp of approval on all that Swamy states,” he says. “We have always said these foreign consultants cannot do any good to the nation as they look upon India from the point of view of the western nations. There is nothing hidden about how we feel about foreign consultants.” Reposing faith in Indian politicians and not questioning their patriotism, Mahajan emphasises, “Our stance has always been that policymakers should come out of the mindset that India’s development is only possible through foreign capital and foreign resources. Have more faith in India and Indian intellects, not ‘foreign consultants’ and green-card holders.”

“Now that the PM has spoken about it (Swamy’s attack), there’s nothing to be added. He speaks for the govt, and his line is absolutely clear.”
Nirmala Sitharaman, Union MoS, Commerce

The further opening of FDI norms in nine sectors, particularly animal husbandry, food processing, small arms manufacturing and pharma, has upset the Manch, according to its national spokesperson Deepak Sharma ‘Pradeep’. “We are not opposing individuals, but policies framed by them.... The top priority of the government is emp­loyment, and if we have to compromise on that for growth, we are totally opposed to it as it would be jobless growth,” he states. Pradeep emphasises that the Manch has data to back their objections on FDI.

Chartered accountant, columnist and RSS ideologue S. Gurumurthy  too echoes that in a text message: “I have no personal target of any kind. No one has ever accu­sed me of targeting even RBI governor Rajan as a person. It is all on principle and policies.” He explains: “All my comments in my article on Rajan (in which he criticised him) are about RBI policies. On the Mudra issue, which only concerns the finance ministry, on February 28, 2015, itself the financial services department set out the contours of the new Mudra law. So the finance ministry view on Mudra is favourable. Jaitley has done his job. RBI didn’t allow it.”

“It’s not as if we’ve put a stamp of approval on all that Swamy says. We’ve always said foreign consultants can’t do any good to the nation.”
Ashwani Mahajan, Swadeshi Jagaran Manch

In the interim, there is a suspenseful wait to see how the campaign by Swamy and RSS-affiliated bodies will influence Modi’s choice of a new Reserve Bank of India (RBI) governor. Outgoing RBI governor Raghuram Rajan may have hoped for some reprieve from the barrage of disparaging attacks, having made it known he’s not seeking a second term. But sadly the attack continues.

It’s not quite a paralysis: decisions continue to be made in the finance ministry. But the system has become more closed to information flow. Unfortunately, with the position of the finance secretary having been diluted substantially, lack of coordination continues to plague the ministry. The only heartening factor is the strong defence put up by Jaitley for his team. Will that keep out the hounds baying at the doorsteps of North Block? Once again, only the PM can clarify. Since he’s already spoken once, let us see what he does to stem the rumble in the jungle.

The Importance Of Being Arun Jaitley