The Rot At The Core

Oust criminals from our polity and governance will automatically run smooth 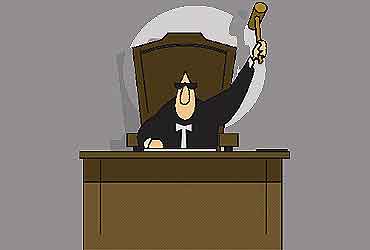 outlookindia.com
-0001-11-30T00:00:00+0553
The crisis in Jharkhand is over. But the crisis it triggered in our Constitution is only just beginning. Outside the BJP, and some of its allies in the NDA, there is now widespread agreement in the country that in ordering Shibu Soren to face a vote of confidence four days before the revised date of March 15 set by the governor, and in asking the pro-tem speaker of the assembly to conduct it, the Supreme Court breached the walls that divide the legislature from the judiciary, and thus drove a coach and four through the separation of powers that is the guarantee of citizens' rights in our democracy.

The SC has done this by breaching Articles 212 and 122. These provide that "no officer or member of Parliament, who is vested with the power of regulating the procedure or conduct of the business in the House or in the matter of maintenance of order in the House, shall be subject to the jurisdiction of any court in respect of the exercise by him of those powers". In the process, it has also opened the door for Parliament and the state assemblies to discuss the judgements handed down by it, and by the high courts in the states. In future, therefore, judges should not be too surprised if MLAs and MPs start questioning their verdicts and impugning their motives for delivering them.

Fali Nariman's warning therefore deserves to be engraved in stone over the entrance to legislatures and high courts across the country. "The great organs of the State are by constitutional diktat left supreme in their own respective spheres. That is because the Constitution, the supreme document of governance—the document that binds courts, Parliament and state legislatures—is above them all, on a pedestal (as it were) proclaiming to one and all that 'howsoever high you be, the Constitution is above you'."

To stave off the impending crisis, a presidential reference, designed to shore up the crumbling walls of the Constitution, is essential. But even if the Congress agrees to make it, is simply restoring the separation of powers enough? Should we not be asking what made the Supreme Court cross the line in the first place? The earliest successful public interest litigation was directed against the quarrying of limestone in the Dehradun hills in the '80s. Judicial activism gained a hard cutting edge when the Supreme Court sentenced a secretary to the Karnataka government—a highly respected IAS officer—to six months in prison on the grounds of contempt of court, for not implementing an earlier order. Since then, public interest litigation has multiplied and the courts have issued directives to the executive with increasing frequency on subjects as diverse as cleaning up the air in Delhi, preserving the Taj Mahal at Agra, moving polluting industries out of cities, closing down brick kilns and stone quarries, regulating child labour, cleaning up the Yamuna and ensuring speedy investigation of select cases by the cbi.

In all of these, the space for judicial activism was created by the failure of the executive branch of the central or state government. The pil invariably originated in a plea by ordinary citizens to make the executive implement laws already passed. The courts simply took the position that a failure to implement these laws harmed the people's interests.

But why has the executive failed to do its duty? Sheer cussedness could be one reason, but it's not enough. Lack of money to implement projects or carry out administrative reforms sanctioned by the legislature is a more common cause. But by far the most common is the opposition of the ruling politicians of the day. This is because implementation of such laws threatens the vested, often criminal, interests upon whom they have come to rely on for money and muscle power to win elections.

The nexus between crime, black money and politics is now more than four decades old. Political parties and aspiring legislators forged links with the coal transport mafia in Bihar, timber smugglers in the Himalayan states, gold and contraband smugglers in Maharashtra and Gujarat, owners of stone quarries in Rajasthan, UP, Haryana, Andhra Pradesh, Tamil Nadu and elsewhere, and bootleggers across India. More generally, wherever an industry or trade has sprung up in the unorganised sector of the economy, its entrepreneurs have needed immunity from existing laws to grow, or from new laws to protect their profits. So, more and more laws have been broken with impunity or never been implemented. Over time, a criminalised intermediate stratum has emerged that is now largely above the law. Its most prominent members have entered Parliament or the state assemblies and made themselves totally immune to prosecution.

Pil is a revolt by civil society against the criminalisation of our polity and the courts are its weapon of last resort. Manmohan Singh and his cabinet colleagues apparently understand this. That is why they have shied away from making a presidential reference over the Jharkhand issue. But the remedy for a disease should not make the patient even more sick. Their right course would have been to tackle the causes of the criminalisation of our democracy even while making the presidential reference that Somnath Chatterjee had asked for. They can still do so.

An absolutely necessary, if not sufficient, prerequisite for breaking the crime-politics nexus is to create a state fund for recognised political parties to finance elections and run their organisations. No one knows this better than the PM, who has been speaking about it in public ever since 1995. This is also a part of the Congress manifesto and the cmp. So, why has the government allowed 10 months to pass without a whisper on this subject?