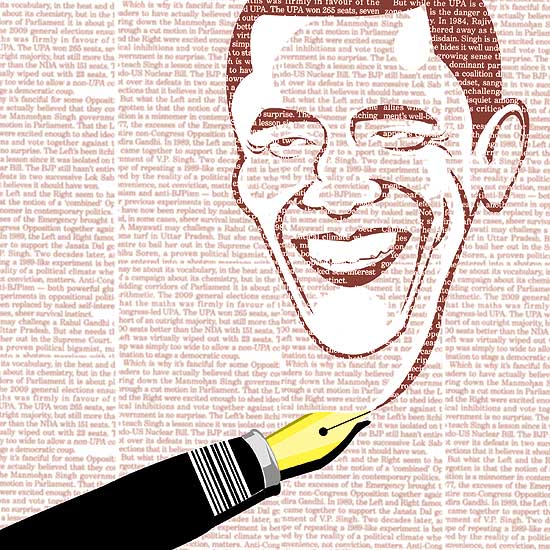 Hopelessly bedazzled by the trappings of power, our media mostly projected a fairytale image of President Barack Obama’s visit to India, pushing aside—with a few exceptions—substantive issues and objective analysis. Dished out by an Indian media organisation and lapped up by right-wing talk show hosts in the US, the story about Obama’s India tour costing $200 million (Rs 900 crore) a day may be incorrect and vehemently refuted by White House spokesperson Tommy Vietor, but is a fine example of what our media was looking for in an important diplomatic event.

Though such a wide-eyed look blinks at minutiae, that the presidential visit was an extravaganza is incontrovertible. Obama travelled with hundreds of business leaders, officials, security personnel and journalists. Food was brought over, so were limos; the Americans even hauled along a telephone exchange. And all 537 rooms in the Taj were booked. Vietor refused to give the expense details for fear of revealing how much the visit cost the US taxpayer.