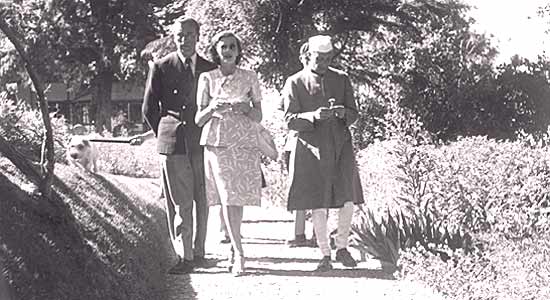 It was in July this year that the Union information & broadcasting ministry, in its self-anointed role as the custodian of morality, put the brakes on the proposed shooting of Indian Summer, a film based on the book of the same name by Alex Von Tunzelmann. The ministry’s objection was that the film, going by the draft script, was not the story of India’s Partition, as claimed by Working Title, the British production house, but more about the romance between India’s first prime minister, Jawaharlal Nehru, and Edwina Mountbatten, the last vicerine of the British Raj. It has now come to light that the one-man committee of Gajanan Wakankar, a former ifs officer, assigned the task of vetting the script, took a rather lenient view and even said it was well-written. Wakankar only objected to two scenes, which he said had factual errors (see box). But in observations and comments, dated June 1, Wakankar notes: “Are the scenes objectionable to the extent that we should ask the writer to delete them? After all, it is a historical fiction. Besides this, are we a censor? Are we custodians of public morality? None of it. Why should we be prudish about a work of fiction?” But really, what was it in the script by William Nicholson—who also wrote the films  Elizabeth: The Golden Age, Gladiators and Martin Luther—that made the ministry see red? Outlook accessed the script of Indian Summer submitted by the producers to the ministry for clearance. Here are some extracts, including those deemed objectionable: