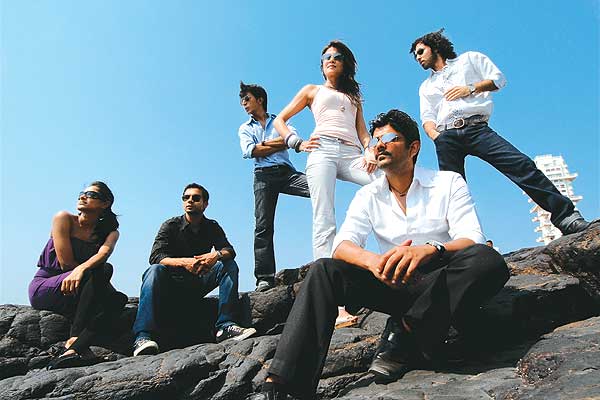 Twenty-two-year-old Indore girl Neha Chauhan would never have imagined that her brother’s wedding video would prove to be her ticket to Bollywood. The aspiring filmmaker was shooting a documentary in Chennai when her friend, music composer Sneha Khanwalkar, called to announce that director Dibakar Banerjee had, on a chance viewing of the video, decided to cast the “sad, quiet” girl in his new film, Love Sex aur Dhokha (LSD). The reluctant Neha wanted to work behind-the-scenes instead. She started off by assisting casting director Atul Mongia, but one fine day, she slipped into the key role of Rashmi, a store attendant, who is caught having sex on CCTV camera. It’s the bold scene that turned LSD, and Neha, into the talk of the town. Overnight.

Who stars in it? It’s the standard question asked about any movie. However, if the movie in question is Dibakar’s latest cult success, it’s a tough one to answer. From the inventive camerawork to the intertwined narratives, the film, on the changing dynamics of relationships in an increasingly voyeuristic world, marks many departures from the regular. The standout aspect, however, is the filmmaker’s gutsiness in casting rank newcomers in all roles, leading or tertiary, and extracting a brilliant turn from each one of them. You can’t put a name to a single face on the screen but each of those faces lingers on much after the film gets over.